A Contrarian View on Automation - InformationWeek

Beware the overly optimistic ROI estimate when it comes to an automation initiative.

The "Age of Automation" is upon us. Companies strive to reduce their costs by using technology to replace humans at every opportunity. Business executives fight over experts in artificial intelligence and data science in hopes of attaining a competitive edge over their rivals. Even the wary flock to siren calls of ever-greater efficiency via investments in computers, robotics and software.

But is the path to profitability paved with big data? It’s important to consider more contrarian views, so that investments in digital work for us, rather than vice versa. We examine here the tangible and intangible costs and benefits of embarking on a journey towards automation.

Sometimes the estimated ROI isn’t as high as you think

Years ago, grocery stores went through a nightly ritual: Stocking crews would unload boxes of goods from pallets, cut the tops off the boxes as they passed by on a roller bed, and finally stamp a price or attach a price sticker on each can or package. The goods then went onto shelves, from where shoppers would later take them to the cashiers, who would read and punch the prices into cash registers.

No wonder the stores embraced the Universal Product Code (UPC)! No more manual pricing of each individual item. No more manual reading of the price, and no more manual entry of the price into the register. Many store managers hoped for enormous cost savings and improved profit margins.

But here’s the reality: Bar-code scanners and accompanying technology have produced labor savings of only 4.5%. While these savings are significant in the cutthroat grocery business, any time the ROI is only in the single digits, a careful analysis of the costs and benefits is required to reduce the risk of large investments. Careful analysis can sometimes discover additional benefits that are not as obvious:

Don’t get cut by Occam’s Razor

In 2006, Netflix offered a million-dollar prize to the first team that improved the accuracy of Netflix’s recommendation engine by 10%. Thousands of teams jumped into the fray, and progress exceeded what Netflix had initially expected. The Netflix statistics team believed that it might take a year just to get a 1% improvement, but instead, it only took weeks. Simple models were yielding significant advances -- using just one algorithm, singular value decomposition (SVD), produced a 4 or 5% gain all by itself. As the first year of competition wore on, teams further improved their results, but the models became more complicated. The best team stood at 8.26% improvement after one year, but it would take two more years of collective work before a team finally could crack the 10% threshold.

Netflix awarded the prize, but the winning team’s resulting computer program is still just an academic curiosity. The winning team had to combine the output of dozens of algorithms to reach the goal, which would have been unwieldy to implement in production. Complexity can lose the race.

One of the biggest dangers in automating is that the cost-benefit analysis has a positive ROI, but the analysis fails to sufficiently consider intangible costs that are difficult to predict.

Replacing people in a call center with automated CRM will perhaps show a positive ROI on a balance sheet, but it’s the numbers you can’t see that can threaten your business the most. It may not be obvious as to why customers will start deserting you for your competitors. Maybe it’s because your competitor improved their offerings, or maybe it’s because your automated CRM system is alienating the very people it was supposed to serve.

Computers presently don’t compare to humans in understanding natural language, so making it difficult to reach a human agent will only frustrate a customer with a nonstandard issue. Researchers are just beginning to program computers to understand human emotions, so it’s easy to create an automated system that generates uncaring responses to customer complaints, which can jeopardize your brand.

It’s therefore imperative to build humanity into an automated solution. Computers don’t naturally empathize, so software developers have to incorporate empathy into their solutions. Computers still can’t communicate as well as humans, so there should be an easy way to escape an automated system to contact a human. For some types of customer support, an automated system can sometimes handle only 5 to 20% of your customer interactions, so be wary of ROI estimates that assume much higher percentages. 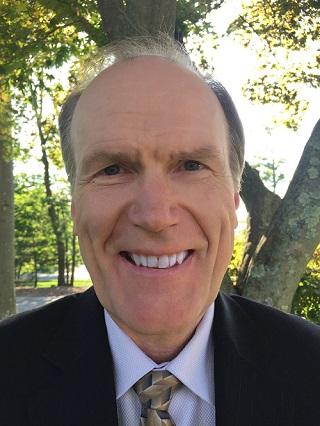 The InformationWeek community brings together IT practitioners and industry experts with IT advice, education, and opinions. We strive to highlight technology executives and subject matter experts and use their knowledge and experiences to help our audience of IT ... View Full Bio
We welcome your comments on this topic on our social media channels, or [contact us directly] with questions about the site.
Comment  |
Email This  |
Print  |
RSS
More Insights
Webcasts
Building Asset Management into Your Enterprise Security Strategy
How the Rapid Shift to Remote Work Impacted IT Complexity and Post-Pandemic Security Priorities
More Webcasts
White Papers
Identify Threats 82% Faster: The Value of Threat Intelligence with DomainTools
2021 Application Security Statistics Report Vol.2
More White Papers
Reports
The State of CCPA 2021
DNS Network Traffic Volumes During the 2020 Pandemic
More Reports