ThinkSmart's technology taps big data analytics to give brick-and-mortar retailers a better grasp on where customers are and what piques their interest.
Michael Endler
Associate Editor, InformationWeek.com
September 28, 2012 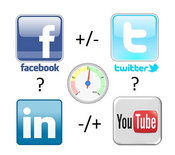 In its sixth acquisition of the year, Cisco has reached a deal to purchase ThinkSmart Technologies, a Cork, Ireland-based maker of location data analytics tools. In a blog post announcing the deal, Hilton Romanski, a Cisco VP and the company's head of corporate business development, wrote that "customer experience in public venues such as retail locations, hotels, and airports, is about to get much better."

The networking giant has revealed few technical details to explain how its newly acquired tech will confer these improvements. ThinkSmart's website is also scant on details, as it simply redirects to a Cisco press release.

Romanski's post, however, provided a few high-level insights--namely that the technology uses Wi-Fi to track the location of individuals within a given space. The blog claims the resulting data will allow retail and service businesses to determine appropriate staffing levels based on traffic patterns, and to reduce customer wait times.

Gartner research director Mark Hung said in an interview that ThinkSmart Technologies is basically supplying the "brain" for an indoor location-based analysis platform. He noted that other "big players are likely developing something like this internally" and that "location-based services developed by startups are becoming increasingly important," suggesting that Cisco's acquisition could be the sort of catalyst it needs to contend in an evolving space.

Patrick Connolly, an ABI senior analyst who is based "across the road" from ThinkSmart's facilities, said that Cisco's newly acquired analytics tools amount to "big data for locations." The system will collect raw information and look for trends, he stated, remarking that a retail space could see how customers move around the store, where they stop to dwell, and where they linger for only fleeting moments. He stated that a more empirical understanding of marketing tactics, such as storefront displays, could result.

Cisco is attempting to redefine itself, having seen its market capitalization, once valued at a mighty half-trillion dollars, erode over the last decade. This deal probably isn't going to reverse downward trends on its own. Like Hung, Connelly contextualized Cisco's move as part of a growing "indoor location technology, analytics, and advertising market," but he said that the segment "will be worth over $5 billion in 2017"--a substantial amount, but not a game-changer for a company as big as Cisco.

Indeed, Romanski's blog placed the deal within Cisco's goal of "differentiated solutions within the infrastructure of the network," suggesting the purchase is just the newest step in an unfolding, large-scale vision. The other companies Cisco has bought in the last year are Virtuata, Truviso, ClearAccess, NDS Group, and LightWire.T

The deal, which will see ThinkSmart join Cisco's Wireless Networking Group, is expected to close in the first quarter of 2013. Financial terms were not disclosed.