Nissan NA was about to launch a new data visualization platform across the enterprise and wanted to encourage self-service analytics. Here's how it got users to get in and drive.

IT project failures happen all the time, but nobody wants to talk about them. Who wants to tell everyone about instances of wasted money, time, and other resources, especially if you are the person who will be held responsible for the failure.

But when an IT project goes right, everybody wants to talk about it and hear about it. What are the best practices? What are the strategies that I can apply to my own project? What ideas can I steal for my own company? 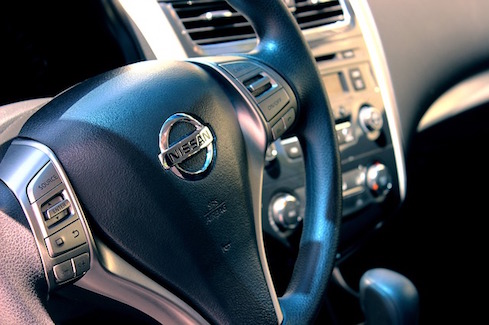 Nissan North America has been celebrating that successful project -- going from zero to 1,500 users in one year. Project leaders, Danielle Beringer, senior manager of information systems, and David Bobrow, senior domain application architect, told the story of implementation last month at the Gartner Data and Analytics Summit. The company implemented a self-service analytics and data virtualization platform at Nissan NA. And while the software platform provider in this case was Tableau, the lessons for the successful implementation could be applied across just about any enterprise data and analytics project, or even other non-data and analytics IT projects. These are classic elements in the success of IT projects.

Like most enterprise organizations, Nissan NA had a variety of existing data technology in-house already that required integration with the new platform. The technology included some from Oracle, SAP, DB2, SQL Server, Excel, and Informatica for the ETL platform. Plus, Nissan NA was a "massive" Business Objects Web Intelligence shop.

"We were faced with a daunting task," said Bobrow. "Although we are data and analytics, we are still IS."

Beringer and Bobrow had two objectives for the first 6 months of the project -- 1, take the new platform "around the track and see how it handles" and then, 2, create a buzz about the features and capabilities and show business value. To accomplish these two objectives, they employed several tactics. First, they introduced an early adopter program. They started out by buying 100 Tableau desktop licenses and brought in a certified Tableau trainer for 30 key people in specific business areas. These 30 people would become the project's evangelists.

They also set up a development production server and scheduled a lot of demos, both on their own and conducted by the vendor company.

But at three months the company had not gotten very far. It had 30 desktop users, 20 server users, and two Tableau sites, one of which was called "default." All the data sources were local and manual, Bobrow said.

At six months, there were small signs of progress. Users had started to build more visualizations, and Bobrow's group started seeing some certified data sources come in from the data warehouse.

"We were in the discovery and foundation-building stage," he said. "It was a slow start. We needed to ramp it up."

So Nissan NA introduced the First Annual Data Management and Analytics Expo. The vent was an onsite conference just for Nissan users, designed to launch the new data visualization platform and to provide educational opportunities. Bobrow and Beringer's teams also wanted to foster networking between IT and business users.

"We invited attendees from high data consumption areas, from lines-of-business at the plant," Bobrow said. Most of the attendees came from the business side, by a ratio of 70% (business users) to 30% (IT users).

At the same time it held the expo, Bobrow's group also launched at Data Management and Analytics Team site. This site provided a "one-stop shop area for all our technologies, not just Tableau -- anything related to data management and analytics. Tableau, Informatica, Hortonworks, R, Business Objects, anything we used."

When users would ask questions about the platform, Bobrow's group would send them back to the resource page.

"What was unique about this was that we noticed for the first time that a lot of the questions that were repetitive and kept coming to our area started to slow down," he said. "We kept directing people to the site. We told them to go to the site for that information. After a while people started saying, 'I have this new information, could you add it to the site? I think other users could benefit from it.'"

The expo really helped this project turn the corner. The platform went from 30 desktop users to 120 desktop users, surpassing the early-adopter ones. Users themselves started purchasing desktop licenses.

Server users went from 250 to 900 in three months. Tableau sites went from 5 to 14, Bobrow said. There were fewer manual data sources and a lot more certified data sources.

Now the company is creating key business area users -- finding a key person in the business functional area who will be the platform champion and asking them if they want to be a site administrator. This person is required to complete training, and then is also partnered with a person from the IT organization. Together they lead the platform efforts for that functional area of the business.

Nissan NA's platform implementation and project of gaining user acceptance played out over more than 12 months. But the end result delivered on the goals to deliver business value and to enable self-service analytics.