New Forrester research finds that prices for AWS and Azure are still competitive, but customers should be wary of lock-in on SasS products such as Salesforce and Oracle.

Fears of vendor lock-in should not get in the way of cloud deployments, especially when it comes to platforms such as Amazon Web Services and Microsoft Azure.

That's the message from Forrester Research, which earlier this month released a study that found while the three largest public vendors for cloud platforms, desktop apps and CRM account for more than 70% of the market, the risks for vendor lock-in on cloud platforms such as AWS and Azure are not as dramatic as the researchers anticipated.

"The risks for lock-in with the major platform providers were lower than we thought," said Andrew Bartels, a Forrester vice president and principal analyst who headed up the research.

On the other hand, Bartels said companies must carefully evaluate relationships with CRM providers such as Salesforce and Oracle.

"Their products have never been cheap, so companies run the risk of vendor lock-in on prices," he added. 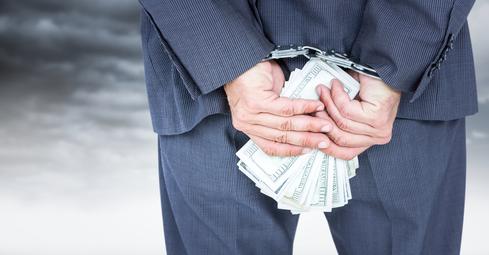 Marc Hoit, CIO of NC State University, said while he generally agrees with Forrester's conclusions, he thinks for SasS contracts it's better to get a five-year deal. He said an enterprise implementation takes 12 months to deploy, and then it usually takes six to eight months to evaluate the next technology. So a five-year contract gives the university enough time to implement, stabilize and use the product, then research the next evolution, plan the migration and shift if necessary. Plus, over five years he usually can negotiate more favorable pricing.

Hoit recalled a story when he worked as a consultant to the Florida Department of Transportation as a civil engineer and FDOT outsourced all bridge design. The plan saved money for a while, but over time all the people who knew the intricacies of design had left.

"It's hard to balance, but it's really important to keep some technical people on staff," he added.

Julia Anderson, CIO at Smithfield Foods, added that to the contrary, they found the move to the cloud requires a more skilled IT person geared to giving IT a more holistic view. She said IT people – whether in-house or contracted out -- must understand the impact of network, security, storage and servers as a whole whereas traditional hosting resources were more divided into silos and disconnected from the end-to-end environment view.

In terms of avoiding vendor-lock in, Anderson said Smithfield Foods deploys a mix of cloud vendors and solutions.

"We have workloads in both AWS and Azure from a public cloud perspective and in Virtustream from a private cloud perspective," she said. "This gives our team flexibility to address business needs based on cloud capabilities, services and cost. As we are doing more and more innovation and analytics, this model also allows us to spin up more capacity in short order and iterate quickly through any failures, keeping us nimble.

Vipul Nagrath, Global CIO of Automatic Data Processing (ADP), said by now it's clear that cloud computing can no longer be ignored, but it has to be done thoughtfully so companies prevent the potential for lock-in.

"We look to bring on a mix of private and public cloud platforms," said Vipul "SaaS app providers can offer a robust community of applications that customers can access so CIOs can take advantage of greater flexibility."

He also pointed out that both AWS and Azure have made it easy to exchange data from one platform to another, making vendor lock-in less likely.

Steve Zurier has more than 30 years of journalism and publishing experience and has covered networking, security, and IT as a writer and editor since 1992. Steve is based in Columbia, Md. View Full Bio
We welcome your comments on this topic on our social media channels, or [contact us directly] with questions about the site.
Comment  |
Email This  |
Print  |
RSS
More Insights
Webcasts
Using MS Teams as Your Phone System - FREE Event 4/14
Cybersecurity Risk Management
More Webcasts
White Papers
2020 SANS Enterprise Cloud Incident Response Survey
The Top 5 Mistakes Everyone is Making in Vulnerability Remediation
More White Papers
Reports
Immuta Data Engineering Survey: 2021 Impact Report
Protection Strategies for a Cyber-Resilient Organization
More Reports