Now that Amazon Web Services has over one million customers of its cloud computing services, Amazon.com thinks it's time to break those revenues out from the cloaked "other" column it has today on the company's income statement. It will do so later this year, probably in its next earnings announcement after the end of the first quarter.

That move will show enterprise IT decision makers how fast AWS is growing, whether cloud infrastructure services is profitable, and how much Amazon is investing. It'll also offer clues to whether AWS's steep price declines are likely to continue.

All of those questions have been highly relevant to companies over the past five years, as enterprise adopters weigh how much of a commitment to make to AWS. The service became generally available in 2006 and in many cases, developers and marketers used it as shadow IT for several years before mainstream IT warmed to the idea of renting general purpose, online computing to run ongoing operations. 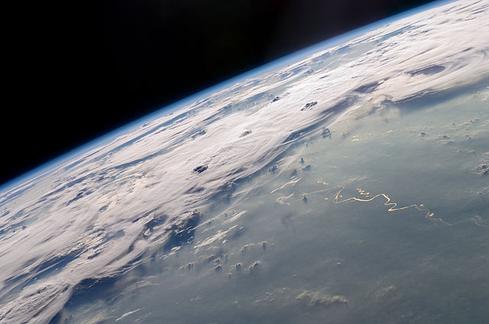 However, those financial answers, at this late date in the cloud adoption cycle, are less pressing than they were five years ago. Back then, enterprise users worried that cloud computing was a fad, or that it was such a minor business for Amazon that it wouldn't invest long-term. Today, there's little doubt that cloud infrastructure is here to stay.

Asked during the earnings call why Amazon will soon start releasing cloud revenue, CFO Tom Szkutak said, "We just think it's an appropriate way of looking at our business. So we plan to break it out in 2015 in quarter one." Today, the "other" category is a mishmash of advertising and co-branded credit card agreements, a good place to hide AWS revenues during the startup period when you don't want investors or competitors to know what they are. Amazon may have been inclined to disguise how much it was investing in AWS infrastructure during quarters it was reporting losses. Or it may have wished to cover up how fast cloud revenue could grow.

In 2013, AWS led the industry in cutting cloud service prices; in 2014, it was sometimes following Google and Microsoft, which were doing their own price-cutting. Asked if AWS would continue its price cutting, Szkutak answered, "It's hard to predict going forward. I couldn't comment on what we might do or might not do there."

This coming April, AWS customers will finally get a first look at how close those analyst revenue estimates proved to be. In the meantime, analysts' best guesstimates, including Gartner's, conclude that Amazon's revenues outstrip those of its major competitors combined. For example, TBR (Technology Business Research) estimated Google's 2014 cloud revenues, including both its Google Apps at Work (Google Docs) and App Engine/Cloud Engine, at $1.7 billion, projected to reach $3 billion in 2015.

Amazon.com's fourth quarter revenues for the entire company came up short of Wall Street estimates, $29.33 billion versus estimates of $29.84 billion, according Zacks Investment Research. Revenue rose 15% for the quarter, compared to the fourth quarter of 2013. Revenue is up 18% over 2013, if you factor in what Amazon says was an impact of $895 million in foreign exchange rate loss as other currencies weakened against the dollar. Net income in the quarter was $214 million versus $239 million in 2013. That translates in to $.45 per share in Q4 2014, versus $.51 in Q4 2013. Wall Street consensus had been Amazon would report net income of $.17 per share. Its stock rose sharply to $311.78 or $7.87 in afterhours trading.

Amazon's 2014 loss came as the company poured $4.89 billion into capital spending, with the obvious conclusion that it preferred to build out the business rather than show a profit. "AWS was part of that," said Szkutak, as the company added data center capacity as well as retail fulfillment centers. Since 2010 the AWS division has hosted the retail operation as well as cloud services.

Amazon's latest expansion into a business email service called WorkMail drew little comment during the call. But WorkMail represents a new round of investment that Amazon is more or less forced to make as it looks out at Google and Microsoft ambitions. Both competitors can attract and hold cloud customers by providing email accounts for their business users, getting a foot in the door with potential cloud customers. Amazon WorkMail and WorkDocs is its response, but it will need to spend to establish and support those applications.

Google lately has shown a new willingness to cooperate with other enterprise tech vendors in order to give enterprise IT customers what they want. This week, it said it would offer its BigQuery analytics, Cloud Storage, Datastore, and DNS services on VMware's public cloud, vCloud Air. When it comes to applications, it has "de-emphasized its direct competition with Microsoft," said Miranda Jillian and Meaghan McGrath in a TBR report. Instead Google now suggests its online apps can work alongside Microsoft's.

PriceWaterhouse has announced that it will start using Google's Apps for Work internally, a move that will help it recommend them to its consulting clients, with the possibility that it will recommend other elements of the Google platform as well. Amazon's WorkMail faces a set of rivals that are building out a strong ecosystem to work with enterprise IT organizations, as well as entice small businesses.

Google offers startups $100,000 of free compute time on Compute Engine as a way of attracting more business users. Amazon, long the favored site for companies that don't want to build their own data centers, may need to match that offer, too.

When Amazon starts breaking out cloud revenues in April, it will bring IT leaders -- the buyers of cloud computing -- their first opportunity to see Amazon's investment and revenue tied to cloud services. If investment and operating costs far outstrip revenue, IT leaders might worry that those price cuts Amazon used to boast about will be coming less frequently. Amazon has, however, proved to be a very patient investor when it comes to building its business, as shown by its 2014 loss for its overall business amid huge capital spending.

Charles Babcock is an editor-at-large for InformationWeek and author of Management Strategies for the Cloud Revolution, a McGraw-Hill book. He is the former editor-in-chief of Digital News, former software editor of Computerworld and former technology editor of Interactive ... View Full Bio
We welcome your comments on this topic on our social media channels, or [contact us directly] with questions about the site.
Comment  |
Email This  |
Print  |
RSS
More Insights
Webcasts
How the Rapid Shift to Remote Work Impacted IT Complexity and Post-Pandemic Security Priorities
Advancing the Hybrid Cloud & App Modernization Journey with IBM
More Webcasts
White Papers
2020 SANS Enterprise Cloud Incident Response Survey
The Top 5 Mistakes Everyone is Making in Vulnerability Remediation
More White Papers
Reports
Immuta Data Engineering Survey: 2021 Impact Report
Assessing Cybersecurity Risk in Todays Enterprises
More Reports

Amazon could use a few more golden eggs after its Fire Phone fiasco.
Reply  |  Post Message  |  Messages List  |  Start a Board

The Wall Street analysts keep measuring Amazon with the yardstick used for conventional companies. They can't understand why investors stick with a company that frequently loses money. The way I see it, Amazon is busy inventing the future economy in which companies sell globally, deliver locally. It takes even more capital investment to do the latter as the former. Amazon Prime shoppers, who pay $99 a year for the privileg are the type of shoppers that will yield the most profit in the future. Prime is a kind of golden egg that Amazon hopes to find over and over again as it expands around the world.
Reply  |  Post Message  |  Messages List  |  Start a Board
Editors' Choice
Hot Topics