BNY Mellon Transforms IT One Step At A Time - InformationWeek

FFor three years, BNY Mellon CIO Suresh Kumar has been leading a transformation of the bank's 13,000-member global IT staff toward Agile and private cloud operations. In an interview with InformationWeek, he details the steps he took along the way.

For the last three years, Bank of New York Mellon, the sixth largest bank in the US, has been undergoing an internal transformation. It's moving away from the typical IT operations of a large financial institution, built around a hodgepodge of siloed systems, into an organization that uses standardized systems based on micro-services designed to help it become leaner and meaner.

Its initial effort has been aimed at bringing a private cloud-like environment to its 13,000-member IT team of developers and operations professionals. The project started three years ago with a handful of skilled IT staffers bent on narrowing and unifying the way the bank produced applications. Since then, the number of IT staffers involved in the project has grown to 500, said CIO Suresh Kumar, also senior executive VP at BNY Mellon, in an interview with InformationWeek on Oct. 21. By year's end, the first 1,000 IT workers will be trained and engaged.

BNY Mellon is joining the ranks Goldman Sachs, Fidelity Investments, State Street Bank, and Capital One in seeking a complete makeover of its internal operating environments to accelerate software development and IT processes.

There was nothing wrong, per se, with how application development was being done three years ago. Yet, development projects were scattered among the bank's many business units, and each proceeded with its own priorities and technologies. The initial crew on the transformation project started assembling a platform for bank-wide development based less on proprietary software and more on open source code.

The Nexen Platform emerged from their efforts. It offers a uniform set of development tools based on Cloud Foundry's Platform-as-a-Service (PaaS) and its many open source development options. The bank is also focused on using Windows Server 2012 and Red Hat Enterprise Linux. 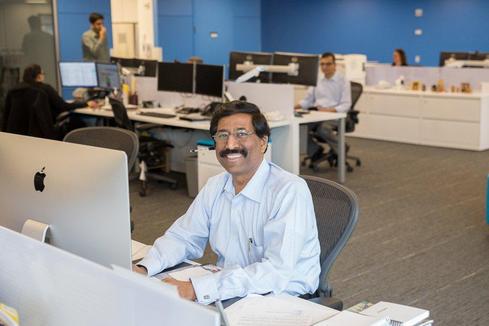 Key members of BNY Mellon's IT staff are able to demonstrate how the "Nexen digital ecosystem" can be used to produce "cloud-native applications" and mobile applications at one of four innovation centers the company has set up. The centers are in Palo Alto, CA; Jersey City, NJ; and Pune and Chennai, India. The Palo Alto location gives the bank exposure to influence from Silicon Valley firms, and a place to train staff members who want to learn the local business culture. Partners and customers can go to any center and get a glimpse of the new technology-oriented BNY Mellon.

Kumar selected the Four Seasons Hotel near the BNY Mellon Palo Alto Innovation Center to show off the Nexen platform for the first time this week. In a statement announcing the event, BNY Mellon said: "Nexen will change the industry in the way that Salesforce and Amazon changed theirs."

Nexen includes a methodology for developing APIs with one language, maintaining them under one API management system, and offering them to the bank's large development staff through an API Store. In the past, BNY Mellon business units developed APIs each according to its own lights and language preference.

Kumar didn't mention WSO2 in our interview, but its cloud connectivity hub and API management software is also part of the platform. In fact, WSO2 has signed Michael Gardner, managing director of BNY Mellon's Palo Alto Innovation Center, to speak at its WSO2Con US 2015 user conference, November 2-4 in San Francisco. Gardner previously worked as VP of engineering at API management firm Apigee, in San Jose.

Nexen also includes an App Store and a standard way to monitor running micro-services code. "It's built into the platform, so every developer doesn't need to worry about implementing his own monitoring," said Kumar.

He added that Nexen draws much of its approach from what he described as the innovative features of Silicon Valley. "People in the financial services industry aren't used to sharing," Kumar said. "Most often, they've created siloed systems. The unique thing about the Silicon Valley is its frequent reliance on open source code, the tremendous sharing."

The Nexen platform makes use of re-useable components, and encourages the development and contribution of new ones to a component library.

All of these elements will help BNY Mellon function in a way different from that of the past. "When you see what happens in Silicon Valley, particularly small numbers of engineers creating valuable, new services, it's pretty compelling," said Kumar. He wants more members of the bank's IT staff to ask themselves, "What if I were to work like the Silicon Valley?"

The bank's IT staff has converted to Agile development methods and has implemented software methods that come closer to a continuous delivery approach, where production updates occur frequently. "We used to have a six-month software release cycle," he said. "Now we make changes every two weeks."

The Big IT Change Is Cultural

However, according to Kumar, the biggest change sweeping the ranks of IT isn't technological. "It's a cultural change," he said, and one that can't take place everywhere at the same time in the organization. "It's a chicken-and-egg problem," he said, in which some staff members are learning new things as others maintain daily operations.

One of the cultural changes involves new ways of tracking the performance and IT resource use of each employee. Each employee is given access to MyDashboard, an individualized display of objectives and key results. Among the monitoring it provides is an accounting of which IT resources each bank employee is using, and how much those resources are worth. This information shows up as MyInvoice summaries on each staff member's MyDashboard.

The MyDashboard stats aren't universally accepted by employees, according to Kumar. "Any time there is a change, it takes patience," he said. "Not everyone is data driven. We need to get people their data and let them see that it is accurate."

[Read about the latest in CIO leadership trends.]

Some employees are finding benefit in the tools. For example, according to Kumar, one business manager sampled the MyDashboard information and was able to detect that his department was being charged IT resource fees for employees who were no longer there. When he informed IT that was the case, it resulted in "a few million [dollars] in savings," said Kumar.

The business manager wanted to know, "How do we do this as an ongoing service?"

With a $2 billion IT budget, Kumar said BNY Mellon is asking itself, "Do we have to spend all that money?" He'd like the company to find ways of operating that are more akin to Silicon Valley, where small teams launch great new services. Yet, he's also realistic. "For a large company, you can't expect everyone to do this," meaning make the switch to Nexen, adopt new development methods, and pay attention to MyDashboard objectives and key results, he said.

Right now, Kumar's happy with both the nature of the changes, and the pace at which they're being adopted. "A year from now," he predicted, "we'll have made more inroads."

Charles Babcock is an editor-at-large for InformationWeek and author of Management Strategies for the Cloud Revolution, a McGraw-Hill book. He is the former editor-in-chief of Digital News, former software editor of Computerworld and former technology editor of Interactive ... View Full Bio
We welcome your comments on this topic on our social media channels, or [contact us directly] with questions about the site.
Comment  |
Email This  |
Print  |
RSS
More Insights
Webcasts
Detecting and Preventing Insider Data Leaks
Don't Miss This Cybersecurity Virtual Event
More Webcasts
White Papers
How to Build Your Incident Response Plan
Tech Insights: Detecting and Preventing Insider Data Leaks
More White Papers
Reports
Key Strategies for Managing New Risks in Cybersecurity
Are Unprotected Cloud Databases Leaking Your Data?
More Reports

Kumar appears to have captured the knack of voluntary, evolutionary change on a large IT staff. Leaders lead the way, other talented staff follow and eventually doubters fall in line as well. There must be an art to it.
Reply  |  Post Message  |  Messages List  |  Start a Board
Editors' Choice
Hot Topics