For 99 cents per month, the cloud service courts startups and developers with virtual servers that offer fast spinup, low cost, and 100% uptime.

Atlantic.Net is trying to stage an end run around the massive Amazon Web Services cloud and siphon off startup companies and independent developers. Its main weapons: plentiful SSDs, virtual servers that spin up in just a few seconds, and a 99 cents per month charge -- $11.88 a year.

Atlantic.Net, based in Orlando, Fla., Toronto, and Dallas, may never match the full catalogue of services listed on Amazon's site. But it's making the latest SSDs a standard feature of its lowest-cost servers. Marty Puranik, Atlantic.Net CEO and founder, said its customers' instances will be up and running within 30 seconds and, under normal circumstances, within 2-5 seconds.

In addition to Windows and Linux, it's offering FreeBSD, which is finding greater use as the Internet of Things starts heating up. Developers like it for its full driver set and stability, and it's finding its way into more and more networked devices. It doesn't hurt that WhatsApp, the $19 billion Facebook acquisition, runs its backend systems on FreeBSD. Puranik told us Atlantic.Net added Berkeley Unix a month ago.

Atlantic.Net bills customers by the second. If they shut down a virtual machine after the start of a new minute, they pay only for the seconds used in that minute. Amazon bills by the hour, charging for a full hour after the elapse of the first 15 minutes. "When you turn off the lights in your house, you don't expect to pay for electricity you didn't use during the rest of the hour."

Puranik said the Go server will appeal to "students, independent developers, startups, and IT managers at companies who want to try something, who want to get going on their wish list." 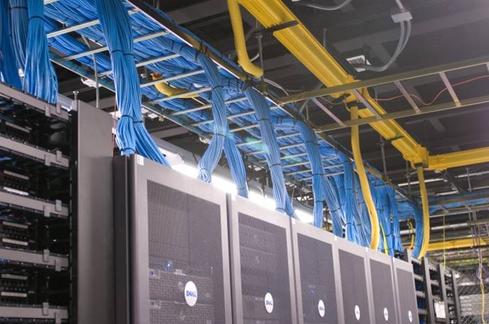 In addition to its micro server, Atlantic.Net offers a range of other virtual servers, going up to a size of 16 GB of RAM. Next month, it will add 32GB and 64GB servers. Amazon instances range from 1 GB to 244 GB of RAM.

Unlike most cloud service providers, customers may resize all three components of their servers -- RAM, CPU, and disk -- instead of just one of them.

Puranik said Atlantic.Net comes out of the co-location and managed services business and is using its 20 years of experience there to build key redundancies into its infrastructure. Each host server comes with redundant power supplies, RAID-based storage, and multiple Internet uplinks. Data backup is a checkbox option, but backup or failover to separate geographic locations is not yet an option.

"Cloud is our newest product," said Puranik, who claims his 35-employee company is growing at a rate of 10% a month. In its attempt to appeal to developers, Atlantic.Net resembles another East Coast service supplier, Digital Ocean, which also makes heavy use of SSDs and low pricing on small servers.

When it comes to the respective uptime guarantees, the penalty for downtime is a credit to the customer that's equivalent to the amount of time that the service was out of commission. In an interview, Paranik said Atlantic.Net has avoided any significant payout so far. Neither company pays penalties for the lost air time it may have cost customer applications or websites.

"We have small and midsized companies with small IT departments and some departments in large companies that don't want to go through IT procurement," he said. They turn to a relatively unknown, young supplier because "we offer a lot of value at a low price."

The firm operates on its own revenue and is not backed by venture capital.

Charles Babcock is an editor-at-large for InformationWeek and author of Management Strategies for the Cloud Revolution, a McGraw-Hill book. He is the former editor-in-chief of Digital News, former software editor of Computerworld and former technology editor of Interactive ... View Full Bio
We welcome your comments on this topic on our social media channels, or [contact us directly] with questions about the site.
Comment  |
Email This  |
Print  |
RSS
More Insights
Webcasts
Detecting and Preventing Insider Data Leaks
People Are The Most Important Part of Autonomous SOC
More Webcasts
White Papers
Why Add Security to Your Skill Set and How to Do It
Sunburst: Impact and Timeline
More White Papers
Reports
The State of Threat Detection and Response
2020 State of Cybersecurity Operations and Incident Response
More Reports

@tzubair, I agree. So, given that, what do you think smaller players like Atlantic.Net need to do to gain marketshare from the "name" providers?
Reply  |  Post Message  |  Messages List  |  Start a Board

"My guess is, no. If I don't like Amazon, I can go to RackSpace or IBM Softlayer. In the scheme of things, a 10% or even 20% price premium isn't worth taking a chance. That tends to limit the market opportunity in a business where margins are so thin that you *really* need volume."

@Lorna: I don't think we've reached that point in the cloud industry yet when price starts to become extremely important and most decisions are based on it. From what I've observed in the market, people rank things like security, robustness, brand image etc to be higher than price when it comes to choosing a cloud partner. While I agree the companies really need volume to drive growth and cut costs, I don't think the volume wil really be pushed up by slashing the price. One of the ways would be to bring about a major change in quality or come up with a set of innovative breakthrough features.
Reply  |  Post Message  |  Messages List  |  Start a Board

>I can't imagine what I'd do with that.

You could probably host a mobile game databse for storing scores.
Reply  |  Post Message  |  Messages List  |  Start a Board

Charlie, Seems like there are a number of these providers taking aim at AWS, with some twist like all SSD, or charging by the second. But are these subtle differentiators, and some incremental savings, enough to make enterprises take a chance with production workloads?

My guess is, no. If I don't like Amazon, I can go to RackSpace or IBM Softlayer. In the scheme of things, a 10% or even 20% price premium isn't worth taking a chance. That tends to limit the market opportunity in a business where margins are so thin that you *really* need volume.
Reply  |  Post Message  |  Messages List  |  Start a Board

It seems that Atlantic.net is too good but also true. HIPAA compliance, billing by seconds, 0.99$ pricing, customer base like Samsung and Hilton, variety of platforms to choose from.

I am wondering how will this company make money?
Reply  |  Post Message  |  Messages List  |  Start a Board

So my honest question is, what do people use a server like this 99 cents version for?
Reply  |  Post Message  |  Messages List  |  Start a Board
Editors' Choice
Hot Topics

CRM Trends 2021: How the Pandemic Altered Customer Behavior Forever Jessica Davis, Senior Editor, Enterprise Apps,  2/18/2021
White Papers
Why Add Security to Your Skill Set and How to Do It
Sunburst: Impact and Timeline
2021 SANS Cyber Threat Intelligence Survey
Enabling Enterprise Resiliency Through Cyberthreat Detection
The Hidden Security Risks of APIs: How to Protect Your Brand, Business, and Data