Engine Yard, one of the few remaining independent suppliers of platform-as-a-service, has appointed Beau Vrolyk as its new CEO. He replaces John Dillon, who was a party to the change and agreed it was time to give a new CEO an opportunity to build out Engine Yard.

Oracle made a strategic investment in the company last November, but it is unknown whether its influence had anything to do with the changeover. Amazon, Benchmark Capital, and New Enterprise Associates also have invested in the company. Vrolyk is well known in technology investment circles and personally knows several of Engine Yard's investors, he said.

Vrolyk is the principal of Vrolyk Ventures, a firm in which he served as the sole angel investor, picking one technology company to back each year. He's been performing that role since January 2007. That followed a successful five-year stint as a managing partner of Warburg Pincus, a private equity firm that invested in such companies as BEA Systems and Veritas. 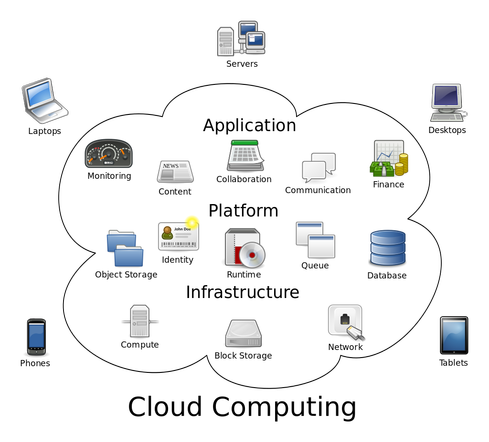 When approached by Engine Yard to become its CEO, Vrolyk said he sat down with his wife, who pointed out that he had "seemed happiest when running a small company," Vrolyk said in an interview. He is a previous CEO of TogetherSoft Corp. and 3ware Inc. He has also served as senior VP of the product group at Silicon Graphics Inc., with responsibility for sales, engineering, and product development for $4 billion of its business. It was the No. 2 position in the company, he said. He is also the former head of Xerox's Fax and multi-function printers division.

[Want to learn more about a recent PaaS debate? See Are Docker Containers Essential To PaaS?

Vrolyk has 35 years' experience managing or investing in early-stage companies or Fortune 500 hardware and software companies. "We are delighted to have him as we continue to execute against our core strategy," said Jim Burleigh, Engine Yard COO.

Engine Yard's core strategy is to offer a Ruby and PHP development platform in the Amazon Web Services cloud. The 110-employee company is one of the most successful at doing so, in addition to Heroku, which was purchased by Salesforce.com for $212 million at the end of 2011. CenturyLink bought another independent PaaS supplier, AppFog, for an undisclosed amount in June.

All PaaS suppliers must compete with Cloud Foundry, an open-source project with wide industry backing and its own independent foundation, as well as venerable open-source advocate Red Hat, with its OpenShift platform.

Vrolyk said he has been in the job for only a week and is still familiarizing himself with the company and its assets. But he said he expects Engine Yard will remain an independent platform where Ruby and PHP developers can build applications and run them on AWS's EC2 or the cloud service of their choice.

Charles Babcock is an editor-at-large for InformationWeek and author of Management Strategies for the Cloud Revolution, a McGraw-Hill book. He is the former editor-in-chief of Digital News, former software editor of Computerworld and former technology editor of Interactive ... View Full Bio
We welcome your comments on this topic on our social media channels, or [contact us directly] with questions about the site.
Comment  |
Email This  |
Print  |
RSS
More Insights
Webcasts
Quantifying the Benefits of a DevOps Strategy
The Best Ways to Stop Malware and Ransomware That No One Else Will Tell You
More Webcasts
White Papers
2020 Gartner Market Guide for Network Detection & Response
How You Can Evaluate Your Org's Cybersecurity Readiness
More White Papers
Reports
IT Automation Transforms Network Management
State of Endpoint Security: How Enterprises Are Managing Endpoint Security Threats
More Reports

Lorna, Development language is one important issue. For example, Apprenda supports .Net languages and Java; Engine Yard supports PHP, Ruby, Node.js and Java; Google App Engine supports Python and Java. Cloud Foundry supports many open source languages, plus .Net through its Iron Foundry component, but I don't think commercial implementations support Iron Foundry. So yes, languages are an upfront issue. But PaaS is a lot more than that, and developers decisions may rest on what the PaaS can connect them to. Or can it give the application they're building elasticity? How much can it help with deployment? Red Hat OpenShift will let you use Docker; others, they're working on it. It's actually a bigger decision than language and small players may have advantages. Engine Yard and Heroku were early Ruby platforms. Active State's Stackato. like OpenShift, is an early Docker supporter, with continuous integration features.
Reply  |  Post Message  |  Messages List  |  Start a Board

Charlie, PaaS selection seems to be based on dev language, not so much another consideration, such as cloud stack, right? So what are the differentiators that might make one select a small player, with the attendent risk that it will fold, versus a larger and better funded provider?
Reply  |  Post Message  |  Messages List  |  Start a Board

Engine Yard, founded in 2006,is worth keeping an eye on because it's one of the few independent suppliers of a PaaS system, based on AWS infrastructure. If offers the possibility of cloud-based development with a broad set of choices for possible deployment. Another is WaveMaker with its open source WaveMaker Studio toolset. WaveMaker is available as a service and as an on-premises product. It hasn't been around as long. See http://www.informationweek.com/cloud/software-as-a-service/wavemaker-paas-bets-on-docker/d/d-id/1315762. Cloud Foundry is available as a service or for on-premises installation; same is true for Red Hat's OpenShift.