Georges Doriot – aka "The General" – understood that prosperity requires both innovation and strong management. He used that philosophy to invent the venture capital industry.
Howard Anderson
Senior Lecturer, Harvard Business School
May 01, 2013 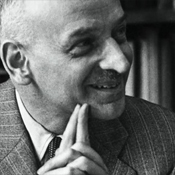 Georges Doriot
Nobody I knew ever called General Doriot "George" -- certainly not me, a young punk MBA (needless redundancy) when The General ran American Research & Development, the first venture capital fund and the grandfather fund to an entire industry.

Greylock, Kleiner Perkins, Sequoia and the other 400 or so venture firms in the U.S. all borrowed expertise from those who went before them. Remember, back in 1949 there weren't venture capitalists because there wasn't venture capital. How do you find companies? Evaluate ideas? Recruit management? All these were skills not yet in evidence when Doriot began AR&D.

Today we're on the third generation of what Doriot invented. Want an example? LinkedIn was founded by Reed Hoffman, who sits on the Facebook board and is a partner at Greylock, which was founded by Bill Elfers and Charlie Waite, who worked for General Doriot at AR&D. My son works at Sequoia Ventures after working at Battery Ventures and Summit Partners, whose founders worked for people who either took Doriot's course or worked for partners who came out of AR&D. Even those on another trajectory, such as Tim Draper, whose grandfather in 1959 formed the first venture capital limited partnership -- Draper, Gaither and Anderson -- acknowledge their debt to the firm formed 10 years before.

The General was a visionary and a genius. After the Second World War, he looked at the New England landscape and saw a lot of money -- made back in the time of Francis Cabot Lowell in textiles, and in the older businesses of managing people's money. But next to nothing was going into new companies and technologies. 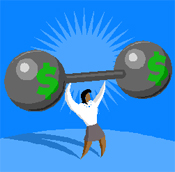 So Doriot, along with New England industrialist, banker and politician Ralph Flanders and MIT president Karl Compton, passed the hat to the stodgy old companies and old money with a unique proposition: Let's set up a fund that will invest in promising young companies, often companies with little or no sales and with little management experience but with potentially breakthrough technologies. Let's understand that this will be "risk" capital; the firms have no real assets except the Yankee Brain, which gets up at 5 a.m. and works like hell. And let's not lend them money because it will be a long time before they could pay it back. But let's buy equity. Let's grow companies.

Doriot, who was a professor at the Harvard Business School, and Compton knew that there were some amazing technologies, often funded by the government for the war effort, which sought commercialization. Because AR&D had balky investors, it was structured as a publicly traded closed-end fund and was marketed to a few institutions and wealthy individuals.

For the first few years, AR&D struggled. But then Doriot backed a man named Ken Olsen, who worked at Lincoln Labs at MIT and wanted to build something called a "mini-computer." Doriot put $70,000 into Digital Equipment and saw that investment grow to $355 million. AR&D made 5,000(!) times its money on that one deal, and venture capital was off to the races. In the year 2000, venture funds raised $100 billion and financed about 5,000 new companies.

But The General did a lot more than grow companies. He grew an entire corps of managers, many of whom were his students. The General taught a very demanding course at HBS called Manufacturing, but it was really a course in understanding and adapting to change. "Somewhere, someone is working on a technology that is going to make your company's products obsolete," he would intone.

AR&D was not the first venture capitalist. King Ferdinand and Isabella bankrolled a guy named Columbus, who promised to find a shorter route to India and China. The Brits financed the American railroad industry and bankers such as JP Morgan backed Thomas Edison and Nikola Tesla. The Rockefellers backed Eddie Rickenbacker and Eastern Air Lines, but Doriot invented a systematic method of investing, which became the world's model and the flywheel for America's postwar success.

Because Doriot taught about Big Business, he recognized that Big Business had ceased to be an innovator and that innovation would have to come from smaller, faster and more focused companies. He recognized a synergy between Big and Small -- they were going to need each other. He recognized that many potentially great managers would feel stifled in a large company, where promotion is often slow and politics clogs achievement. Doriot also recognized that his fledgling companies had to sell to somebody, and the best somebodies were large, financially strong companies that might be impressed enough with a $100,000 minicomputer that could do the work of a $2 million mainframe that they might take a chance on a new company without a pedigree.

Why "The General"? The U.S. government asked Doriot to leave his Harvard post and join the Quartermaster Corps, which ensured that the right material was in the right place at the right time -- very early supply chain management. He attained the rank of brigadier general and was always proud that as a native Frenchman, he had helped the war effort that freed France from Nazi occupation.

Investing in new companies and technologies is fraught with risk. Doriot figured out how to quantify and reduce the risk. He understood that even serious men and women working on the edges of technology were going to fail often, but if the upside was great enough, then the downside could be handled. Furthermore, he would argue that the benefits to society would be substantial if these fledgling companies could succeed. Lives could be improved, families could get educated, whole regions could recover.

You have to understand New England. Every industry we ever had went south. Textiles moved to the Southern states and then overseas. The rum trade hasn't been squat for 200 years. The shoe industry used to be a mainstay and now almost none of the manufacturing is done in the U.S., much less New England. As for agriculture, it's hard to grow anything in New England but rocks, and even heavy machinery found new homes.

What Doriot saw was that the G.I. Bill was going to give a lot of servicemen returning from WWII a chance at an education, and that these men were in a hurry. The war had taken too many years from them. They wanted to marry, have kids, build a life. And there was pent-up demand for housing, cars, consumer products. Doriot believed that if you mixed first-rate educational and technical institutions with sophisticated capital and bright, strong, young management talent, you'd have an unstoppable formula.

So Doriot passed the hat. Investors included the academic institutions (Harvard, MIT, Penn) as well as the stuffy old companies (Hancock, Home Insurance, State Mutual, Mass Investors Trust). Doriot and his partners weren't sure that they would ever make money, but they bought into Doriot's view that they were investing in economic development and potential prosperity. In the end, they bought into The General.

In the end, Doriot was a missionary. His gospel was that strong management and great new ideas would spawn new industries and prosperity. And those of us who followed have stood on the shoulders of a giant.