50%
Tweet
Although Elon Musk's vision of levitating, high-speed pods zipping through a highway tube has been called crazy by some, the US Transportation Secretary said it may be eligible for government funding.

US Transportation Secretary Anthony Foxx issued his support for Elon Musk's Hyperloop idea, suggesting the project may be eligible for government funding.

Hyperloop is currently a conceptual idea, one that has met with its fair share of skepticism, aiming to create a new form of transportation that uses levitating, high-speed pods that zip through a highway tube between San Francisco to Los Angeles.

While Foxx initially was highly skeptical of the concept, he said during the keynote address at the SpaceX Hyperloop Pod Competition in Texas on Friday, according to The Verge, "(The government) should not take, and have not taken a reflexive 'no' position to innovation... And that's the signal I wanted to send today." 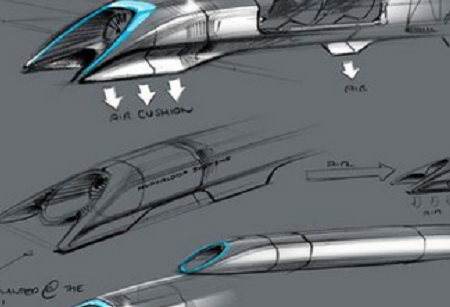 Foxx noted the Hyperloop project may be eligible for funding under the government's University Transportation Centers grant program, which has given $72.5 million annually to over 30 research centers across the US, according to a Fortune report.

In addition to Musk's SpaceX, other companies involved include Hyperloop Transportation and Hyperloop Technologies. The Hyperloop project is seeking to raise $80 million by the end of this year, in its second venture-funding round, according to Fortune, which noted it had raised $8.5 million in its first funding round. 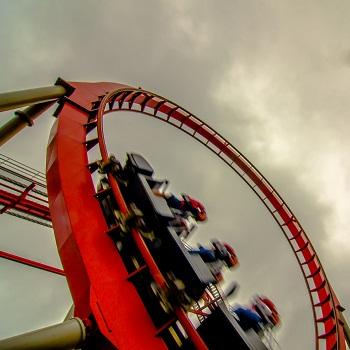 Although the idea for Hyperloop was born from Musk's SpaceX, neither Musk nor SpaceX are affiliated with any of the Hyperloop companies, according to a SpaceX blog post. But SpaceX and Musk do want the project to move forward. They were the creators of the Hyperloop Pod Competition.

With the Transportation Secretary voicing support for the Hyperloop project, it raises the possibility more venture investors will also be willing throw money into the plans.

Dawn Kawamoto is an Associate Editor for Dark Reading, where she covers cybersecurity news and trends. She is an award-winning journalist who has written and edited technology, management, leadership, career, finance, and innovation stories for such publications as CNET's ... View Full Bio
We welcome your comments on this topic on our social media channels, or [contact us directly] with questions about the site.
Comment  |
Email This  |
Print  |
RSS
More Insights
Webcasts
Protecting Mobile Apps and APIs from the Inside Out
5 Ways to Jumpstart AI
More Webcasts
White Papers
Getting The Right Cloud Management
If Not Now, When?
More White Papers
Reports
Connecting the Dots: Key strategic opportunities in a post-COVID-19 world
State of Cybersecurity Incident Response
More Reports

I am not so sure there is a HUGE need for fast travel. I would guess there is a need, but it is relatively small. However, I completely agree that we, the taxpayers, shouldn't foot the bill for this at all, especially when private sector profits from it. Besides, Elon already has enough of our tax dollars.

I think everyone who's played Transport Tycoon knows that while air-travel is faster in some sense, rail travel is much more predictible, reliable and perhaps most importantly, requires far less resources to maintain and operate. If 'rail' travel can reach speeds up to 500MPH, there isn't much gained by taking to the air instead.
Reply  |  Post Message  |  Messages List  |  Start a Board

There's a huge need for fast travel. And for California, the Hyperloop represents a much more innovative option for travel between Los Angeles and San Francisco over traditional rail. But let's also keep in mind the fact that today people can take a plane – is there really a need to build another option for billions of dollars?
Reply  |  Post Message  |  Messages List  |  Start a Board
Editors' Choice
Hot Topics