Governments across the globe are deepening their strategic commitments and working more closely to make government data openly available for public use, according to public and private sector leaders who met this week at the inaugural Open Government Data Forum in Abu Dhabi, hosted by the United Nations and the United Arab Emirates, April 28-29.

Data experts from Europe, the Middle East, the US, Canada, Korea, and the World Bank highlighted how one country after another has set into motion initiatives to expand the release of government data and broaden its use. Those efforts are gaining traction due to multinational organizations, such as the Open Government Partnership, the Open Data Institute, The World Bank, and the UN's Divsion of Public Administration and Development Management that are trying to share practices and standardize open data tools. The UN division co-organized the Forum with the UAE's Identitiy Authority.

In the latest example, the French government announced April 24 that it is joining the Open Government Partnership, a group of 64 countries working jointly to make their governments more open, accountable, and responsive to citizens. The announcement caps a string of policy shifts, which began with the formal release of France's Open Data Strategy in May 2011 and which parallel similar moves by the US. 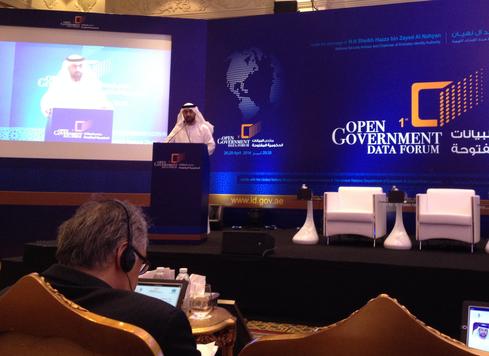 The strategy committed France to providing "free access and reuse of public data... using machine-readable formats and open standards," said Romain Lacombe, head of innovation for the French prime minister's open government task force, Etalab. The French government is taking steps to end the practice of selling datasets, such as civil and case-law data, and is making them freely reusable. France launched a public data portal, Data.gouv.fr, in December 2011 and joined a G8 initiative to engage with open data innovators worldwide.

[Find some new money-saving ideas, courtesy of the US government. See 5 Online Tools Uncle Sam Wants You To Use.]

For South Korea, open data is not just about achieving greater transparency and efficiency, but is seen as digital fuel for a nation that by 2020 expects to achieve "ambient intelligence... when all humans and things are connected together," said Dr. YoungSun Lee, who heads South Korea's National Information Society Agency.

He foresees open data leading to a shift in the ways government will function: from an era of e-government, where information is delivered to citizens, to one where predictive analysis will foster a "creative government," in which "government provides customized services for each individual."

The open data movement is also propelling innovative programs in the United Arab Emirates. "The role of open data in directing economic and social decisions pertaining to investments... is of paramount importance" to the UAE, said Dr. Ali M. Al Khouri, director general of the Emirates Identity Authority. It also plays a key role in building public trust and fighting corruption, he said.

The UAE's open data initiatives were instrumental in earning the nation a top spot in Transparency International's 2013 anti-corruption ranking for Middle East and North Africa countries.

In fact, the countries that make up the Gulf Cooperation Council (GCC) -- the UAE, Saudi Arabia, Kuwait, Qatar, Bahrain, and Oman-- have been making dramatic gains, compared to other regions in the world, in delivering

It was impressive to see how far along the UAE has come in rolling out a national ID card that actually works, and the efforts of the UAE's Identity Authority to build a national identity management infrastructure.