SEARCH
A minimum of 3 characters are required to be typed in the search bar in order to perform a search.
Announcements
Event
Enterprise Connect 9/27-9/29 - Time is running out, secure your FREE Virtual Pass today!
PreviousNext
Healthcare
News

CHIME launched a prize to fix a stubborn data problem in the healthcare industry. More than 300 companies and individuals have registered to receive more information about the contest, with judging set to begin in May.
David Wagner
Executive Editor, Community & IT Life
March 14, 2016
Credit: 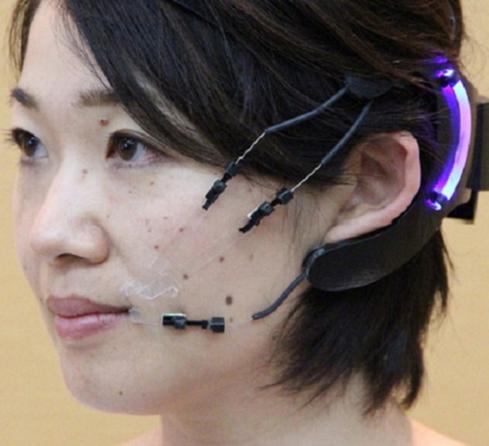 The College of Healthcare Information Management Executives (CHIME), is partnering with HeroX to create the CHIME National Patient ID Challenge. The $1 million competition is aimed at encouraging innovators around the world to develop a solution for ensuring 100% accuracy in identifying patients in the United States.

Since the challenge was kicked off on February 19, more than 200 companies and individuals have registered to receive more information about the challenge, said CHIME CEO Russell Branzell in a telephone interview with InformationWeek. Participants include large players in the healthcare IT world, non-healthcare tech companies, and even "mom and pop" shops that think they can provide a solution. Branzell said he welcomes all the various types of entries and thinks they all have a chance of winning the prize regardless of size.

From May through December, 2016, a panel of expert judges will evaluate the entries. The prize will be awarded in early 2017.

The idea for the National Patient ID Challenge was sparked by the findings of a 2012 study by CHIME. In that study, nearly 20% of 128 hospital CIOs surveyed reported at least one personal identification error that led to an "adverse health outcome" for a patient.

Identifying patients, and getting complete and correct patient histories in the hands of doctors, is becoming more complex, according to Branzell, with healthcare providers using different electronic heath record (EHR) systems, different "universal" ID numbers, and other patient identification schemes.

To put it into terms we could all understand, Branzell told us a story. "Imagine if a woman went in for a yearly mammogram, and because her doctor used a different patient ID system than the mammography provider, her results were sent to someone with the same name. She assumes she's fine because she doesn't hear back from her doctor. The doctor doesn't check in because she assumes [the patient] never got the test. Then, a year later, the patient returns for another test, and discovers she's had cancer for a year and no one knew, even though she took the test that could have saved her life."

Not all identification problems are so life-threatening, but they are all expensive. According to Branzell, these problems can manifest in a lot of different ways. The most common is the creation of needless duplicate records which contain only partial information. Not only do these put patients in danger, but CIOs spend millions of dollars trying to identify, reconcile, and clean up duplicate data.

Here is a video that provides more background:

For patient records maintained within a single healthcare system, "things are pretty good," Branzell said. Still, he said, even the best system "has 5% error rates." Things get further complicated once a patient moves from one healthcare provider's system to another's. In such cases, "error rates can be as high as 50%," said Branzell. "Expand that over a large city or state and multiple healthcare systems, and the data is fragmented all over the place. Because there is no way to ensure accuracy of data on the front end, there is no way to do it on the back end."

What is the answer? Well, one way to help would be to create a universal ID number for patients. However, over a decade ago, the government banned the use of federal funds to even study this approach.

Private healthcare providers and insurers have yet to come together on a single system. CHIME has lobbied, and will continue to lobby, for a universal federal patient ID number. Branzell said he's been to many meetings with federal officials and congressional aides in which he's been told, "if we bring it up again, the meeting would be over because they could be perceived as breaking the law."

[ An ID number would also give patients power over their own data. Read Fairview Health Services CIO: Give Patients Their Data. ]

According to Branzell, during a keynote addresss at the 2014 Fall CHIME CIO Forum, Dr. Peter Diamandis -- chairman of the XPrize and co-founder of HeroX -- asked the audience what the biggest catalyst for change in healthcare would be. It was almost universally decided that patient ID was the biggest challenge, and had the biggest potential for change, said Branzell.

According to Branzell, Diamandis put out a challenge to the room: "Why don't you fix it?"

Shortly after, CHIME partnered with HeroX on the National Patient ID Challenge.

What does CHIME hope to get out of it? "The minimum we set out to do at the beginning was universal awareness of the problem," Branzell said. "[We wanted to] create an innovative state, where a solution or solutions were created. We have probably already achieved massive ground on awareness."