Disney's Tomorrowland Past And Present: A Celebration

Disneyland begins the celebration of its 60th anniversary today and the new movie Tomorrowland also debuts. We celebrate 60 years of the future.
David Wagner
Executive Editor, Community & IT Life
May 22, 2015 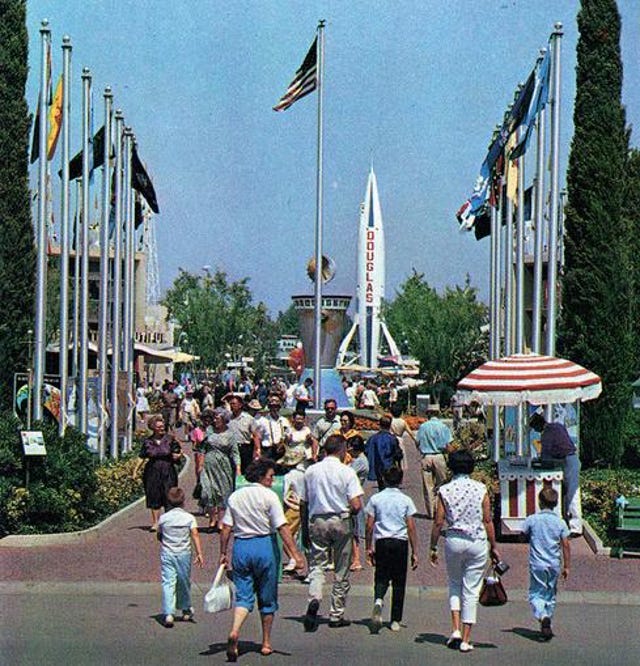 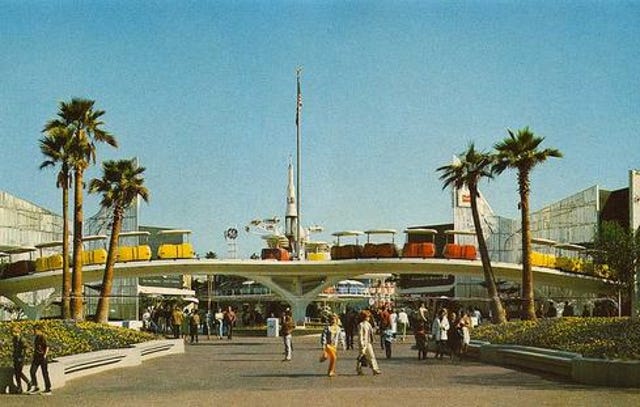 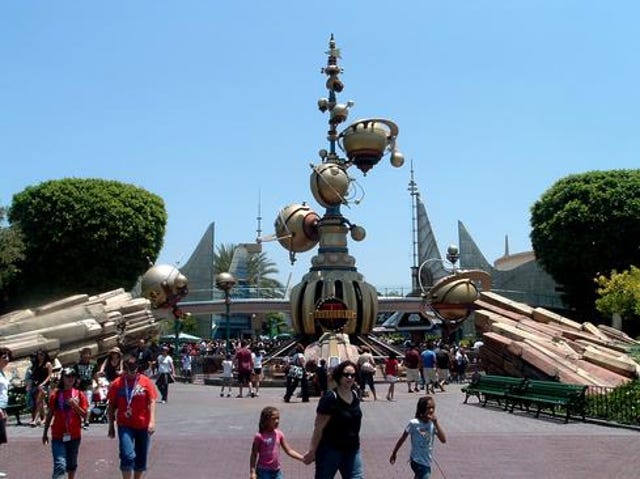 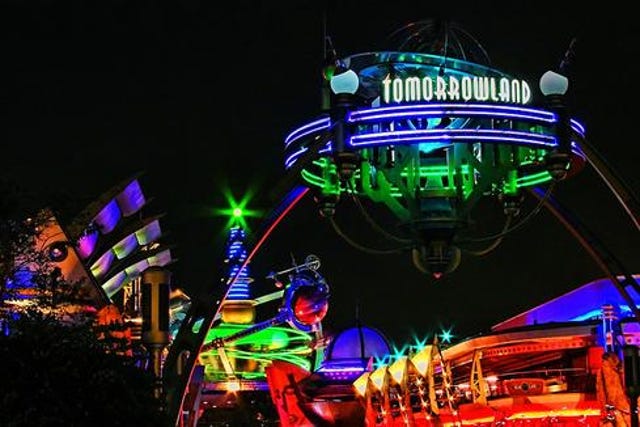 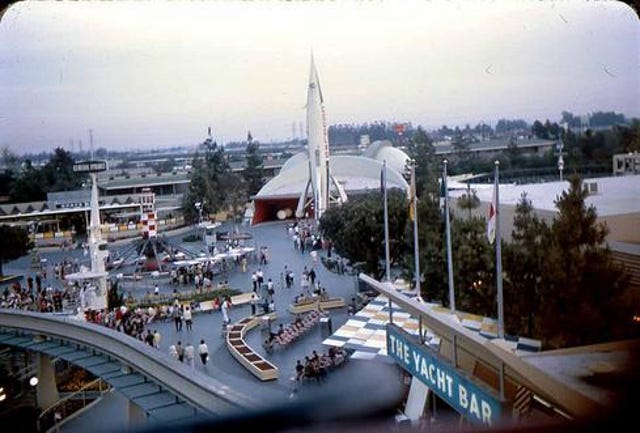 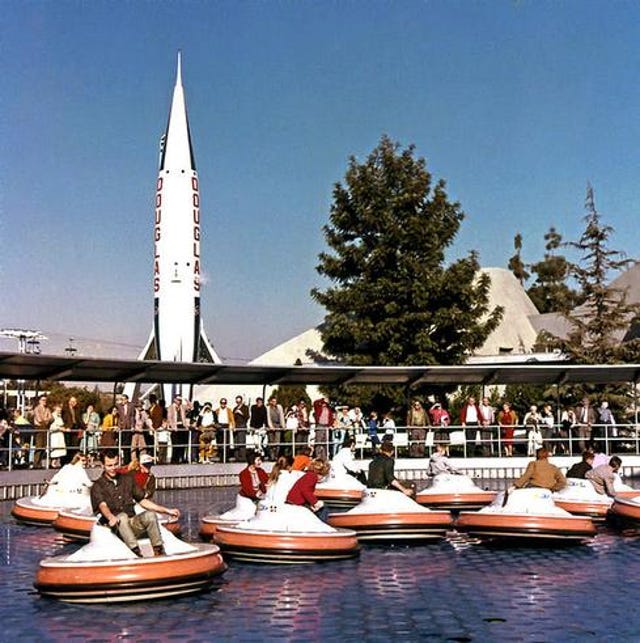 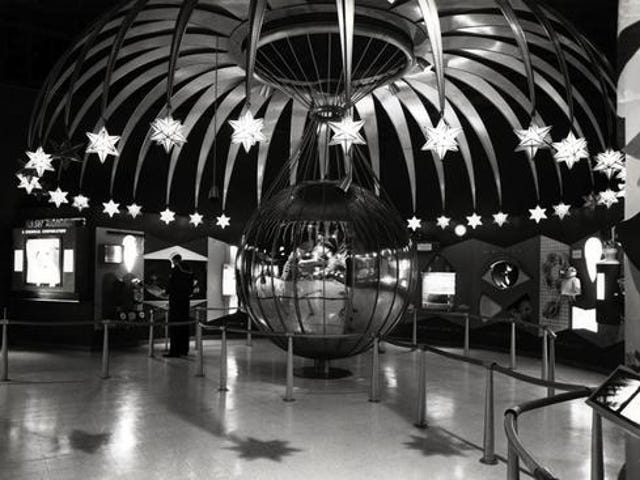 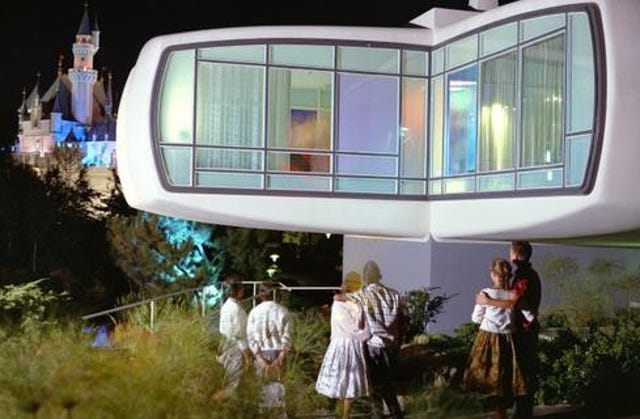 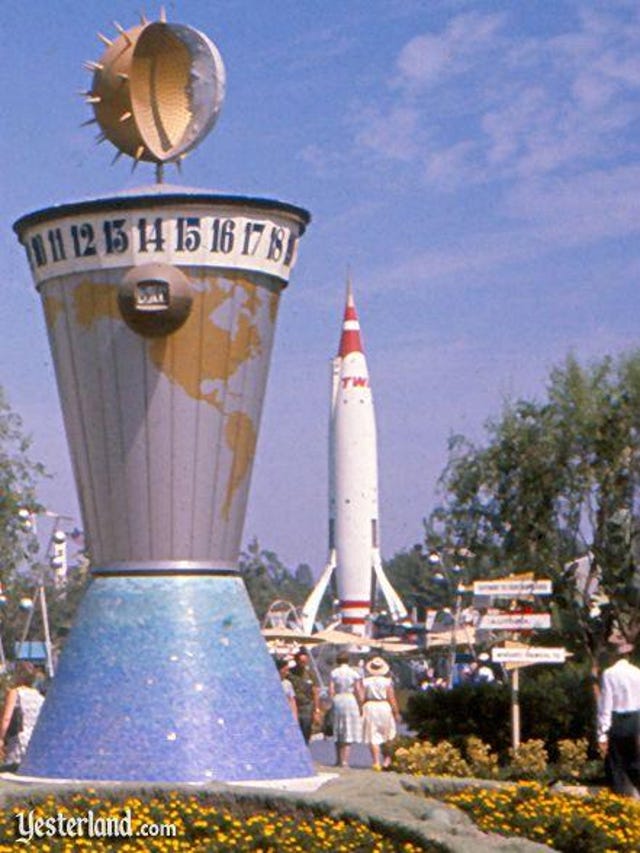 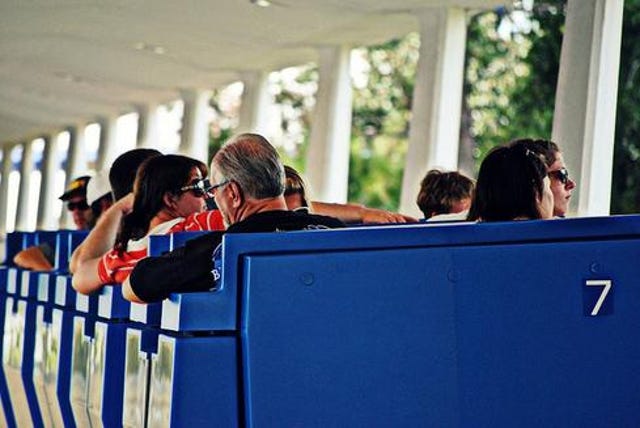 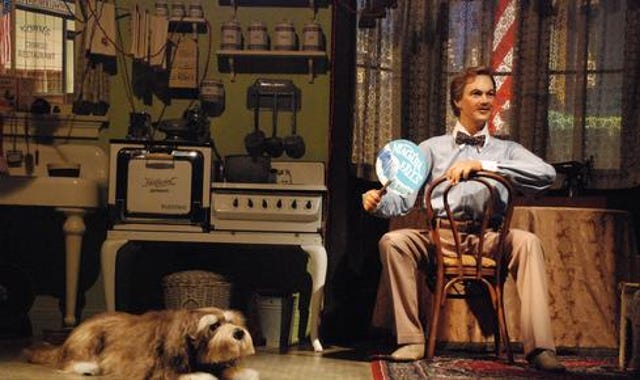 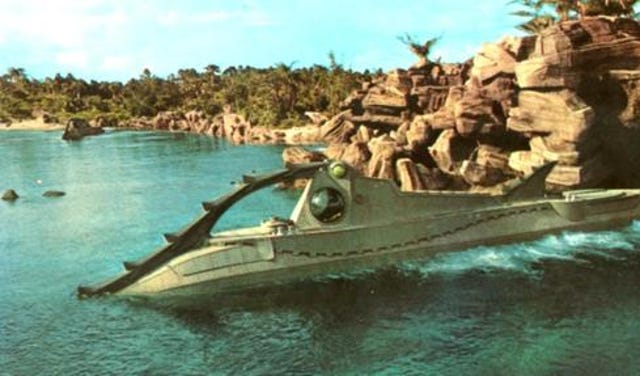 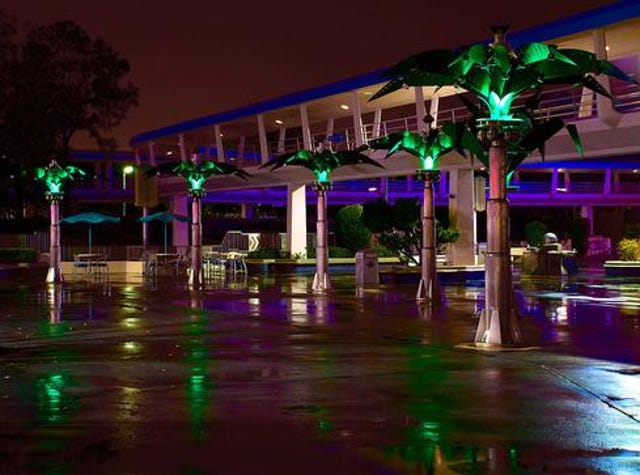 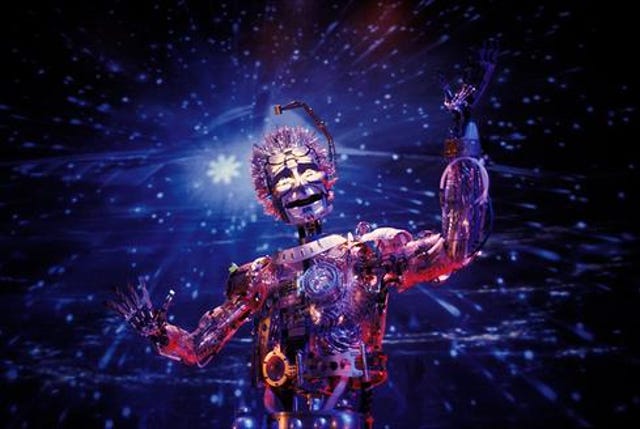 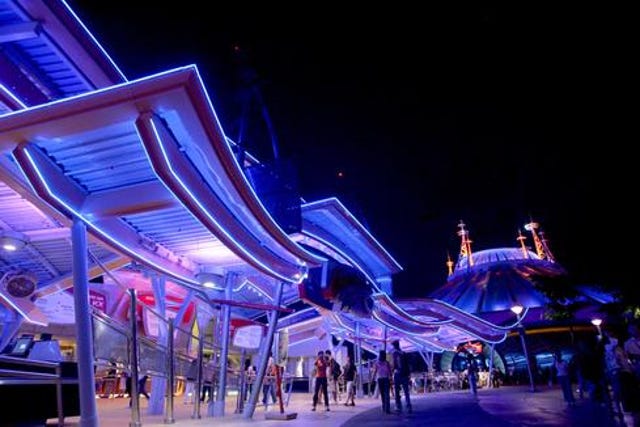 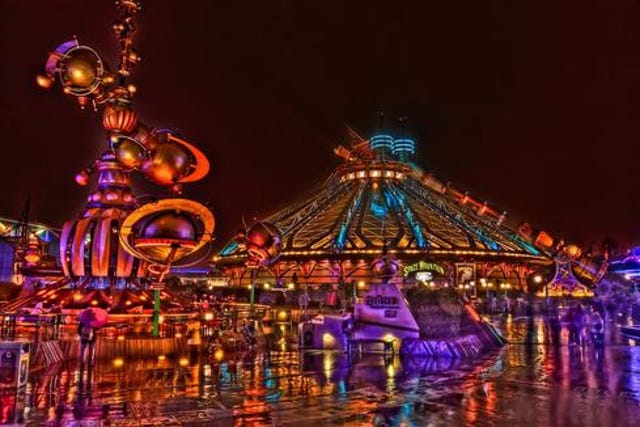 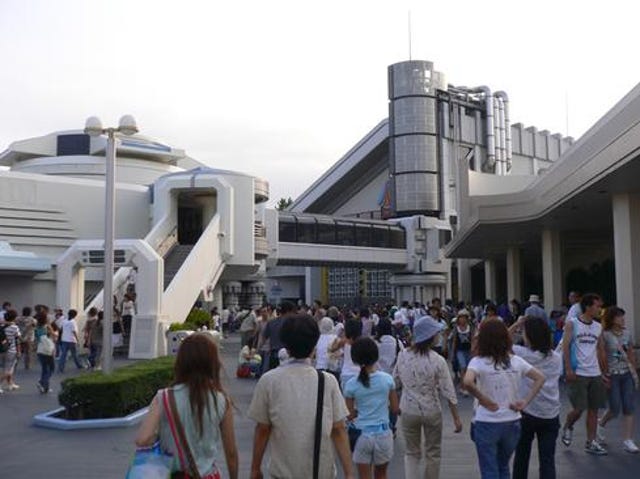 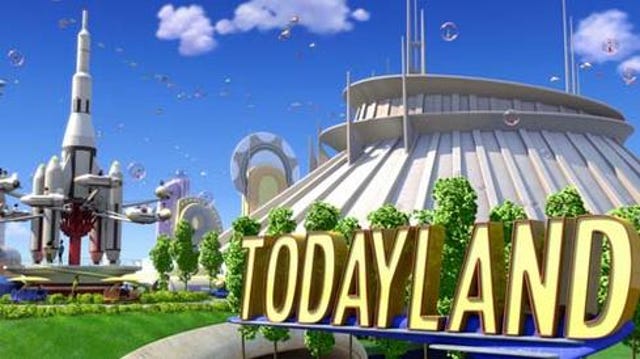 The day this story goes to press, Disney will release the movie Tomorrowland starring George Clooney. Disneyland will also stay open 24 hours to celebrate its 60th anniversary (which is officially in July). Long-time readers of the Geekend know that I am obsessed fan of all things Disney, particularly Walt Disney's views of a better future through technology.

Tomorrowland the movie is, in part, a tribute to that same spirit of Walt Disney. I won't give away much, but the plot is about a jaded former inventor and a young girl brimming with scientific curiosity who discover a place called Tomorrowland which is a beautiful world of the future trapped in a pocket of "time and space."

Basically, it is Walt's dream of the future, unchanged and beautiful.

Tomorrowland, in case your parents were too mean to take you to Disneyland, has always been one of the themed sections of all the Disney parks, starting with Disneyland in 1955. It was Walt's dream that Disneyland and especially Tomorrowland always be a showcase for the future. From the very beginning technology companies have paid to present their visions of the future in Tomorrowland alongside Walt's visions and attractions.

The original Disneyland Tomorrowland in 1955 tried to imagine what the future would be like in 1986. The prominent landmark was the "moonliner" a rocket that would supposedly take people to the moon as easily as they travelled by train. I say train because, honestly, jet travel had just started. You have to remember that the first jetliner didn't enter service until 1952. Also remember that this was seven years before JFK would deliver his famous speech committing America to going to the moon. So Tomorrowland has a legacy of showing us the future.

Sometimes it's a vision so far in the future that it hasn't happened, but futurists like Richard Branson are still trying to make it a reality.

But before we get too caught up in Uncle Walt's success. Let's also remember some of these less-than-memorable attractions, including: The Aluminum Hall of Fame, The World Below Us: A Showcase of Geology, and the Monsanto Hall of Chemistry.

That's sort of the fun of predicting the future. That's why I like to do it every Friday with the Geekend, and why every time I open IT Life Radio I say it is for IT Pros, technologists, futurists, and makers.

Disney has had to change Tomorrowland over the years. 1986 came and went. Some dreams came true and others didn’t. The first refurbishment was done in the late 60s, with the theme "The World on the Move." It featured, among other things, Walt's vision of a public transport, the Peoplemover.

The company refurbished again in the 1990s and continues to make over the park. At heart, no matter how the creators change the theme, is the idea of showcasing the future. Microsoft and HP, among others, still show their visions of the home of the future in Tomorrowland, just as the first "House of the Future" in Disneyland introduced America to the microwave in 1957.

There are now five Tomorrowlands in the world -- with another opening this year -- on three continents with different ideas of the future. But all are there for the same reason: To inspire another generation of dreamers, futurists, scientists, and engineers, just as Walt envisioned in 1955 when he dreamed of a place where children and adults could learn and play together.

Let's just look at some fun pictures of how our vision of tomorrow, through the eyes of Disney and its corporate partners, has changed. We'll take a romp through past tomorrows. And if my romp isn't enough, I suggest you head over to Yesterland.com for even more on the history of Disneyland. It is by far the best resource for Disney history on the Internet, and the team was kind enough to help me with some pictures and point me to others.