Location-based marketing or geofencing is a touchy subject. But you can avoid the creep with some of the best practices from Elephant Bar and Paytronix.
David Wagner
Executive Editor, Community & IT Life
July 21, 2015 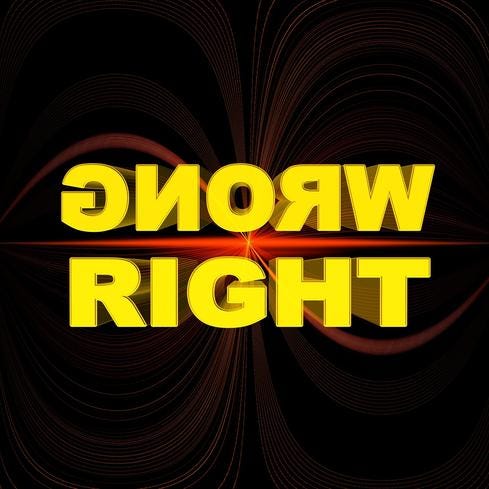 If a marketing program could get 40% of the people who view it to shop in your stores today, you’d be pretty happy, right?

That's what regional restaurant chain Elephant Bar has achieved while using geofencing software from Paytronix. Geofencing, a form of mobile marketing sometimes called location-based marketing, is rather controversial, since many people fear it is invasive.

But so far, the two companies seem to be creating some best practices that are both noninvasive and highly effective.

In short, geofencing sends a message to someone when he or she passes within a certain distance of a spot. The key to any location-based marketing is obviously a mobile app that allows for location tracking. Elephant Bar has 100,000 loyalty club members. Some 40% of them have downloaded the mobile app. Those who have the app receive notifications if they meet certain criteria: They need to be within two miles of the store at a time when the restaurant is open for business. They need to have an earned loyalty reward like a free drink or appetizer. They also can't have received a message within four days.

In the few months been running the program, Elephant Bar customers have received 1,393 messages, and 40% of these people dined in the restaurant within 24 hours of receiving the message. That's compared to 13% conversion rates for other email programs.

Why are the conversion rates so much better? Paytronix President, Andrew Robbins said in an interview with InformationWeek that Geofencing is more relevant to consumers. "It is more relevant than email because you have the right person in the right location at the right time," Robbins added.

Elephant Bar Marketing Manager, Suzanne Gross, says it is also about adding value to the customer.

"I think part of [the success] is what we're reminding the customer of," Gross said. "We're telling them they have a reward they can come in to redeem. And we tightened the proximity, so you are likely nearby. We narrowed the time frame around lunch and dinner hours so they might be out. We're reminding them of a reward that is a benefit to them, and if they [have] the app they are more engaged with the brand."

And obviously, bringing in a customer for a reward usually means they will buy other things, earn more rewards, get more notifications, and then come back in and buy more stuff. In any business, that is called a virtuous circle.

Of course, the fear around this kind of marketing has always been the creep factor. Sending a message to a potential customer essentially saying, "We know you're nearby," can come off the wrong way.

So far, neither Elephant Bar nor Paytronix says they are getting much negative feedback.

[It wasn't that long ago when we thought mobile marketing was never going to work. Read Mobile Marketing Fails To Live Up to Hype.]

"Generally, the feedback we've had is positive. Part of that has to do with working cautiously with our restaurant partners and picking promotions that are win-win. So with Elephant Bar, we're telling [customers] you earned this reward, and it may expire, so you are doing them a favor. It wasn't a random "try out buffalo wings" kind of message. And the frequency they are getting [messages] is the right level of frequency. So far it has been well-received."

In fact, Paytronix has had similar success with other customers as well. And they see more potential when the start turning the data geofencing is providing into new campaigns.

"We've been thinking a lot about potential," Robbins said, "What is the potential for someone to come in? Loyalty program data might show they are coming once a month, but you know they've come in the past three times in one month. Then you know their potential for coming is three. With geofencing, we can measure their geographical potential. We can see they drive by the store every single day at lunch. They might come in for dinner once a month, but they drive by every day at lunch. We should be sending you marketing to get you in at lunch."

That data can also be parsed in other ways. For instance, if you know the way your customers are driving by the restaurant, suggests Robbins, you change the way you buy mailings or billboards.

In other words, we're still only scratching the potential of this kind of mobile marketing and the analytics behind it.

When asked about future plans for Elephant Bar, Gross said, "We will continue to add more features to the mobile app, because we do believe that this is where the technology is headed. More people are carrying phones than loyalty cards. The more we add, the more our customers want to use them."

How to Get Started

But before you jump right into geofencing, Robbins has four basic things you need to get started:

1. You need some kind of mobile CRM or digital engagement platform. You need something that launches an app on a phone that engages your guests.

2. There needs to be a value proposition so the guest opts into the general concept of location tracking. There has to be a service that benefits the guest.

3. You need a communications strategy. I think a lot of people don't think of a consumer life cycle communication strategy. People don't always think of building engagement with a customer over time. Make sure that strategy is consistent across multiple forms of communication. You don't want to send 20 messages to the same person.

Getting creative might be the hard part, but here is a proof of concept for something many of us dismissed as an invasive form of science fiction. Now we know at least some of the steps to make it happen without alienating your most loyal customers.