Educational 'Technology' Across the Ages
(click image for larger view and for slideshow)
Since moving from his White House CIO job to CIO of Houghton Mifflin Harcourt, Brook Colangelo said he is facing a whole new set of challenges.

"I wouldn't even say they are challenges; they're opportunities for disruption," Colangelo said in an interview. "The White House situation was more of a turnaround, but this is an opportunity to disrupt a market."

HMH is a publisher and digital media company that sells primarily to the K-12 education market, currently the focus of a boom in technologies aimed at making education more personalized, adaptive and effective overall. Colangelo's role spans both internal information technology for corporate use and strategic decisions about technology HMH can offer customers to make learning more effective, he said.

"Learning is no longer sort of someone in a chair, in a classroom. Learning doesn't stop anymore," Colangelo said. "[With mobile and online technologies,] we can reach anywhere with this amazing, quality experience."

In January, Colangelo left the White House, where he served first on the transition team established following the 2008 election of President Barack Obama and later as CIO overseeing all the non-classified systems at the White House. That was a turnaround challenge because about 82% of the building's technology assets were at the end of their useful life, with old Gateway computers with 3.5-inch floppy drives still sitting on many desks. In his first 40 days, basic systems were offline 23% of the time, putting him in the position of explaining to senior staff why their email wasn't working.

Colangelo also spent his share of time in the congressional hearings hot seat, explaining the shortcomings of the White House's information management. After four years on the job, he felt he had modernized the White House's systems while shoring up scalability and redundancy, and was ready to move on. 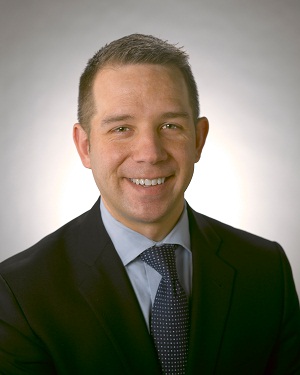 After getting a call from HMH CEO Linda K. Zecher, Colangelo said he was "excited by the opportunity to work in such an impactful space."

He made several references to HMH's recently announced partnership with Knewton on adaptive learning technologies that make educational recommendations based on student performance. Their first joint product for K-12 education, Personal Math Trainer Powered by Knewton, is part of HMH’s flagship Go Math! program. When teachers combine HMH content with Knewton's predictive analytics, Colangelo said, "they liberate the content to lead to the most effective outcome, and that is really the most exciting part about this."

A few months into the job, Colangelo said his technology strategy is still a work in progress. But he knows his basic priorities. "At the core of everything, listening to our customers is incredibly important. As they introduce new technologies, we want to help them take the next step in building more effective learning outcomes."

"Central to that is the ability to measure," he added. "I often tell my staff, if you can't measure something, it's hard to show improvement on it."