After decades of false starts, Facebook believes virtual reality will drive the next wave of technology. Here's how the company's Oculus acquisition fits in.

Virtual Reality: Still Goofy After All These Years
(Click image for larger view and slideshow.)

The Matrix, for those unfamiliar with the 1999 film, depicts a dystopian world where reality is not the way the protagonist, Neo, first sees it.

By presenting a series of optical illusions to an audience of developers at Facebook's F8 conference in San Francisco on Thursday, Abrash showed how human perception of the real world is the product of inferences made by our brains, rather than the reflection of objective input.

"'Real is simply electrical signals interpreted by your brain,'" he explained, quoting the words of Morpheus in The Matrix. Reality is what our brains reconstruct it to be, he said, based on our cognitive model of the world and sparse input from our senses. 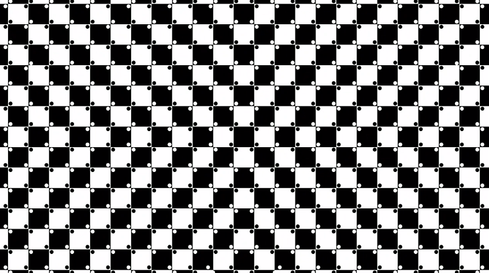 Your brain sees curves, but in reality the lines are straight.

"Virtual reality, done right, truly is reality as far as the observer is concerned," said Abrash, who also noted, "The Matrix gave me a deep sense of what VR could one day be like."

Facebook bought Oculus VR for $2 billion last year because people at the company believe the technology represents the future of interaction, or at least the future of entertainment.

That's the explanation offered by Mike Schroepfer, CTO of Facebook, who preceded Abrash during the second-day F8 keynote. The real power of marrying this technology with a sense of presence and the most used social connection platform is our ability to bring everyone together, he said. 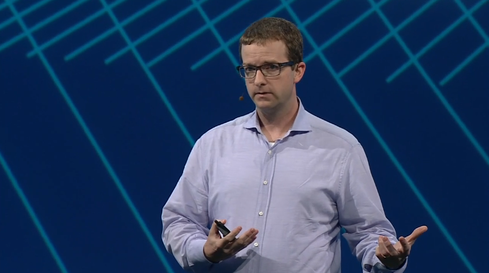 As far as ambitions go, Facebook's is exhilarating and just a bit terrifying -- The Matrix, you may recall, is based on Facebook's favorite conceit, a world where everyone is connected. While Google is mucking about trying to organize the world's information and make it universally accessible, Facebook aims to organize the world's people and make them virtually addressable.

Turning VR into a mainstream technology will take further work. There are still concerns that it may make people motion-sick. The hardware can be improved through further miniaturization and the development of ways to handle virtual movement without real-world collisions. But Abrash said that, with at least four major companies advancing the state of the art, he is optimistic. 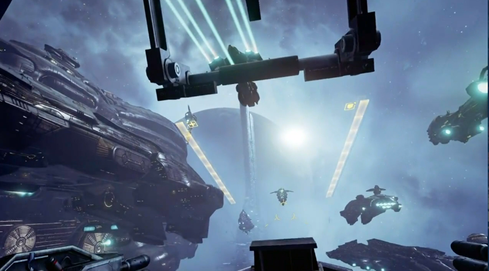 Facebook is thinking beyond making VR into a mass-market medium for entertainment and interaction. It's also pushing to extend Internet access to the estimated  1.1 billion to 2.8 billion unconnected people in the world by promoting open source software, hardware, and data center designs to facilitate global-scale computing, and advancing the state of artificial intelligence through a question-answering technology called Memory Networks.

[Read about VR and other cool gadgets from MWC.]

Schroepfer explained that the effort to connect everyone has created a new problem: Too much competition for people's attention. Artificial intelligence will provide a way to filter the noise, "to understand the context of the world and what you want," as Schroepfer put it. It may also aim ads more effectively, whether you want that or not.

"The shift to virtual reality is going to bring huge changes for us as developers and society as a whole," said Abrash, adding, "Virtual reality has the potential to change almost everything about the way we live."

It won't, however, ameliorate the difficulty of designing and delivering a functional, affordable, and comfortable VR headset that appeals to consumers and content makers. Virtual reality will be real when it ships.

Thomas Claburn has been writing about business and technology since 1996, for publications such as New Architect, PC Computing, InformationWeek, Salon, Wired, and Ziff Davis Smart Business. Before that, he worked in film and television, having earned a not particularly useful ... View Full Bio
We welcome your comments on this topic on our social media channels, or [contact us directly] with questions about the site.
Comment  |
Email This  |
Print  |
RSS
More Insights
Webcasts
What We Can Learn from Sports Analytics
Protecting Your Enterprise's Intellectual Property
More Webcasts
White Papers
Passwordless: The Future of Authentication
ROI Study: Economic Validation Report of the Anomali Threat Intelligence Platform
More White Papers
Reports
Special Report: Understanding Your Cyber Attackers
DNS Network Traffic Volumes During the 2020 Pandemic
More Reports

Now if they could get the goggles down to a Google Galss size they would be set.  Right now Holo Lens and Magic Leap are giant pairs of glasses.  That's a harder sell than the smaller Glass hardware.
Reply  |  Post Message  |  Messages List  |  Start a Board

Absolutely. Gaming is the only application I can think of for headsets that completely block vision. Cool? Sure, but not practical. Hololens is something that could be used by people in a range of professions if the right applications are developed for it. A long way off, but it'll be interesting to see.
Reply  |  Post Message  |  Messages List  |  Start a Board

What's funny is that this is very similar to what Google showed with Glass but it just never quite got there,  the simple overlays that we all expect from a heads up display.  Now both Microsoft and Magic Leap are showing very similar interfaces but Google hasn't given us anything new.  I really want to see this happen because it would have so many practical applications as opposed to a mask that blocks out the world so you can play games.
Reply  |  Post Message  |  Messages List  |  Start a Board

@SaneIT I also think the HoloLens looks really cool, based on the demo they did when it debuted a few months back. It's much more practical than a headset that shuts out the outside world. I'd love to give it a try.
Reply  |  Post Message  |  Messages List  |  Start a Board

I think that Microsoft's Holo Lens pitches are exactly what VR should be right now.  The simple overlays onto the real world make much more sense to me than a pair of blinders that play movies.  Magic Leap is doing something very similar and I can't wait to see what the next few years brings in terms of immersive VR.
Reply  |  Post Message  |  Messages List  |  Start a Board

@ yalanand. If you go and look into Microsoft glass you will see great examples. Such as engineers collaborating together and manipulating 3d models. Astrounats working on virtual models of mars surface, it is really cool.  I think most VR glasses and really bulky and heavy.
Reply  |  Post Message  |  Messages List  |  Start a Board

@PedroGonsalez: What kind of collaboration work are you talking about?
Reply  |  Post Message  |  Messages List  |  Start a Board

@charlie: I completely agree. Google's Cardboard is also one of such a VR tech that needs to be seen to be believed. If VR marketing is dedicated to industrial uses only (at first) then people would see the use of VR. We already know VR has a huge potential in gaming market but that is not where it ends. We have to show that by marketing it for the industry, we would open up VR's maximum potential as compared to gaming and other forms of entertainment.
Reply  |  Post Message  |  Messages List  |  Start a Board

I think if VR can support collaborate work and industrial environment. I think they would have a greater chance to become mainstream.  For me, the best example is Microsoft head set where people can be productive in their unique industry and support collaboration.  If VR sets continue to limit themselves to the entertainment field, they have a long way to go.
Reply  |  Post Message  |  Messages List  |  Start a Board

Multiplayer games have some pretty effective ways to fake true synchronization when there's lag or other kinds of network issues. And bandwidth isn't that big an issue either since so much of the rendering is done client-side. But it's true that overall network congestion and the proliferation of mobile devices will strain network resources in a lot of places where the infrastructure is poor.
Reply  |  Post Message  |  Messages List  |  Start a Board
Page 1 / 2   >   >>
Editors' Choice
Hot Topics

10 IT Trends to Watch for in 2021 Cynthia Harvey, Freelance Journalist, InformationWeek,  12/22/2020
White Papers
From MFA to Zero Trust
Presenting Your Cloud Security Strategy to the Board
The State of Threat Detection and Response
The Insider's Guide to IP Geolocation Data During COVID-19
Seven recommendations for a Successful SD-WAN Strategy