Popular messaging service WhatsApp is going to stop supporting all BlackBerry platforms by the end of the year, making the fading OS even more irrelevant than it already is.

WhatsApp said it plans to drop support for a handful of aging platforms before 2016 comes to a close, including all versions of BlackBerry OS. The move highlights one of the core problems facing any platform not made by Apple or Google -- app availability.

Canning support for older operating systems and hardware is part of the natural life cycle of consumer electronics. Apple and Google are both guilty of obsolescing iPhones and Android handsets that can't handle the newest versions of iOS and Android. Microsoft and BlackBerry, too, have done it to their own products. Device and operating system makers generally cease supporting older gear because there are too few users, it's not worth the money, or they'd rather see customers upgrade to the latest and greatest stuff.

The story is altogether different when partners and third-party app makers drop support for existing platforms.

Apps are the lifeblood of today's mobile operating systems. Without apps, platforms cannot survive. Apple and Google are lucky; iOS and Android each have well more than one million apps cluttering the iTunes App Store and Google Play Store, respectively. That wasn't always the story. 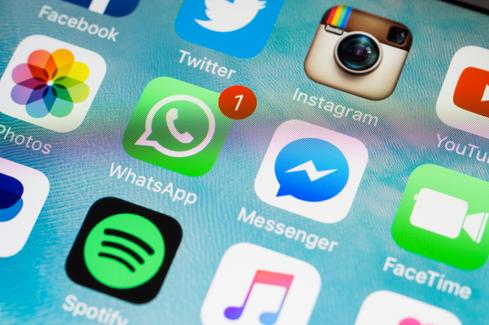 "When we started WhatsApp in 2009, people's use of mobile devices looked very different from today," explained WhatsApp in a blog post. "The Apple App Store was only a few months old. About 70% of smartphones sold at the time had operating systems offered by BlackBerry and Nokia. Mobile operating systems offered by Google, Apple and Microsoft -- which account for 99.5% of sales today -- were on less than 25% of mobile devices sold at the time."

In other words, WhatsApp cut its teeth on apps for once-popular platforms such as Nokia's Symbian and, of course, the formerly named RIM's BlackBerry OS.

Fast forward to 2016, and WhatsApp's plan to drop support for older operating systems makes sense from a business perspective. The company said it wants to focus efforts moving forward on the operating systems that the majority of people actually use today. Sadly, not enough people use any version of BlackBerry OS to warrant keeping the app alive.

BlackBerry 10 is a relatively new platform in the grand scheme of things, though BlackBerry's handset sales figures show the operating system is already on life support. The most recent quarterly report from BlackBerry points to shipments of only 700,000 units. BlackBerry CEO John S. Chen has said numerous times that if BlackBerry can't make a profit selling hardware, it will stop selling hardware altogether. That possibility seems more real as each quarter rolls around.

Some might argue that losing WhatsApp doesn't matter because BlackBerry owners rely on BBM, not WhatsApp, for their messaging needs. That's probably true, but at about 100 million users, BBM's installed base (which includes Android and iOS) is far smaller than WhatsApp's global installed base of 1 billion.

[Can BlackBerry be saved? Here are eight ideas to consider.]

BlackBerry isn't the only one losing access to WhatsApp. WhatsApp also plans to drop support for Android 2.1 and Android 2.2 from Google, Symbian S60 and S40 from Nokia, and Windows Phone 7.1 from Microsoft. These are all outdated platforms, and WhatsApp rightly suggests that anyone using them should upgrade.

"These mobile devices have been an important part of our story," said WhatsApp, but "they don't offer the kind of capabilities we need to expand our app's features in the future."

Natural selection in the consumer electronics industry continues along its brutal path.

Eric is a freelance writer for InformationWeek specializing in mobile technologies. View Full Bio
We welcome your comments on this topic on our social media channels, or [contact us directly] with questions about the site.
Comment  |
Email This  |
Print  |
RSS
More Insights
Webcasts
Protecting Your Enterprise's Intellectual Property
5 Steps to Solving Modern Scalability Problems
More Webcasts
White Papers
Cloud Connectivity -- Your Guide to the Network
Seven recommendations for a Successful SD-WAN Strategy
More White Papers
Reports
The State of Threat Detection and Response
The ROI Of SD-WAN: Not Just A Numbers Game
More Reports

Do you think this move hastens the dropping of the BB from enterprise, government and small business use? If so, where do they migrate to? iPhone or Android?
Reply  |  Post Message  |  Messages List  |  Start a Board

@vnewman2, I think if BB had responded quickly to the iPhone it might have been a different story but they kept with their clunky roller ball UI until well after Android had already conquered the market.  My Note 4 is all I need for business and personal.  BTW, if Microsoft was just a cell phone company like BB, they'd be out of business by now.
Reply  |  Post Message  |  Messages List  |  Start a Board

@DDurbin1 - Very well said.  And now their attempts to play catch up and turn things around just keep failing miserably.  It is painful to watch at times.  I still have an old bb that I primarily use to communicate with friends overseas on bbm and also What's App.  Now there's one less thing I can do with it.  It won't be long until my iPhone is my "OnlyPhone."
Reply  |  Post Message  |  Messages List  |  Start a Board


Blackberry will go down with all the other defunct technology companies sticking with what got them market share then refusing to change with the market sticking with "their" way of doing things until it is too late: Novell, Lotus 123, Harvard graphics, WordPerfect, and the list goes on.

It means progress. But another point of view it can be just marketing!!!
Reply  |  Post Message  |  Messages List  |  Start a Board

@jnskm – yes Blackberry has the opportunity of showcasing their security features and blocking access to any government. I wonder why they don't make that a selling opportunity.
Reply  |  Post Message  |  Messages List  |  Start a Board

One reason I still keep blackberry is for easy Qwerty keyboard I just love it and can type with my eyes closed. Blackberry still has a very niche market. I feel those Blackberry users who still use them might continue relying on blackberry.
Reply  |  Post Message  |  Messages List  |  Start a Board

Devices and apps do get outdated pretty fast and blackberry is going down day by day no matter how hard they try to get back on track.
Reply  |  Post Message  |  Messages List  |  Start a Board

Not long ago when you heard BlackBerry, you thought: the device to use if communications security is really important. Then governments -- some legit, some not so much -- started to push RIM to give backdoor access. RIM caved. A lot of businesses started to move away from RIM.

I think this fight between Apple and the FBI could be a really opportunity for BlackBerry. Get in there punching. Announce that BlackBerry will be going back to its roots and offerring end-to-end impossible-to-hack communications tools/services. Stand by Apple to say NO to the government who wants private companies to work for them.

BlackBerry should stand for something: fully encrypted, fully private, fully secure phones and services. Or something like that. This is BlackBerry's opportunity of a lifetime. BlackBerry should take advantage of it.
Reply  |  Post Message  |  Messages List  |  Start a Board

This says it all...and it not only applies to consumer electronics, as the software industry also abbies by this. Clear examples are when dealing with outdated browsers (i.e. Internet Explorer 8), which many times leads to hindering development instead of helping it since making applications backward compatible can be a true headache when a certain feature is not available and workarounds have to be implemented.

This is one of the reasons that in today's age you can't really hold on to your smartphone for too long since it will come a point that it'll even become a security risk since it won't be getting the required support.

And because for many companies providign support is part of the business strategy is a matter of having devices that companies have as part of there product support portfolio.
Reply  |  Post Message  |  Messages List  |  Start a Board
Editors' Choice
Hot Topics