Users can watch shows, movies, and home videos from Hulu, Netflix, and other Internet content providers on any TV.
Esther Shein
Contributor
November 18, 2010 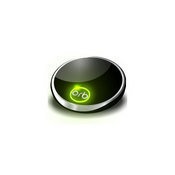 Orb TV is easy to set up and controlled through a smartphone app available on Android and Apple devices, the Oakland, Calif.-based Orb Networks said. Users will also be able to stream home and YouTube videos and photos to a TV.

"With Orb TV, people are no longer locked into watching their favorite online TV shows on a small PC or Mac computer screen," said Joe Costello, CEO and founder of Orb Networks, in a statement. "We make it easy for consumers to enjoy popular TV shows on any TV, in any room of the house. With the smartphone, consumers no longer have to worry about losing the remote for the TV, and it has a familiar interface that consumers are accustomed to."

Once users download the free Orb Caster software to their PC or Mac, they plug the hockey puck-shaped Orb TV unit into any TV in the home and download the controller app to their smartphone. The controller app provides a global index of TV shows, and users can also type in the name of the show without having to specify the source, according to the company.

On the negative side, because network connectivity is provided through built-in Wi-Fi, the device does not offer high-definition video and requires that the PC or Mac stay on while the user is watching the Orb TV. It also does not come with a remote, and instead requires the use of a smartphone or tablet. The company said it expects to release an HDMI version of Orb TV, as well as deliver an API so that additional video sources can be added to the device. On the plus side, multiple TVs can run Orb TV on a single network. Unlike competitors such as Google TV and Boxee, video sites will likely not be able to block access to content since the video stream comes in from a PC.