DigitalQuick is an elegant encryption add-on that allows enterprises to use Dropbox for sensitive documents and information
Max Cherney
Contributor
February 26, 2013

DigitalQuick is a newly-released add-on for Dropbox that offers encryption-type security measures for personal files and sharing. Its near-seamless integration with Dropbox and Windows Explorer make it an easy tool to use — so long as your main OS is Windows. If you’re primarily on OSX like me, it’s probably better to wait until developer Fasoo USA Inc., releases the OSX version (later this year, according to the company) before taking DigitalQuick for a test drive.

The software adds encryption and secure file sharing to Dropbox. It does so by adding a right-click option to Windows Explorer, which allowed me to enable or disable DigitalQuick on a folder on my computer, including ones in Dropbox. Once I right clicked on the folder I wished to encrypt, the app offered two levels—basic and advanced. Other users must log in to DigitalQuick accounts. The service manages permissions to the files based on that login.

Basic encryption uses an AES-256-bit cipher to encode any file type. Users with permission to access the basic folder can edit and view files encrypted with this method. Also, user and file activities aren’t tracked. Advanced encryption let me pick what members were able to do — things like read, edit, print and decrypt. Unfortunately, the supported file formats are limited to MS Office (docx, xlsx, pptx), pdf, txt, jpg, tif, png and bmp files. With the advanced encryption, though, the app tracks user and file activity. 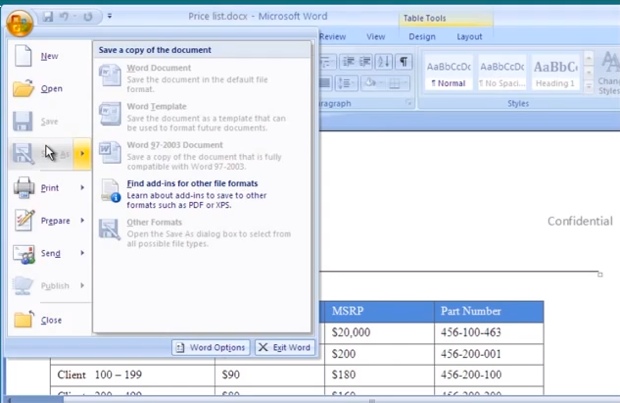 DigitalQuick lets you set permissions so, for instance, others can view your files but not print or copy them.

Once I selected a folder and encryption method I was free to drag and drop files into the folder that the app automatically encrypted. I could also share them. Sharing, I suspect, is one of the strongest features the app offers because it’s possible to create secure cloud shares amongst various teams and with clients. This was the case even in a BYOD scenario.

DigitalQuick created well-executed Android and iOS apps. At first, I wasn’t quite sure why Fasoo released one for iOS, given the lack of OSX support. But the iOS app is actually pretty useful, especially in BYOD scenarios. The app provides a way to download, decrypt and access files. So while it’s important to be Windows-based at the office, for example, it’d be easy to look at secure documents at home or while commuting on a personal iPad. The Android app offers the same features. Both apps also offer a passcode lock feature to prevent unauthorized access to Dropbox or DigitalQuick folders. Both apps also gave me a way to get decrypted files onto another machine.

DigitalQuick also includes a Web dashboard. It’s a straightforward tool to manage existing encrypted folders. From the dashboard I was able to change permissions for folders with advanced encryption, change folder ownership, view folder activity history and remove a folder from DigitalQuick — even one located on a Dropbox account. The dashboard also offers device management and an audit log.

I liked the Web dashboard — it’s clear, straightforward and simple to understand how the management functions operate. I will say that without an OSX version I was hoping to have a dashboard closer to Dropbox’s so that I’d be able to use DigitalQuick without hacking a workaround with a virtual machine.

My workaround was pretty simple but a bit clumsy to use, especially in a fast-paced environment. To get DigitalQuick to work on my OSX tower, I used a Parallels 8 virtual machine on my OSX desktop, which I already had installed for other reasons, to install Dropbox, and then the DigitalQuick client. Once I had those running, and my Dropbox folder synced I was able to use the Windows virtual machine for DigitalQuick. It works, but it’s annoying.


DigitalQuick is an elegant encryption solution that allows users and enterprises to use Dropbox to handle sensitive documents and information. The ease with which DigitalQuick allows sharing makes it even more attractive, especially for the price. Its integration with the Windows desktop, and availability on iOS and Android also make it ideal in BYOD scenarios. But I'm going to have to wait for their OSX support, promised for later this year, before I use it in earnest.