If we observe competing truth claims in analytic methods, tools or work products, then are the truths absolute or relative? 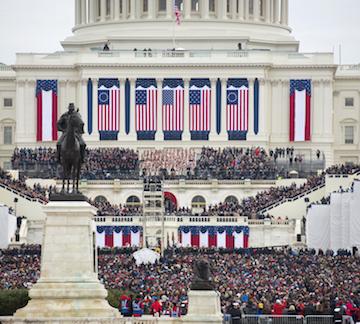 During the weekend of President Trump's inauguration, there was a televised dispute regarding the number of people in attendance. The Trump administration argued that he had the highest inaugural attendance -- ever -- period. When this statement was challenged on Meet the Press, the response given was that the Trump statistics were 'alternative facts.'

In that light, the public and media charges of prevarication, when examined through the prism of postmodernism, could be deemed 'alternative facts,' a competing set of truth claims regarding the scope of the Trump inauguration attendance.

So as I remove my tongue from my cheek, let's dig into the subject of postmodern analytics. Is there an exclusive and best way to draw a survey sample? Is there a statistical package that serves as the standard bearer? Is there only one correct way to perform multiple regression? Are five-point Likert scales the baseline against which three- or seven-point scales should be compared? When assigning codes to survey items, should gender be coded as 'M/F', '0/1,' or '1/2'? If two different peer-reviewed studies respectively show that wine does and does not prevent cancer, then which one is right? If we observe competing truth claims in analytic methods, tools or work products, then are the truths absolute or relative?

So what's the point? Simply this - while many raise their voices in derision and ridicule regarding the phrase 'alternative facts,' perhaps we of the analytics community should examine the materials from which we build our houses before we throw stones. How many times do we use the expression 'It depends' when elaborating on analytic outcomes? How many times to we have to prove that our curves are normal and that our deviations and errors are standard?

As you ponder these questions, please remember the following dialog between Luke Skywalker and Obi-Wan Kenobi (Star Wars Episode VI - The Return of the Jedi):

Luke: Ben! Why didn't you tell me? You told me that Darth Vader betrayed and murdered my father.
Obi-Wan: Your father... was seduced by the Dark Side of the Force. He ceased to be the Jedi Anakin Skywalker and "became" Darth Vader. When that happened, the good man who was your father was destroyed. So, what I told you was true... from a certain point of view.
Luke: A certain point of view?
Obi-Wan: Luke, you're going to find that many of the truths we cling to depend greatly on our own point of view.

What do you say? Are we in a postmodern period of analytics? Do different perspectives mean that analysts are ethically-challenged or can there be 'alternative truths'? Are we void of common truths or should we seek beliefs around which we can find consensus if not unanimity? What is your point of view?