For IT in 2018, Think Change and Change Again - InformationWeek

Even with the ongoing new developments in core technologies, IT organizations are facing dramatic changes in how they work in 2018 as they embrace new business concepts and strategies.

We just might be at a point where IT professionals -- from the overworked help desk staffer up to the CIO in the fancy office -- long for the good old days. You remember those days, when technology, that "T" in IT, ruled the day.

That was when the to-do list was filled with tasks such as configuring hardware, testing compatibility of software packages, upgrading databases, responding to "stupid user" complaints, and fighting to keep hackers out of a system. Even the move to the cloud often was a bits and bytes and connections challenge. Today, a whole new layer of IT complexity has landed on top of all those pure tech issues.

That layer is a sometimes bewildering mashup of raw data, analytics, innovation, customer relations, and business strategy. How those elements -- once largely in the purview of only a few specialists or the most senior IT executives -- have been woven into the day-to-day lives of most IT pros was illustrated in a 12-part series of feature articles posted on InformationWeek.com over the past two months. Our writers looked at the state of a dozen technology and management concepts and explored the new world of IT for practitioners and the business as a whole.

Take the example of the IoT, which John Edwards examined in The Internet of Things: Still Lots for You to Learn.

One could look at IoT and conclude that it's really just a network, feeding lots of data into a database. Granted, it includes Internet-enabled sensors, but IT knows how to connect things to the Internet, and it certainly knows databases. Oh, but IoT is so much more, with so much more to know.

The IoT network is useless unless IT understands the business and the challenges that business leaders and operations people face. Consider what the optimum operating temperatures are for refrigerators in 1,000 restaurant outlets, and at what temperature the food starts to go bad. When an IoT-connected fridge has issues, and the temperature hits a level where an alert is issued, who gets notified? What does that service rep need to know about past temperature trends? What type of repair or preventative maintenance has to kick in at what point? What do the other sensors in a fridge tell food quality managers about when food stocks need to be rotated out or replenished? All of that data plays into corporate decisions on everything from which refrigerator supplier to use to how inventory control factors into corporate margins.

The fact that the IoT is about analytics as much as it is about networking raises another question. What is the role of IT in an analytics initiative? Writer Lisa Morgan explored that as part of her feature Beware Analytics' Mid-Life Crisis.

Citing the ever-popular business shift to software-as-a-service (SaaS) applications procured by business units rather than IT, Lisa wrote: "Organizations serious about competing on insights need to think holistically about how they're approaching analytics and the role of IT. Disenfranchising IT from analytics may prove to be short-sighted. For example, a proof of concept may not scale well or the data required to answer a question might not be available."

In other words, the next phase of "Shadow IT" shapes up as "Shadow Analytics," which can only mean a huge problem with data siloes, some sitting in marketing, others in operations, and still more back in the IT group.

A Year Filled With Change For IT

On top of all this change, we now are looking at lots of interest, largely in the past year, in the corporate use of artificial intelligence. Sure, AI is in the early stages at this point -- often just talk rather than action -- but it demands attention. That was very apparent in Cynthia Harvey's AI Begins to Infiltrate the Enterprise.

Despite a flood of publicity and product announcements related to artificial intelligence, it seems that few enterprises have adopted the technology so far. She quoted Whit Andrews, vice president and distinguished analyst at Gartner, as saying, "We are in the very earliest stages of enterprise adoption of artificial intelligence." He said that while few companies have AI in production today, many more have AI apps in the planning or pilot stage.

Putting AI into perspective, Hadley Reynolds, managing director and co-founder of the Cognitive Computing Consortium, said the technology giants like Google, Microsoft, Amazon, IBM and Facebook are farthest along with AI adoption. He said they are "basing much of their businesses on various kinds of machine learning and deep learning technologies," so they have invested heavily in research and recruiting talent with AI skills.

Of course, once those giants start recruiting for advanced technologies the price for talent goes up, and IT organizations in non-tech sectors and regions like the Heartland find themselves competing for a shrinking pool of job candidates suited for advanced tech projects.

As Matt Hamblen explained in To Find IT Talent, Think Differently – and Move Quickly, IT staffing and recruiting models need to be revamped, utilizing approaches such as partnering with tech companies that have expertise on hands and use of multi-discipline teams where key skills are found in several team members rather than just one AI expert.

Yes, change is in the air for the business and the IT team, and the leader of that IT team isn't exempt. As Hamblen said in CIOs' Evolving Role: Think Revenue and Strategy, the CIO role is shifting to more of a business focus than the tech-centric job that it became about a decade ago.

The CIO role has, in fact, been riding a pendulum since the title became fashionable back in the 1980s. At that time, experts envisioned CIOs as the keepers of all types of corporate information, which would allow them to apply technology to solving key business challenges, generating revenue and reducing costs.

With the advent of the Web and the start of our love affair with everything mobile, many CIOs shifted their attention to emerging tech to become the lead geeks, leaving business strategy behind. When business units found they could solve their challenges with Shadow IT, plenty of CIOs found themselves relegated to keeping legacy infrastructure and apps running, while innovation happened in business units.

With CIOs once again becoming more focused on the strategic side of the business they do have to keep one foot grounded in technology so they can understand which technologies can help the business and which ones won't.

There's plenty of change in the air. I hope you will catch up with the help of all of our Entering 2018 features through the links below.

How Your SaaS Strategies are Evolving

AI Begins to Infiltrate the Enterprise

The Internet of Things: Still Lots for You to Learn

The World of DevOps Tools Can Make a Newbie's Head Spin

Kick the IT-Business, Love-Hate Bond up a Notch

To Find IT Talent, Think Differently – and Move Quickly 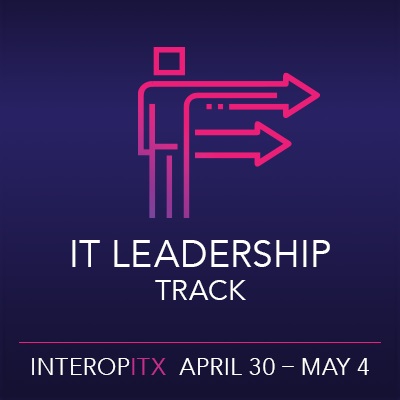 Learn about all of these topics and more at Interop ITX,
April 30 to May 4 in Las Vegas. Register now.

Jim Connolly is a versatile and experienced technology journalist who has reported on IT trends for more than two decades. As editorial director of InformationWeek and Network Computing, he oversees the day-to-day planning and editing on the site. Most recently he was editor ... View Full Bio
We welcome your comments on this topic on our social media channels, or [contact us directly] with questions about the site.
Comment  |
Email This  |
Print  |
RSS
More Insights
Webcasts
What We Can Learn from Sports Analytics
The Failures of Static DLP and How to Protect Against Tomorrow's Email Breaches
More Webcasts
White Papers
2020 Cybersecurity Report Card
The Essential Guide to Securing Remote Access
More White Papers
Reports
Special Report: Edge Computing: An IT Platform for the New Enterprise
How IT Security Organizations are Attacking the Cybersecurity Problem
More Reports