IT Jobs: 3 Reasons To Reject A Counteroffer

Accepting a counteroffer may be tempting, but it can pose big problems later. Here's why you should think twice before playing the game.
Kristin Burnham
Senior Editor, InformationWeek.com
January 23, 2014

You've been offered a job at another company. You give your boss your resignation and he throws you a curveball: a counteroffer. Do you stay or do you go?

While counteroffers have the potential to pad your paycheck, there is more you need to consider before making your decision, said David Morgan, president of the IT division at recruiting company Addison Group. "At this point, your boss is going to say whatever he can to keep you. It may sound like a good position to be in, but it's not," he said in an interview.

Here are three reasons why you should think twice about accepting a counteroffer.

[Don't make these resume mistakes: IT Resume Revamp: Spotlight On IT Consultants.] 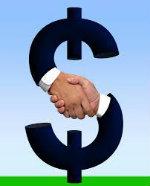 1. Money won't fix your problem.
Your company's counteroffer may be tempting -- more money, more vacation -- but you need to remember why you started looking for other opportunities in the first place.

"There are two elements here: the push and the pull," Morgan said. "What's pushing you away from your employer, and what's pulling you to a new opportunity? If you were recruited, what is the pull and is it better than the push? Ideally, the pull is bigger than the push, and that's what you need to remember going into the conversation."

A bump in salary may act as a bandage for some of the problems that prompted you to start looking, but it probably won't fix your situation, added Matt Leighton, director of recruitment at IT staffing agency Mondo. "Research shows that employees who accept a counteroffer usually leave that company six to eight months later," he said. "The money may be a temporary fix, but it won't solve your problems."

2. You will be labeled.
If you accept a counteroffer, your company will make a note of it in your file, which could pose problems later, Leighton said. "Even if you accept the counteroffer, they'll put a mark on your file to say what happened. It can be a bit of a black eye," he said.

This could be problematic down the road because your company considers you a flight risk, Morgan said. "If you accept the counteroffer, you may be working there and getting the money you wanted, but they're going to be very nervous about you in the future," he said. You could rise to the top of the list if they need to make cuts -- or be passed over for a promotion -- because they think it's only a matter of time before you consider leaving again.

3. Your reputation follows you.
You need to remember that your reputation is tied to your actions, Morgan said. Consider what may happen if you accept a counteroffer and years later find yourself interviewing for a position at the company -- or with the manager -- whose interview process you went through and job offer you ultimately turned down. "Good luck getting that job. That's a dangerous position to put yourself in," Morgan said.

Have you made a mistake in accepting a counteroffer, or did it work out for you? Leave your thoughts in the comments section below.