Automation: How Can We Reskill the Workforce? - InformationWeek

The growing interest in automation in the enterprise highlights the need to place humans in jobs that are best suited for humans rather than machines, and a need for continuous training.

Consider the automated teller machine (ATM). Introduced in 1969, it was hailed as a technological marvel, as the height of convenience. From the comfort of your own vehicle, you could pull up to this device, perform a transaction and be on your way. No human interaction necessary.

That, of course, appeared to be a big problem if you happened to be employed as a bank teller at that point in time. Surely, the thinking went, there would be no need for the services of a human being if these wondrous machines were around to do their work for them, right?

Except it didn’t work that way. Not right away, anyway.

Banks soon discovered that while ATMs were doing a sizable part of the human tellers’ jobs for them, there were other ways in which their interpersonal skills could be put to use, in marketing and the like. So, even as ATMs proliferated, tellers not only held onto their jobs; they became greater in number. At one point there were 400,000 ATMs in the United States, and some 550,000 tellers.

That began to change when technology evolved even further -- when it became possible not only to do one’s banking from a computer, but from a smartphone. Suddenly tellers and ATMs were becoming obsolete. Only then did those tellers begin losing their jobs.

The rise and fall of the bank teller is as apt a metaphor as any for the way in which automation has impacted the economy, in the United States and worldwide -- how technology is coming in waves (and with ever-increasing speed). Businesses would do well to adopt an adapt-or-die mentality.

A staple of most examinations of the jobs/machines issue is a 2013 Oxford University study predicting that 47 percent of American jobs would be lost to automation. Three years later, however, McKinsey concluded that only five percent would be automated out of existence. The truth probably lies somewhere in between, because in reality a fraction of a great many occupations will be replaced by a robot, artificial intelligence, etc. -- not the entire job, but a part of it.

Consider, for instance, a CEO who might have been bogged down with report analysis; that can now can be handled by AI, freeing up the executive to coach his team. Consider a reporter who might have spent hours transcribing audio of interviews; he or she is now able to cede that mind-numbing responsibility to a voice-recognition app. Or consider someone working a warehouse for an ecommerce giant like Amazon; a robot can now retrieve items from various shelves, leaving the worker to other duties, like packing boxes.

The point being that while it would be naive to believe that no jobs will be lost to automation, it is also true that meeting the challenges of the ongoing technological evolution -- many have dubbed it the Fourth Industrial Revolution -- involves reinvention, retraining and collaboration.

While it might seem that there is a bot for every occasion, that’s not necessarily true. Deloitte submits that certain occupations require what that organization has labeled “essential human skills” in an “augmented workforce” -- i.e., a workforce where man is aided by machines. Those skills include such things as empathy, communication, persuasion and problem-solving, and are commonly found in fields like healthcare, education and hospitality. Mankind can, at least, cling to those jobs for the time being.

That same Deloitte piece, citing a worldwide survey indicating that 41 percent of businesses were either fully automated or well on their way to doing so (while another 34 percent had instituted pilot programs), further noted that only 20 percent of those companies had to cut jobs. Fully 77 percent expressed a willingness to retrain their employees, or revamp positions.

Bhagwan Chowdhry, professor of finance at the University of California, Los Angeles, told the BBC that businesses might best serve their employees (not to mention themselves) by constantly educating them. He suggested that rather than employees following a traditional 40-hour work week, that they spend 60 percent of their time working and 40 percent of it undergoing training.

There is great merit in this argument, as technology is ever-evolving and thus requires that the rank and file receive constant updates. Doing anything less can lead a company down a path where it finds itself laying off workers who aren’t adequately skilled while also struggling to find workers adequately trained to fill the new higher-level openings that tech often creates.

Turnover cuts into the bottom line. Studies have shown that the median cost of replacing an employee is 21 percent of his or her salary. So retraining the rank and file -- uptraining them, as it has come to be called -- is an attractive option.

Employees are well aware they need such education; 54 percent of the workers responding to a 2016 Pew Research Study said it will be critical for them to get the training necessary to expand their skill sets, and 33 percent said it would be important but not essential. In addition, 35 percent said they didn’t have adequate training to fulfill their tasks at that moment.

Uptraining can bridge the gap. It has most notably been instituted at AT&T, which has invested $1 billion in a reeducation program for its 250,000 employees. According to MSNBC, this years-long initiative is web-based and features collaboration with top universities and a career center that enables employees to unearth available positions and the sort of training that is needed to remain a viable part of the workforce.

Sadly, that is not widespread. The federal government has, since 1974, supplied something called Trade Adjustment Assistance, as outlined by NPR in a January 2017 report. It allows laid-off workers to receive funding for up to two and a half years of retraining, whether at a trade school or community college, or even courtesy of an apprenticeship. The catch is that the funds are allocated only to those who lost jobs because of trade; six of every 10 companies that apply are denied these benefits.

The NPR report suggested that broadening such an act would make a lot of sense in this day and age, but there is no sign that that is going to happen. So it is up to companies like AT&T to go it alone. Because as with bank tellers, jobs are changing, and they’re disappearing. In the face of that, reinvention and retraining are essential. 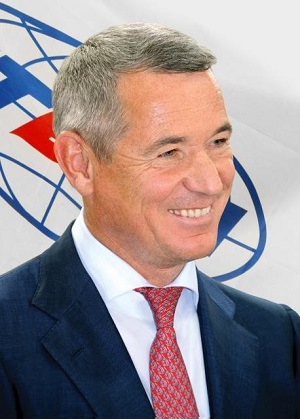 The InformationWeek community brings together IT practitioners and industry experts with IT advice, education, and opinions. We strive to highlight technology executives and subject matter experts and use their knowledge and experiences to help our audience of IT ... View Full Bio
We welcome your comments on this topic on our social media channels, or [contact us directly] with questions about the site.
Comment  |
Email This  |
Print  |
RSS
More Insights
Webcasts
Building Asset Management into Your Enterprise Security Strategy
Cybersecurity Risk Management
More Webcasts
White Papers
Addressing Complexity and Expertise in Application Security Testing
2021 Application Security Statistics Report Vol.1
More White Papers
Reports
2021 Application Security Statistics Report Vol.2
2021 Top Enterprise IT Trends - Network Computing
More Reports