There are four IT career silos that good IT leaders must help knock down.

(The author, Lawrence Garvin, died unexpectedly this month, shortly after filing this column. The column is typical of Lawrence's writing -- opinionated, informed, and filled with concern about the people who make their careers in IT. We offer our condolences to Lawrence's family, friends, and colleagues.)

IT professions are steadily shifting away from what has been considered the natural career progression for the past 20 years. The new path is being shaped by virtualization, cloud computing, and converged infrastructures. For IT professionals who think they're done with career development and can ride the easy train to retirement, this shift will force them instead to step back and venture sideways, into some disciplines they thought they'd left behind when they became tech specialists. For people still early in their careers, this shift will simply create a different career pathway -- away from specialization and more focused on cross-discipline skills.

IT directors and managers need to recognize this shift and take the lead by working now to break down the legacy, siloed approach to IT that has existed for more than two decades. What follows are the four primary silos of IT careers that must be knocked down. Breaking the boundaries between each one and the rest of IT will require a slightly different approach.

Networking is probably the most well-known and certainly one of the most siloed elements of IT. Network administrators have functioned in their own bubbles for quite some time. If it didn't involve a cable or a cable connection, it didn't concern them. But networking is likely to be the most radically affected as more networking technology moves away from hardware sitting in a rack with cables plugged into it and toward software-driven configurations that move data around system busses inside a chassis holding converged hardware.

Network administrators will have to evolve from their own specialized CLI-based configuration languages toward more graphically driven configuration tools. One possible result of this toolset shift will be that junior IT professionals, trained on the newest equipment and tactics, have an easier pathway into the realm of a new network professional. This advantage will make it more competitive for existing network administrators to maintain their positions.

Database administrators are arguably every bit as siloed as networking professionals, but the convergence paradigm hits them less directly, so they'll keep their silos mostly intact. However, just as hardware is converging by moving storage, networking, and compute power into a single chassis, the application space is also converging across the end-user/client, application server, and the database server. 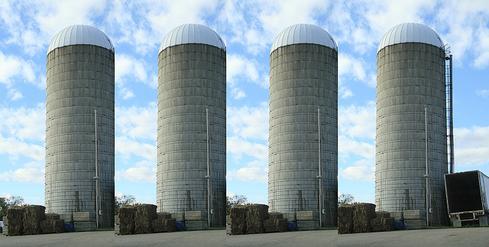 No way to build a career

So even though database professionals will maintain their special skillsets unique to running a database platform, as more emphasis is placed on the performance of the application as a whole, database managers must become more aware of the resources interacting with the database and how the database environment is being used. Database professionals will need to become more network aware, as well as application aware.

Systems administrators will have the easiest road in this evolution since many system administrators are still pursing career development opportunities beyond managing an operating system on a box. The difference will be that instead of developing specialized skills in just networking, databases, or storage, those skills will now become an adjunct skill set and quite likely also include the development of skills in virtualization and cloud management. The challenge for systems administrators, though, will be competition with more senior professionals from both the networking and database arenas for the same jobs.

The storage silo is the most recent to have developed and will almost certainly disappear most quickly. Storage systems were developed in the first place because it wasn't physically possible to put enough disk spindles into a compute chassis to meet the performance needs of the jobs that could run on that compute chassis. So, we built racks and racks of disk spindles, and then sliced and diced them to give portions of storage to each compute box. But disk spindles no longer require lots of power and lots of space, because disk spindles are being replaced with teeny-tiny solid-state storage devices (SSD). Now it's quite possible to put dozens of SSDs into a single chassis.

In short, convergence is to SANs what PCs did to the mainframe in the 1980s. Yes, they'll continue to exist -- some organizations have too much money invested to even consider pulling the plug for another dozen years -- but managers of those storage systems will likely be in a career limiting occupation, rather than a career building one.

It's a Team Effort

Both IT administrators as well as IT directors and managers need to begin thinking about how to break down these silos of specialization and get everybody aware of and trained on the skills needed for all aspects of computing technology. One near-term step toward this, which works within today's siloed implementation, is to build cross-functional management teams consisting of people from each silo -- networking, database, systems, storage -- and start approaching problem-solving as a group effort. In truth, we should have been doing this for the past 20 years, but now we have a fresh excuse to start.

Encouraging professional development of staff members is a must-do for any IT leader hoping to retain quality people. Fail to develop the necessary cross-functional skill sets, and you'll either lag in your implementation of new technologies, or have to replace staff wholesale with others who have those skills. And it'll be a whole lot more expensive to replace a seasoned IT veteran than it is to develop the needed skills today.

@Stratustician agreed. At the same time it will create unity among the team members and it will be knowledge sharing for all.
Reply  |  Post Message  |  Messages List  |  Start a Board

@ yalanand you have a point. But when it comes to an issue we always cant rely on one person saying he is the master for that. Therefore it is better to at least have some basic idea in order to help with queries.
Reply  |  Post Message  |  Messages List  |  Start a Board

Even though we work as separate teams with in the IT team it is always better to know the other areas. It help us to serve the business better.
Reply  |  Post Message  |  Messages List  |  Start a Board

This is interesting. I have good experience with people who had specialization in different areas. After some time they are becoming the masters and they will not like to share their experience with others.
Reply  |  Post Message  |  Messages List  |  Start a Board

@yalanand: If I really find myself in that confusion I would just take the way that is the most efficient, both cost wise and time wise. If there is not viable option then I would request the management to interfere and direct us.
Reply  |  Post Message  |  Messages List  |  Start a Board

@yalanand, that's a tough one to comment on without any detail. "Design" can mean such a wide variety of things. In general, conformity to standard techniques always pays off in future maintenance activities being cheaper/more efficient.

Where it gets tricky is legacy versus new techniques. For example, they have tremendous improvement in the RPG programming language used on the IBM midrange computers since the 1970's. I've seen shops that had some legacy apps written in older RPG that, by it's nature back then, created almost unreadable spaghetti code. As IBM improved the language to where it is today, which can look like very modern C, I've seen programmers who refused to use the improvements and continued to crank out this unmaintainable code.

You see those transitions over time. Client/Server to CGI to Application Servers to HTML5/Javascript/CSS3. Then throw in "free" open source tools, Touch devices, 7" screen devices, it gets exceeding difficult to create a "standard" way of doing things anymore.

I definitely feel your pain. Hopefully you have a good relationship with the person and can have a productive dialog on the pros/cons of your approaches. In an ideal world, your manager would have enough technical grasp to be an arbitrator in a deadlock situation. But a lot of times, they have no clue of the merits of each technical approach, that's when resolving what you are going thru is the most difficult. Good luck and I hope you can work it out!
Reply  |  Post Message  |  Messages List  |  Start a Board

Where I've seen many of the old security guys end up is shifting into the telecom roles if/when the big iron job dries up.  There are still a lot of mainframe jobs out there but not enough to support an entire generation of specialists.  I've also seen a few of them move into a more process oriented role, something about being able to piece together complex security scenarios and deploy complex solutions to those problems equips them quite well to pick apart process issues everywhere else.  The old dogs can learn new tricks they just have to realize that their old tricks have become stale.

Without proper understanding and collaboration between traditional silos, its going to create more friction between teams, blindspots in the planning process when it comes to security, infrastructure and data management, and overall operations of data centres.


Friction has always been there, between conflicting design ideas and deliverance. I think the magnitude of this conflict will be more now since not every employee has the same "oh-you-know-this-so-you-can-do-my-work" mindset.
Reply  |  Post Message  |  Messages List  |  Start a Board

Agreed - more and more I am seeing job across these disciplines expecting programming knowledge also, specifically web based programming.  With everything becoming tied into the cloud it is becoming quite homogenous.


@progman2000: Yes indeed. Although I might say that I don't like people who have an all-round knowledge and no core knowledge (and I don't hire them too) but a person like me is also seeing benefits of having an all round knowledge.
Reply  |  Post Message  |  Messages List  |  Start a Board