What Tech Can Learn about Talent from the Trades - InformationWeek

50%
Tweet
Tech professionals might be surprised to learn that tech and the trades face a similar challenge: an impending talent gap.

The tech industry is wrestling with how to produce the necessary number of skilled workers to satisfy the impending tech job chasm. As the CEO of a major electrical contractor, I know that we in the trades can feel the tech industry’s pain. We have the same challenges.

The Bureau of Labor Statistics (BLS) estimates that between 2014 and 2024 there will be 1.1 million new and vacant computer-related positions. Of the inadequate number of computer science graduates produced in that time, too many of them won’t have the experience required to satisfy the requirements for all of the available jobs. Meanwhile, in the trades, we have our own skills pipeline in desperate need of filling, and the problem is only exacerbated by the massive number of baby boomer trade workers who will retire over the next decade.

While tech employers are seeking out new and innovative ways to attract and retain skilled talent, so are the skilled trades. But I think there are many things -- including tried-and-true methods used in the trades to recruit, train and retain employees -- that we can share with the tech industry to help them meet future hiring needs.

Lessons and benefits from the job site

The skilled trades have long-established ways of courting the next generation of tradespeople to construct the buildings, highways, football stadiums, and infrastructure that America has been built upon.

First, we build from within. Union apprenticeship programs teach new recruits everything they need to know to enjoy a long and successful career in the trades. In tech (from what I’ve heard), formal apprenticeships are few and far between. Tech employers are understandably reticent to invest in green employees, not knowing if they’ll be able to fully grasp the tech skills required to meaningfully contribute. Hiring them based on their resumes and sheer optimism can be an expensive and risky proposition. But, finding employees who already have mastered those skills is difficult. The employment gap continues to widen and competition for experienced tech employees is intense.

In the trades, union apprenticeship programs turn out qualified tradespeople that employers can have confidence in hiring. It’s basically a way to de-risk the hiring process, because apprentices don’t complete the program or become certified until they’re competent in all required skills. By contrast, just because someone completes a boot camp course or a four-year computer science degree, it doesn’t necessarily tell tech employers if those students are ready to apply what they’ve learned in real life. While developers can earn certifications for various software applications, most of this is self-directed and accomplished solo, without the help of mentors who have a vested interest in helping them succeed. 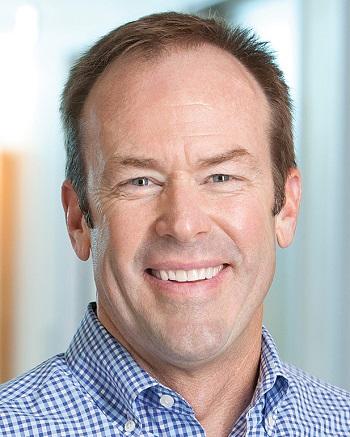 There’s a rich and structured history of mentorship in the trades, where apprentices work with mentors who understand the importance of teaching the next generation of workers. Pairing students with mentors pays dividends to the employer that hires them down the road. Mentorship plays a critical role in the next generation’s ability to produce quality work and to keep jobsites safe. Therefore, mentors have a vested interest in their students’ success, both from a mentorship and self-preservation standpoint.

In the trades, apprenticeship programs also offer hands-on learning. So, in addition to classroom and textbook-based learning, apprentices practice the actual skills they’re studying in real-world situations as they move through their training. After completing an apprenticeship, they can hit the ground running, putting their skills to use on projects.

How do tech companies know how effective potential hires will be at applying the skills they’ve studied in a computer science program or boot camp? Apprenticeships could be the answer.

An apprenticeship system is also flexible enough to move students through at a pace that is right for them. In a union electrical apprenticeship for instance, if someone excels at a task such as bending conduit or circuiting controls systems early on, that apprentice moves on to another task of increasing difficulty. Those who pick up new skills quickly don’t waste time on remedial tasks. On the other hand, if an apprentice needs extra help in one particular area, that person stays with that task until he or she masters the skills.

That means every person walking out of an apprenticeship program has about the same basis of knowledge, which accelerates the orientation process at each new jobsite.

Because trade apprentices are paid for their work throughout their apprenticeships, the trades can be accessible to a broad range of socio-economic backgrounds.

Conversely, tech training, such as coding and web development, may be out of reach for those who can’t afford a four-year computer science degree or a $15,000 tuition payment for a 9-to-12-week boot camp. This is especially true if it means foregoing a paying job while trying to learn marketable skills. Paid internships or apprenticeships with the chance to work on real-world projects that contribute to a company’s success could be key to broadening the pool of potential hires, training employees and vetting high-performing workers.

With all that, we in the trades are facing many of the same challenges as the tech industry. We’re scrambling to fill 520,000 new construction jobs by 2024 (and that estimate from the BLS was made before President Trump suggested another $1 billion-plus in infrastructure spending over the next several years).

Just like the tech industry, we in the trades need to improve our recruitment and retention of women and minorities. There are many stats I could call out, but here’s a particularly disturbing one: Only 2.2 percent of all trades-focused apprentices in 2014 were women. We need to reach out to girls with interest and aptitude in the trades when they’re young and change the perception among the larger public that a career in the trades is men’s work.

[Want to see what else tech leaders can learn from Cupertino Electric's initiatives to recruit a new generation of talent and to diversify its workforce? Check out the infographic that the company developed and hosts on its website.]

We know we could also learn a lot from the tech industry about how to recruit the next generation of tech-savvy workers. Our social media efforts are dismal at best. We need digital marketing help in the worst way, and we could certainly use a creative Facebook ad campaign, or whatever app Gen Y is into. We need to debunk the myths of trades jobs (Think: I became a plumber and all I got was paid training, this house, health insurance, an excellent retirement plan and a boat!).

Perhaps a combination of what we do well in the trades and what the tech industry offers could be the answer to each industry filling that skills gap with qualified workers. So, where is a good place to start? Start with paid apprenticeships supported by experienced mentors that move potential hires through at their own pace, and offer supportive environments that target diverse students with aptitude and interest from a young age. Then, perhaps, that Facebook ad campaign.

The InformationWeek community brings together IT practitioners and industry experts with IT advice, education, and opinions. We strive to highlight technology executives and subject matter experts and use their knowledge and experiences to help our audience of IT ... View Full Bio
We welcome your comments on this topic on our social media channels, or [contact us directly] with questions about the site.
Comment  |
Email This  |
Print  |
RSS
More Insights
Webcasts
The 6 Must-Haves for Practical Cloud Security
5 Steps to Integrate SAST into the DevSecOps Pipeline
More Webcasts
White Papers
Let's Talk: Why Language Matters in Cybersecurity
6 Emerging Cyber Threats That Enterprises Face in 2020
More White Papers
Reports
eSentire Annual Threat Intelligence Report: 2019 Perspectives and 2020 Predictions
2019 Threat Hunting Report
More Reports