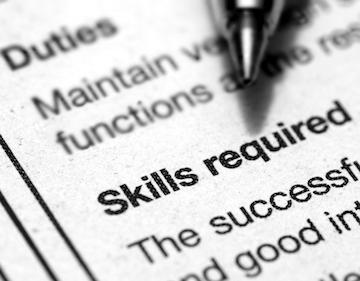 The Unilever brand is associated with things like soap and deodorant. But technology does play a central role in its business operations, and the UK-based company sought to tap into its power to improve hiring. With the goal of diversifying its pool of entry-level candidates, Unilever experimented with replacing its standard approach to recruiting with algorithms and targeted mobile ads.

As described in a recent Wall Street Journal article, Unilever's recruiting in the past had centered primarily around eight college campuses and the usual resume collection. But the company wanted to try a different approach that would reach more people and filter through applications without overwhelming the human resources in place.

The solution was setting up a hiring process based on algorithms. Based on the assumption that the recent graduates are digital natives, Unilever capitalized on the internet as a both a recruitment and assessment tool.

To capture the attention of potential applicants, Unilever posted ads on Facebook and sites for people seeking guidance on careers. The company also made use of LinkedIn, allowing applicants to draw on their profiles there to quickly fill out applications.

That approach yielded close to 300,000 applicants, which was far too many for the people at Unilever to read through. The company's algorithm cut that number in half, scanning for potential matches for the job.

Next, Unilever put applicants through a dozen online games to test for abilities Unilever wants for the job. Then, the process asked the top 30% of applicants to participate in a video interview where they were asked to answer questions about what they would do in particular situations.

AI was then applied to the video responses, checking for response times, as well as verbal ability, and even the visual cues of the candidates. The video interview further culled the applicant pool, eliminating about 80%.

The new process has also helped Unilever expand its hiring base substantially. In the past applicants for jobs in the US and Canada hailed from about 850 schools. The new process pulled applicants from 2,600 different schools. They were not, however, all represented in the actual hires, which amounted to about 200 positions for the US and Canada, according to the figures in the Wall Street Journal report.

Andy McAllister, a Unilever director of supply chain, was impressed with the results, saying that the candidates selected by algorithm were "as strong, or stronger" as those "he had hand-selected the prior year," according to the report.

McAllister considers the approach to hold "tremendous" potential for improving recruiting and, possibility, reducing the effect of bias that can influence hiring. The bias can result from the natural inclination for people to identify with particular candidates and favor those candidates. The algorithm eliminates that, though it can't guarantee a bias-free experience.

While Unilever's algorithm-driven approach is innovative, it is not altogether unique in our digital world. The Wall Street Journal reports that other organizations including Goldman Sachs Group and Walmart Stores' Jet.com are using similar digital tools in recruitment.

Businesses are making these moves based on research into the advantages of taking a more data-driven approach to hiring. Plenty has been written about the approach. In October 2016, Harvard Business Review published How to Hire with Algorithms. It referenced a an article from the American Economic Review published in May 2016 called Productivity and Selection of Human Capital with Machine Learning that demonstrated the gains of the machine learning approach to hiring based on studies of hiring police officers and teachers.

Now with Unilever's experience, there is additional data on the efficiencies of hiring for the corporate context. It makes sense from the business perspective to increase the number of applicants and then filter them down to interview only the most qualified.

In the past, businesses often paid external recruiters between 20% and 30% of a yearly salary for just that service. But with the advance of algorithms, that kind of job will remain as relevant as buggy-whip manufacturer in the age of automobiles.

We welcome your comments on this topic on our social media channels, or [contact us directly] with questions about the site.
Comment  |
Email This  |
Print  |
RSS
More Insights
Webcasts
Strategies for Success with Digital Transformation
Building the SOC of the Future: Next-Generation Security Operations
More Webcasts
White Papers
The 2020 Duo Security Trusted Access Report
Managing OTT Content Distribution in the Connected World
More White Papers
Reports
Special Report: Edge Computing: An IT Platform for the New Enterprise
2020 State of DevOps Report
More Reports