Over 60 researchers, including ones from IBM and Rensselaer Polytechnic, are turning Lake George into a sea of sensors.

When you think of the Internet of Things, you probably don't think of lakes. But IBM, Rensselaer Polytechnic Institute, and the Fund for Lake George are using IoT technology to make New York's Lake George a "smart lake." They are combining sensors and computer models to get a clearer picture of what is happening inside the Lake George ecosystem than we've ever had of any large body of water.

The Jefferson Project, named after Thomas Jefferson, who was a fan of the lake, is described as a "physics-to-fish" attempt at maintaining the health of the lake. It is threatened by multiple human-caused issues, including salt run-off from nearby roads, invasive species, and algae. Over 60 scientists from multiple disciplines will create models of the lake and its impending threats in an attempt to counteract them and manage the lake's condition.

The teams have placed sensors throughout the lake, including ones on the lake's 200-foot deep floor, floating on the surface, and even in the streams that feed the lake. Some of the sensors are "smart," and change their sensing patterns based on the weather in order to make the best measurements. The data is combined with four models from IBM -- a weather model, a water runoff model, a salt model, and a water circulation model -- plus a food-web model from Rensselaer. Comprehensive data is pooled for scientists to study and respond to. Here is a video:

Lake health isn't an issue only for the upstate New Yorkers that live near Lake George. Freshwater lakes throughout the world are encountering many of the same issues. Lakes all over the world are threatened by salt runoff from de-icing, by invasive species, and by algae growth from the fertilizer and nutrients dumped in the lake. Lake George remains relatively clean and pristine, so the models created to prevent or reverse its problems could be applied all over the world.

[With the IoT sputtering in consumer tech, science might be where it thrives. Read Internet of Things: What's Holding Us Back.]

"The world's important bodies of fresh water such as Lake George are precious to people, essential to life, and drive the economy, but they're under siege from a growing list of threats," said Harry Kolar, IBM Distinguished Engineer and associate director of the Jefferson Project, in a press release. "The key to protecting this precious natural resource lies in the data, and the stage is now set to discover a deluge of insights about the delicate ecology of the lake and the factors that threaten it. The results of our efforts will help drive new ways to protect bodies of fresh water around the world." 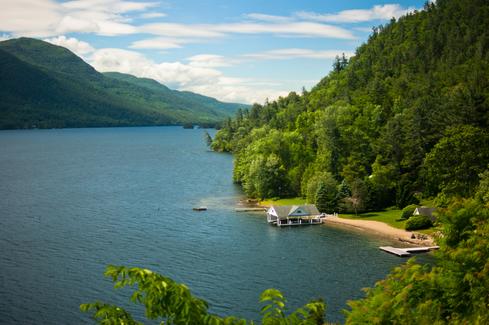 In fact, they've already learned a great deal about the lake, including that there is an underwater "ghost wave." They have also been able to map changing currents when the lake is frozen. As they add sensors and models they expect to predict the way changes in the environment will change the lake.

The project shows the potential of the IoT beyond consumer projects and looks at how it can be applied to science and the needs of society. The data lake from the world's smartest lake is going to produce a bounty.

David has been writing on business and technology for over 10 years and was most recently Managing Editor at Enterpriseefficiency.com. Before that he was an Assistant Editor at MIT Sloan Management Review, where he covered a wide range of business topics including IT, ... View Full Bio
We welcome your comments on this topic on our social media channels, or [contact us directly] with questions about the site.
Comment  |
Email This  |
Print  |
RSS
More Insights
Webcasts
Bolstering Your Enterprise Cyber Risk Assessment
4 Practical Tips for Building a Data Lake
More Webcasts
White Papers
Why Energy Management is Critical to 5G Success
Cloud Security Blueprint: Architectures and Solutions
More White Papers
Reports
Gartner's Top 9 Security Trends in 2020
Cloud Misconfiguration Mayhem
More Reports

@yalanand- Ha! I think Lake George is named after St. George, And St. George is known for slaying dragons. so maybe there is no monster in Lake George. :)

Then again, it is possible it is named after George Washington or King George or someone and then maybe you'll be right. :)
Reply  |  Post Message  |  Messages List  |  Start a Board
InformationWeek Is Getting an Upgrade!