A cloud data warehouse company came in first as the fastest growing application in a new report of the most popular business applications from Okta.

Enterprises are juggling multiple mandates these days, but an inside view into what they are actually doing can provide perspective into how you are measuring up to your peers and your competitors.

For instance, what are you doing with your data these days? More organizations are looking to the cloud, according to a new report that looks at the applications that businesses use most. It comes from identity and access management company Okta as part of its 6th annual Businesses @ Work report, pulled from its own data from more than 7,400 customers and the Okta Integration Network. 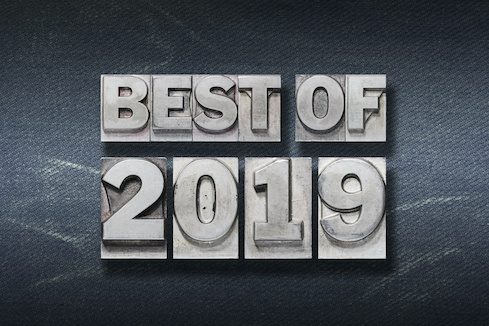 The fastest growing tool on this year's list is data warehousing provider Snowflake with 273% growth year over year. Snowflake was also named as a Leader in the Gartner Magic Quadrant for Data Management Solutions for Analytics in January 2019 for the first time. The company was also named a Leader in the Cloud Data Warehouse Forrester Wave report in October 2018. Maybe that's because Snowflake fulfills one of the big requirements for data management companies in 2019 -- a focus on public cloud providers.

Snowflake offers a fully managed data warehouse as a service on AWS and Microsoft Azure infrastructure and is expected to add Google Cloud in early 2020. The company has been growing fast. During its most recent financial year from February 1, 2018 to January 31, 2019, it tripled its revenue and also tripled its employee count to nearly 1,000.

"The rapid rise of Snowflake, along with the acquisitions of Looker and Tableau, highlights the growing popularity and importance of data applications in the enterprise," said Ming Wu, VP of data and analytics at Okta. "AI and machine learning have helped drive this growth, but we’re also seeing trends in data cataloging, sharing, democratization and compliance."

Wu said that the case of Snowflake in particular and the rise of the cloud data warehouse is driving a big shift around all things data.

"Traditionally, data infrastructure has been treated as exactly that -- infrastructure. Tightly controlled, behind firewalls or VPNs, where getting to data has been constrained by a number of technical roadblocks," he said. "With the rise of the cloud data warehouse, accessing data is now easier than ever."

Snowflake wasn't the only data company to rank high in Okta's report. Among the other Fastest Growing companies, analytics and machine data company Splunk made its debut on the list at No. 4, and Looker, the data discovery tool platform acquired by Google Cloud last year, hit No. 6. Data and analytics in the cloud are certainly growing in importance, at least among Okta customers.

This year's Okta report also revealed other trends among organizations. For instance, while cloud is important, multi-cloud seems to be one of those things that everyone is talking about, but few people are actually doing.

However, only 5% of Okta's customers are choosing to integrate more than one IaaS provider with Okta. Still, that represents a small increase from last year when just 4% of customers integrated more than one.

Okta also pulled out a few other notable data points from this year's report.

As for the list of the top apps by number of customers, it is much what you would probably expect. Here are the top 5:

[Navigating the ever-changing data center industry is no easy feat. Data Center World is where you and your team can source and explore solutions, technologies and concepts you need to plan, manage and optimize your data center.  Join the IT industry at Data Center World, March 16-19, in San Antonio, TX.
Using the code IW100 will grant you $100 off a conference pass. Learn More Here.]

Jessica Davis is a Senior Editor at InformationWeek. She covers enterprise IT leadership, careers, artificial intelligence, data and analytics, and enterprise software. She has spent a career covering the intersection of business and technology. Follow her on twitter: ... View Full Bio
We welcome your comments on this topic on our social media channels, or [contact us directly] with questions about the site.
Comment  |
Email This  |
Print  |
RSS
More Insights
Webcasts
How the Rapid Shift to Remote Work Impacted IT Complexity and Post-Pandemic Security Priorities
SASE: The Right Framework for Today's Distributed Enterprises
More Webcasts
White Papers
2020 SANS Enterprise Cloud Incident Response Survey
The Top 5 Mistakes Everyone is Making in Vulnerability Remediation
More White Papers
Reports
2021 Application Security Statistics Report Vol.1
The State of DevSecOps Report
More Reports