IBM has reportedly begun a wave of layoffs that are initially targeting the Global Technology Services and Global Business Services groups. Here's what we know so far.

IBM has begun a wave of layoffs which some reports say could hit up to a third of its US workforce. The cuts began Wednesday, March 2, according to Lee Conrad, a former IBM employee who runs Watching IBM, a Facebook page that tracks IBM workforce cuts.

Conrad, who used to run the now defunct [email protected] union organizing effort. told InformationWeek in an interview that rumors of a big layoff targeting IBM's Global Technology Services group started about a month ago

On March 2, he said he began getting hundreds of emails and hundreds of Facebook messages from employees that the layoff had begun. He said the messages conveyed that cuts were hitting GTS and the Global Business Services group, with some additional reports of cuts from the software group and the cloud business. The reports of cuts are coming from workers in the US, France, and the UK. Conrad said he expects to hear more about international layoffs next week, including some from Australia. 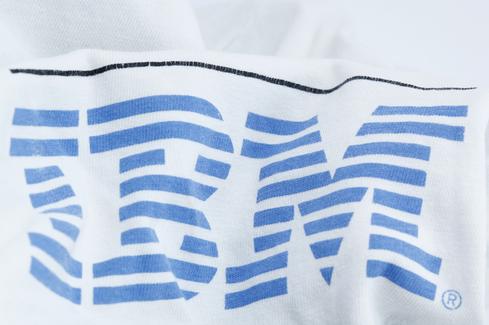 One area that seems to be immune to cuts so far is IBM's Watson cognitive computing business, which IBM has protected as the golden egg that represents the future of the business.

IBM has not provided any revenue or profit numbers for the Watson business unit. Analyst firm Bernstein estimates IBM's Watson business generates less than $200 million in revenue per year. IBM has estimated the total potential market opportunity to be about $2 trillion.

While rumors and reports say the number of layoffs in this wave from IBM will be big, skeptics say it's unlikely that IBM will ever provide an actual tally. InformationWeek reached out to the company to ask for confirmation that a layoff was underway, and an IBM spokesperson responded with the following statement: "IBM is aggressively transforming its business to lead in a new era of cognitive and cloud computing. This includes remixing skills to meet client requirements."

The company also said that it hired more than 70,000 professionals in 2015 in many of these key areas and currently has more than 25,000 open positions. It's unclear where those positions are based geographically. IBM refers to these changes as a "workforce rebalancing."

Conrad said it's unlikely that those laid off by IBM will be able to win many of these 25,000 open positions. "In the past, people have tried to get these jobs," Conrad told InformationWeek. "But they are in India, they are in China, they are in Brazil."

This wave of job cuts for US workers has a new twist, Conrad said.  Employees are being given 90 days' notice of their separation. According to Conrad, after that point they receive only 30 days of severance pay, regardless of how long they've been with the company or whether their termination was regarded as a layoff or a firing.

According to Conrad, some employees who have been with the company only five years have been given notice.

IBM ended fiscal 2015 with 377,757 employees, according to the company's 10-K report filed with the US Securities and Exchange Commission, down from 379,592 in 2014. So those 70,000 new hires from 2015 replaced employees who were cut or left the company for other reasons, including voluntary departures.

And, while IBM does not provide a geographic breakdown of employees, according to Conrad at least part of the workforce reduction effort has meant shifting jobs offshore from the US to less costly employment markets.

IBM executives have indicated that effort will continue in the months and years to come. For example, IBM senior vice president and CFO Martin Schroeter told financial analysts during the company's fourth quarter earnings call in January that shifts can be expected. "We will continue to move our work to where global delivery centers can best do it," he said during the January call. "… We do have an opportunity to continue to expand our [profit] margins as we globalize some of that work."

Financial analyst firm Bernstein said in a February report that IBM has taken nearly $7 billion in workforce reduction charges since 2006, translating into an estimated gross headcount reduction of 90,000 to 100,000 jobs.

Still, IBM's revenues have declined for the last four years, and the company's earnings per share guidance for fiscal 2016 of "at least $13.50" fell short of analyst consensus estimates of $15.02, according to Bernstein.