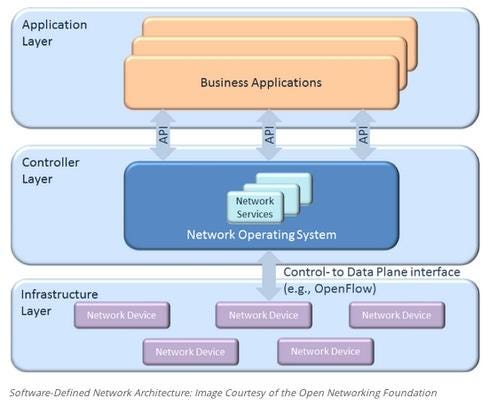 The top three suppliers of private cloud software are not Eucalyptus Systems, which provides an Amazon-compatible software package, nor even the Ubuntu and Red Hat distributions of OpenStack, two of the most popular ways of starting an OpenStack implementation.

On the contrary, the leading commercial software packages for private clouds come from HP, Cisco Systems, and Microsoft, according to analyst Lauren Nelson at Forrester Research.

On the heels of widespread news about the growth of public cloud services, half of enterprises will set a priority of building internal private clouds in 2014. Of those that do, 30% will choose commercial cloud software. "Today, the most common approach is through the purchase of commercial software to layer atop existing infrastructure resources," wrote Nelson in a report released Monday, "The Forrester Wave: Private Cloud Solutions, Q4 2013."

Nelson used 61 criteria to evaluate the most popular private cloud software offerings before concluding that many provided basic services, but none were mature. Essential requirements included: a self-service portal, role-based access, infrastructure provisioning capabilities, management capabilities, monitoring, API-based services, and resource tracking. Forrester included only features in the suites as of April 1, 2013, and none added after that date.

[Want to learn more about one of the private cloud options? See OpenStack Havana Has Amazon-Like Aura.]

HP's user interface "is clean and navigable [and] wraps substantial breadth and depth of capabilities," Nelson reported. Unlike other vendors, HP seemed to add functionality into a single user interface, rather than multiplying interfaces, and did so without making navigating the cloud less intuitive.

Cisco has one of the leading strategy scores, Nelson continued, but didn't quite make it into the No. 1 position.

Microsoft is close behind Cisco "with strong current offerings and strategy scores. The breadth and depth of functionality from HP, Cisco, and Microsoft exceeded that of the other members of the top 10. All three prioritized the end-user experience," Nelson wrote. In addition, both Cisco and Microsoft offer low-price points of entry to their cloud suites, which helps satisfy a range of cloud budgets.

IBM, VMware, and BMC have marshaled existing product lines into a more cloud-like infrastructure. Nelson dubbed them the middle of the pack. "Less emphasis has been placed on cleanly tying all this functionality together. Customers that already use products from these vendors often benefit from discounting and tighter integration between existing products," she wrote. But those not already well stocked with existing products will find "costs can quickly escalate."

The bottom four, Eucalyptus Systems, Citrix Systems, CA Technologies, and ASG Software Solutions, have each tended to "narrow its private cloud approach to focus on a particular strength and enterprise requirement rather than trying to deliver on breadth," wrote Nelson. They have intentionally left it to the customer to use additional third-party products, lowering total costs, but putting integration in customers' hands.

The HP offering is a suite of eight products that include the HP CloudSystem Enterprise Suite. It's bundled with HP Cloud Service Automation, HP Server Automation, HP Operations Orchestration, and HP Database and Middleware Automation. It's one of the first OpenStack-based private cloud suites. HP CloudSystem Enterprise provides a range of functions, such as directory federation and application and service-level monitoring.