Google has picked a member of its board of directors, Diane Greene, to lead a "combined cloud" team in competing for enterprise business.

Diane Greene, VMware founder and former CEO, has been tapped from the Google Board of Directors to serve as the head of its cloud unit, CEO Sundar Pichai announced on Thursday, November 19.

"We're excited that Diane Greene will lead a new team combining all our cloud businesses, including Google for Work, Cloud Platform and Google Apps," Pichai wrote in a blog. The Google combined cloud business will include its own engineering, marketing, and sales. Google hopes to get a more integrated effort out of it than it's seen so far.

Google was just ranked as a possible also-ran when it came to capturing the enterprise's move into the cloud. Earlier this week, Forrester Research issued a report, "Predictions 2016: The Cloud Accelerates," which concluded that Amazon Web Services, Microsoft Azure, and IBM SoftLayer/Bluemix were all showing rapid enterprise growth.

That was followed by this observation on Google: "Despite excellent technology and scale, Google will only begin to develop momentum in large-enterprise business in 2016."

Pichai went out of his way to counter the notion that Google isn't doing business with the largest companies. 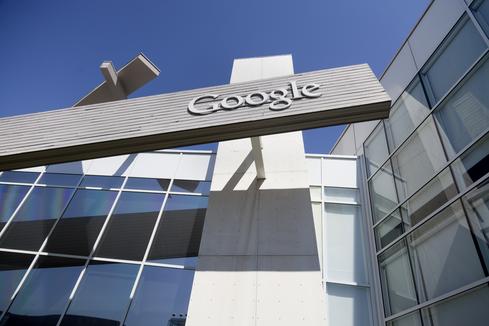 "From Gmail to Docs to Chromebooks and Google Cloud Platform, we are now helping millions of businesses transform and support their businesses with our Cloud products. In fact, more than 60% of the Fortune 500 are actively using a paid Google for Work product," Pichai wrote in his blog post.

Google for Work is a set of online applications, such as Gmail, Docs, Slides, Hangouts, Sites, Sheets, Forms, and Vault.

However, the core business that Forrester was talking about constituted enterprises moving their workloads into the cloud and starting to implement hybrid cloud computing with a cloud supplier partner. The Google Cloud Platform, with App Engine and Compute Engine, has long had an excellent record in hosting startups, but the topic of the day has become enterprise cloud computing.

Despite Google's for Work's success, it was time for a reorganization of Google's cloud business and a recognized name at the top.

Greene will bring a fresh perspective to Google's combined cloud businesses. She and husband, Mendel Rosenblum, built VMware from a small startup into a virtualization powerhouse, acquired by EMC in 2004. Four years later, EMC replaced Greene as CEO with Paul Maritz, an EMC executive with 12 years of experience inside Microsoft, as the threat of competition with Microsoft's Hyper-V loomed. Her husband, who functioned as VMware's chief scientist, left the company a few months later.

Greene, when contacted afterward, maintained her silence on the move and went quietly about becoming an investor in other startups. She joined the Google board of directors in early 2012, taking the tenth seat on the board previously occupied by Arthur Levinson. She also sits on the board of Intuit.

It might seem like a natural fit, choosing an experienced entrepreneur off the board. But in fact, Greene is coming from a part of the technology industry quite different from Google's consumer roots. VMware grew into a $4 billion virtualization company through its understanding of enterprise computing and the value of consolidating servers in the data center, many of which were wastefully serving a single application.

Time and time again, VMware executed a strategy of applying ever deeper levels of virtualization products at a pace that seemed to match the enterprise's ability to absorb them. It announced product direction, then executed on the plan on schedule, something that the Google cloud businesses have been loath to do. Google App Engine remained in its "preview" stage from April 2008 through September 2011 before becoming a commercially supported product.

That pace left a wide opening for another company, Amazon, that also had excellent cloud technology and a desire to connect with enterprises on the new playing field.

The selection of Greene signifies a recognition that enterprise cloud computing is different from consumer search and Google Docs. It will take integration with the enterprise data center and ease of use by IT operations managers to turn around Google's position in the market, but Greene just might be the right person to accomplish that.

Diane Greene's title will be senior vice president for Google's enterprise businesses, according to the New York Times. She will remain a member of the board of directors.
Reply  |  Post Message  |  Messages List  |  Start a Board
InformationWeek Is Getting an Upgrade!