Not even VMware invaded the data center as quickly as open source container supplier Docker has in its first three years. In an interview with InformationWeek, CEO Ben Golub offers his vision for the future.

It's been three years since Docker emerged from DotCloud, a struggling service provider in Paris, and took shape as an open source project and enterprise data center phenomenon.

That open source project was launched on March 13, 2013, and neither Solomon Hykes, the project's lead, nor Ben Golub, CEO of the San Francisco firm, have spent much time looking back. Golub had previously been CEO at Gluster and Plaxo -- acquired by Red Hat and Comcast, respectively.

Golub's office is located in Docker's headquarters, which is hidden behind three orange corrugated metal garage doors in the South of Market district of San Francisco.

"It used to be easier to remember everybody's name," Golub noted in a recent interview with InformationWeek. The company has expanded from its original handful of employees to 240 today. In the meantime, containers have penetrated deep into the interior of the enterprise data center, and Docker continues to ride that wave forward.

When Docker becomes available on Windows Server later this year, "the number of applications that customers use in Docker will double," predicted Golub, as a he took a break from other duties to reflect on Docker's third birthday.

From 2013 to the start of 2015 there had been 100 million downloads of the Docker open source code engine or applications in a Docker container from (what is now) the Docker Hub. By the end of January 2016, that number had risen to 2 billion, and, as of March 14, it was 2.4 billion.

Docker is on a path similar to VMware's, in that it produces a more effective way to run and manage applications in the data center and the uptake ramps up quickly. If anything, Docker's trajectory is steeper.

"Goldman Sachs will move 90% of their applications into containers over the next year," Golub noted, citing Goldman Sachs' statements.

"From our own surveys, we see 60% of customers have put Docker into production, and 25% have the majority of their applications running in Docker," he said. 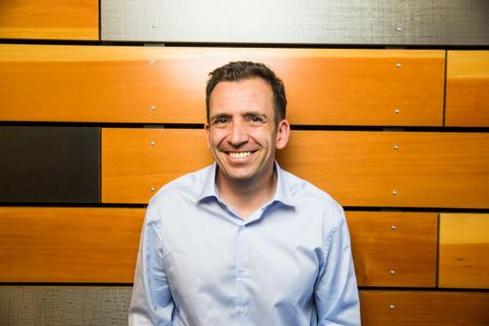 The addition of Windows applications will greatly expand Docker's domain and put it in a position where it can become a management platform for a large share of activity in the data center. VMware currently provides management for both virtual machines and containers through its vSphere and vCenter product lines.

Asked who will become the primary supplier of container management, Golub answered unabashedly: "We obviously want to become that company." Then he paused. "Anytime when you create open source code, you allow others to manage that product as well. But any management system that locks you into a particular infrastructure is not going to succeed in the long run," he maintained.

That's a comment that might come out of the Cloud Native Computing Foundation (CNCF). But if it did, it would be aimed at Docker itself.

CNCF is taking charge of the Google-founded Kubernetes project, and it's finding that open source orchestration system is benchmarked in comparison with Docker.

Docker ties its Swarm container orchestration into its Docker Machine, Compose, and Registry software, building out a multi-tool platform -- one that will tie customers more firmly to the Docker universe, according to some critics, including CoreOS CEO Alex Polvi, whose company has many backers that want to see an alternative to Docker remain in play.

Nevertheless, Golub thinks Docker's opportunity is to create a broad platform that provides for complete life cycle management from initial development, through production operations, and eventually to container termination. On Feb. 23, it announced Docker Datacenter to do just that.

Likewise it acquired Tutum in October to help with "last mile" deployment of containers into production. The workflow process supervises the placing of containers in the enterprise data center or in one of three public clouds, and allows their code to be updated frequently.

In addition to platform-based management and upcoming Windows containers, Docker will try to distinguish itself in unikernel-style containers.

It acquired Unikernel Systems in January, a packaging system that strips away all modules and device drivers from a Linux operating system that are not needed by a specific application, then packages the OS with the application in a container. The idea of unikernels was criticized as Docker announced the purchase, for instance in the "Unikernels Are Unfit for Production" blog post by Bryan Cantrill, CTO at Joyent.

Containers will mature in other ways. They are already taking on more characteristics that ensure operational security. Docker introduced hardware signing of container images that are delivered for an enterprise application from verified publishers. Docker's Nautilus Project conducts background scanning of Docker images on the Docker Hub in an effort to safeguard against malware infiltration. Both are intended to maintain the integrity of applications once they're containerized.

"We've gone from startup open source project to being used by the largest IT people on the planet," noted Golub, mentioning Goldman Sachs, ADP, the US General Services Administration, and the Department of Defense.

It's up to Docker to continue making it easier and safer to use containers, he continued.

"There was some unfounded fear" of the level of isolation provided by the container approach at the beginning, Golub acknowledged. Docker is trying to get containers to the place where that fear will go away and a new era of dense computing, with thousands of containers on a server at a time, emerges for the benefit of users everywhere.

Charles Babcock is an editor-at-large for InformationWeek and author of Management Strategies for the Cloud Revolution, a McGraw-Hill book. He is the former editor-in-chief of Digital News, former software editor of Computerworld and former technology editor of Interactive ... View Full Bio
We welcome your comments on this topic on our social media channels, or [contact us directly] with questions about the site.
Comment  |
Email This  |
Print  |
RSS
More Insights
Webcasts
Building Asset Management into Your Enterprise Security Strategy
Managing a Hybrid Cloud Infrastructure
More Webcasts
White Papers
From MFA to Zero Trust
Simplify Your Application Security
More White Papers
Reports
Intelligent Outcomes Are Key to Business Resilience
2021 Top Enterprise IT Trends - Network Computing
More Reports