Microsoft Azure scored a big win by landing Boeing as a customer. Here's what it means for IT professionals.

Boeing's planned move to Microsoft's Azure cloud is ostensibly about data about aircraft maintenance, fuel use, and other airline operations. The move, announced July 18, also indicates the growing importance of Microsoft's cloud systems business in its overall product portfolio.

While Microsoft is best known for its consumer businesses -- such as its Windows desktop, Office suite, and Xbox Live -- the company is also an important IT systems business, with Windows Server and System Center at the core.

The recent addition of Boeing as an Azure Cloud customer demonstrates how Microsoft's success as a cloud systems vendor ties directly into the health of its consumer products. Here's why. For Boeing, the shift to Azure from the likes of Amazon Web Services or CenturyLink is not only about the efficiency with which its airplanes are operated. It's also, ultimately, about the quality of the in-flight experience for passengers.

A modern jetliner is yet another host system on the internet, capable of delivering a set of business and recreation applications. The Boeing 787 Dreamliner, for example, is now in use, providing nonstop 15-hour flights from Los Angeles to Melbourne, and 16-hour flights from San Francisco to Singapore's Changi Airport.

Business travelers are already using flight time to do work. It stands to reason interest in using Word, Outlook, PowerPoint, and Office 365 will only increase as airlines add ever-lengthier direct flights.

The next step is for Boeing, its subsidiaries like AerData and Jeppesen, and the airlines themselves to set up systems linking operational data collection to cloud-based storage and analytics. It would be a logical extension for an airline using Boeing aircraft and feeding its cloud data collection systems to add inside-the-cabin applications to keep passengers engaged and entertained on long-haul flights. 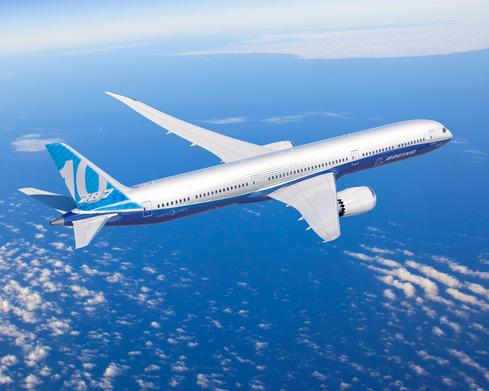 Ultimately, Azure will become the staging ground for the distribution of new and existing consumer applications to the airlines, linked through familiar Windows conventions and user interfaces.

What Does This Mean for IT Professionals?

Microsoft typically occupies a significant portion of the enterprise data center, alongside Linux. Getting the Microsoft customer, on the other hand, to buy more Windows desktops and Windows applications has been a challenge, and appears to be stalling. This quarter's report on Microsoft finances indicates the company's Windows Server business is healthy. Its server-based business in the Azure cloud emerged as the one bright spot in the quarter.

Microsoft has a full workbench of development tools, languages, and mobile device interfaces already on Azure for producing cloud-native applications. Microsoft customer relationship management, sales, and ERP in the form of Dynamics 365 are all coming to Azure this fall. Those applications will be linked to an app store with compatible applications.

Microsoft also offers an Internet of Things Suite on Azure that can capture device data, process it, store it, and make it available to machine-learning analytical systems.

Once Boeing and other companies settle on the Microsoft cloud, they'll likely put these tools to work. Having a large and demanding customer like Boeing opt for Azure as its cloud of choice provides a powerful example to IT managers in other industry segments looking to enhance their customer experiences.

If an airplane can serve as a node on the internet, so can a car, a tractor, or a train. These "nodes" can then host all sorts of applications for, say, a healthcare company, a financial services firm, or an online university. The Boeing deal shows us Azure is coming of age and moving into position to exploit the embedded strengths of Microsoft.

Charles Babcock is an editor-at-large for InformationWeek and author of Management Strategies for the Cloud Revolution, a McGraw-Hill book. He is the former editor-in-chief of Digital News, former software editor of Computerworld and former technology editor of Interactive ... View Full Bio
We welcome your comments on this topic on our social media channels, or [contact us directly] with questions about the site.
Comment  |
Email This  |
Print  |
RSS
More Insights
Webcasts
Bolstering Your Enterprise Cyber Risk Assessment
Disaster Recovery/Business Continuity in the New Normal
More Webcasts
White Papers
4 Key Elements of an ML-Powered NGFW: How Machine Learning is Disrupting Security
Three Secrets to Stopping Ransomware Cold
More White Papers
Reports
The State of Malware Threats
Enabling Enterprise Resiliency Through Cyberthreat Detection
More Reports