As enterprises put more data in the cloud, the race is on among traditional vendors to ramp their offerings to compete against the giants like AWS. At Oracle OpenWorld this week, cloud expansion and capabilities made up a big part of the database company's message, delivered in keynotes from founder, chairman, and CTO Larry Ellison and other executives over the course of the event.

For instance, Ellison announced the launch of four new cloud regions across four continents in an expansion of its cloud offerings. Plus, he said that the "autonomous" features of the self-configuring Oracle cloud would prevent the kind of data breaches enabled by Capital One's misconfiguration in AWS.

But while it's a giant in the database market, Oracle is still a relatively small player in the general cloud market. 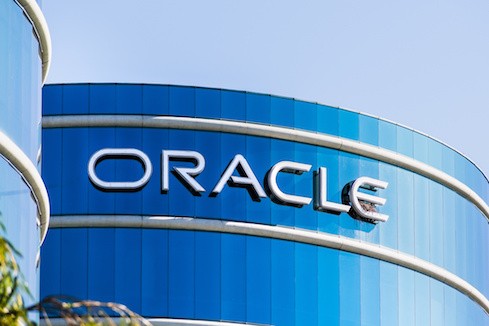 Amazon's AWS remains the undisputed market leader in the cloud and Microsoft Azure is No. 2. Despite its efforts to expand into the cloud space over the past several years, Oracle still doesn't even crack the top five of global cloud providers, according to Gartner's evaluation of the cloud market in July 2019. Could that be about to change?

In his keynote address, Ellison exhibited his usual bravado talking about customer wins and Oracle's competitive stance in the market, as well as its cloud expansion. While its market scale is small in comparison to AWS and Microsoft Azure, Oracle may be starting to gain some momentum. Gartner VP for cloud technology Sid Nag saw some indicators of that at this week's event.

How can Oracle keep that momentum for cloud going?

"Oracle needs to tighten their cloud messaging and build a story with more of a connected tissue approach across its cloud capabilities," Nag told InformationWeek. "This will help them get inroads not only into their existing client base but also net new clients."

During this week's event Oracle made several other announcements around its cloud offerings. They include the following:

Ellison pitched the autonomous nature of the Oracle product set as a key element in helping to reduce the kind of human error that causes big data breaches. Specifically, he pointed to the misconfiguration in the recent Capital One data breach, noting it was caused by human error.

"When you use the Oracle Autonomous Database it configures itself," Ellison said in his keynote. "It's not possible for customers to make configuration errors."

He took that promise one step further, saying that Oracle's automatic configuration would put Oracle in the hot seat, not the customer, when it came to responsibility for configuration errors.

"In the AWS cloud, if you make an error and it leads to catastrophic data loss, it's on you," he said. "In Oracle, the system automatically does all that. Human beings aren't involved. There cannot be any human error. Oracle Autonomous Database is responsible for preventing data loss. Not you. Us. Or more precisely, our automated systems."

Gartner's Nag noted that customers running their own workloads in Oracle Cloud Infrastructure may still be at risk. The jury is still out on how such a promise by Oracle can be implemented in the multi-vendor environment that is enabled by infrastructure-as-a-service implementations.

Still, Oracle is promoting its autonomous cloud features as the next generation of cloud, and one that sets it apart from the giants it is trying to beat.

"To prevent data theft, put your data in an autonomous system," Ellison said. "No human labor, no human error, no data loss. That's a big difference between us and AWS."

For more on Oracle's cloud strategy, read these articles:

Where Does Oracle Fit in the New Cloud Era?

Oracle Will Put Its Cloud On Your Premises

Jessica Davis is a Senior Editor at InformationWeek. She covers enterprise IT leadership, careers, artificial intelligence, data and analytics, and enterprise software. She has spent a career covering the intersection of business and technology. Follow her on twitter: ... View Full Bio
We welcome your comments on this topic on our social media channels, or [contact us directly] with questions about the site.
Comment  |
Email This  |
Print  |
RSS
More Insights
Webcasts
Making XDR Work in Your Enterprise - May 12
How the Rapid Shift to Remote Work Impacted IT Complexity and Post-Pandemic Security Priorities
More Webcasts
White Papers
Are We Cyber-Resilient? The Key Question Every Organization Must Answer
A Decade of Passive DNS
More White Papers
Reports
2021 Application Security Statistics Report Vol.1
Gartner Market Guide for Insider Risk Management Solutions
More Reports