Research and agriculture technology provider turned to automation software to make its data and resources more digestible for a move to the cloud. 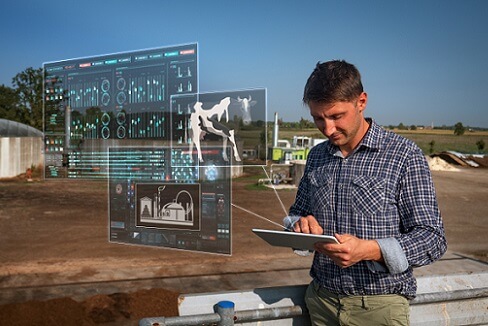 Faced with the ever-escalating need to help farms make more efficient use of land, Syngenta leveraged automation software from CompilerWorks to expedite its migration to the cloud.

Bruno Freitag, senior data architect for data science and an integration and data business architect with Syngenta, says his company recognizes the importance and potential of digital and precision agriculture, where smart digital processes are put to work on farms. “Precision agriculture, applying the right thing in the right place, is key for sustainability,” he says.

Syngenta is a global provider of agricultural science and tech for crop protection, biofuel production, seeds, and other related purposes. Freitag says food security is all about how much food can be produced from a certain amount of land. That can require a difficult balancing act between land usage and preserving forests and other natural features. “The only chance we have is growing more food in a sustainable way,” he says. Syngenta puts about 10% of its revenue into research, Freitag says, because of the critical nature of its work. “In order to maintain sustained food security,” he says, “technology in agriculture is key.”

Looking to boost its own efficiency, Freitag says Syngenta looked to CompilerWorks, which automates data management and cloud migration. The complexity of moving data and other resources to the cloud were complicated by the fact that Syngenta was formed through several mergers and acquisitions. Syngenta wanted an integrated view of its processes, Freitag says, from R&D to training farmers. With its multitude of systems running, it became clear that tearing down silos could improve the organization’s view of its trials, R&D, and field observations.

Drawing on the data iceberg analogy, Freitag says he focuses his data engineering efforts below the proverbial waterline where 80% of data tends to be hidden from view. He wanted to find a reproducible way to integrate data and enable data scientists to focus on the top 20% of the data iceberg. That meant establishing apps that could deal with combined data drawn from legacy resources. CompilerWorks was the option Syngenta went with, but it still took some effort to advance on such plans. “If you want to transition a large established organization from the old way of extracting data from sources into a more industrialized approach, there is some inertia,” Freitag says.

Part of the issue is convincing data scientists they can trust data presented from a newer source than the systems they have relied upon. “It just takes one bad or missing record and they will put the whole thing aside and go back to the old ways,” Freitag says.

The landscape of assimilated data, processed through CompilerWorks, is a way to let Sygenta’s data scientists focus on the business meaning of the data in a trusted, agnostic way, he says, and integrate it without having to dig too deeply into the source systems.

“In order to have trust, [data scientists] usually need to see the lineage of where the data comes from,” Freitag says. CompilerWorks offers the desired transparency into such condensed information, which he says is presented in a simple, understandable way. Freitag also says the holistic approach of CompilerWorks gave Syngenta a clearer perspective on broader implications of its data.

Now that Syngenta has gotten a taste of the automated services CompilerWorks provides, Freitag says his company is exploring how else they might make use of such resources. At first Syngenta sought traction, trust, and transparency into where the data was coming from, he says. This has evolved into being able to present actionable data for such consumption purposes as visualizations, data science, or machine learning. “That’s what set CompilerWorks apart from other options,” Freitag says.

Weighing Doubts of Transformation in the Face of the Future

Joao-Pierre S. Ruth has spent his career immersed in business and technology journalism first covering local industries in New Jersey, later as the New York editor for Xconomy delving into the city's tech startup community, and then as a freelancer for such outlets as ... View Full Bio
We welcome your comments on this topic on our social media channels, or [contact us directly] with questions about the site.
Comment  |
Email This  |
Print  |
RSS
More Insights
Webcasts
Bolstering Your Enterprise Cyber Risk Assessment
Monitoring Critical Cloud Workloads
More Webcasts
White Papers
The State of Zero Trust Security Strategies
The State of Zero-trust Security Strategies
More White Papers
Reports
The State of Cybersecurity Incident Response
The State of Endpoint Security
More Reports