The Mac Emperor Has No Clothes

Yeah, I'm a Windows guy, but I've worked with Macs on and off a long time, probably longer than you. I keep hearing vague reassurances that the Mac is so awesomely amazing and I'll fall for it, but I'm just not feeling the love. It couldn't really be that the Mac is overhyped and overpriced, could it?
Larry Seltzer
Contributor
October 27, 2011
The MacBook keyboard is backlit, which is cool. The way they make the backlighting visible is to put gigantic gaps between the keys. It is not a comfortable keyboard. And once again, Apple's originality is really based on someone else's design: 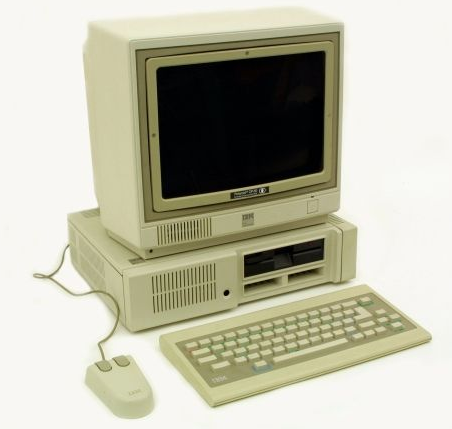 What's a good computer? I'm still in love with the ThinkPad x201 I bought early this year. It's the small one because I wanted it small and light, but it's hardly underpowered. An Intel Core i5-560M , 8GB RAM, 500GB disk, 64-bit Windows 7 Ultimate, and their special power brick that has a USB hub in it. I also bought the more expensive WiFi option with more antennas, and the "3Yr Priority Onsite + 3Yr ThinkPad Protection" warranty. That means if I drop it, my kid throws it down the stairs, or I pour coffee into it, they fix it. I've had this warranty before. It's worth it. It all cost a hair under $1800 including tax and shipping.

The MacBook I have starts at $1799, but I'll compare it to the 13 inch MacBook Pro. (My ThinkPad has a 12.1" display. It's the best comparison I can find.) With comparable processors, 8GB RAM and Apple's 3 year AppleCare Protection Plan, we're talking $2,084 including tax (shipping is included). That's almost $400. [Correction: stupid math error. It's actually almost $300. ] Now the Mac has a slightly larger screen, a larger hard disk and some other differences, but these aren't the big picture and I don't know what Apple was offering in early January when I bought my notebook. My ThinkPad also has an Ethernet port and more USB ports than Apple offers now. I just think I got a better computer for a lot less money.

Have I mentioned that I hate the Mac keyboard? Now these people make great keyboards: 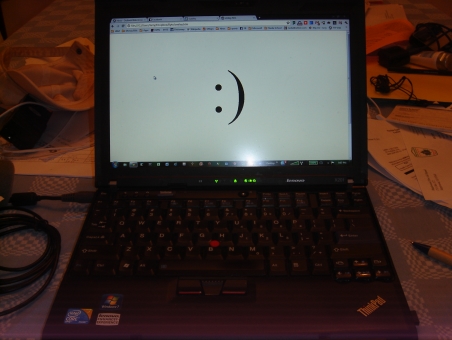 Some friends continue to insist to me that it may take some time, but I'll just "get it" at some point. Who can say? I like to think I'm willing to change my mind and even admit when I'm wrong, but I don't see it happening. I think I know Windows pretty well and I haven't seen anything important about OS X that it does better. But I'm not going to quit for the reasons I asked for a Mac: I ought to have one and be familiar with them for this job. And I can do lots of my work on PCs when I want.

Go tell me I'm wrong. Tell me exactly why the Mac is better. Personally, I think the emperor has no clothes.