An advanced cloud architecture allows developers to spin instances up and down as needed and provides the bandwidth necessary to experiment and test an application or software update before pushing live.

According to a report by LogicMonitor, 58% of respondents to their survey said DevOps was somewhat/significantly driving public cloud engagement in their company, only ranking below digital transformation (63%) and IT agility (62%).

It makes sense that DevOps would be a large driver for cloud engagement. Many companies run software and applications hosted in the cloud, which serves as the main portal where they engage with their customers, whether they are internal or external.

And as it turns out, the degree to which you implement all of the elements of a sophisticated architecture can have a big impact on your software delivery and operations cycle.

New research from DORA -- its State of DevOps 2018 report -- finds that respondents whose companies met all essential cloud characteristics – defined by NIST as on-demand self-service, broad network access, resource pooling, rapid elasticity, and measured service – were 23 times more likely to be in the elite group of software delivery and operational (SDO) performance. 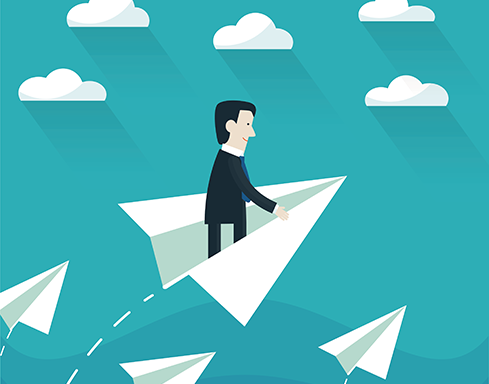 “To compete successfully in the digital economy, businesses are embracing company goals such as speed to market (getting out there before competitors) agility (quickly responding to changing market conditions or customer tastes) innovation (disrupting markets, creating new products to attract less-loyal and less-patient customers) [and] always-on business (allowing customers, employees, and partners to engage with the business anytime, from anywhere),” says Stadtmueller.

“For software developers, engineers, architects, even ops and infrastructure teams, the fast-paced environment enabled by cloud is more fun and interesting than traditional software development processes and environments. There is less grunt work, less reworking the same code over and over, and more time to be creative and solve business problems. That's what motivates application developers. It's not just cloud that supports this more energizing and satisfying environment; other technologies addressed in the survey - including PaaS, Infrastructure as Code (serverless), cloud-native apps (with universal APIs and microservices), and Open Source (the ultimate in flexibility) – also contribute," she said.

It isn’t just about having the right cloud, but the right talent to manage it.

“I think there's a bit of a cycle here. Companies that embrace cloud characteristics are able to both attract and develop elite performers,” she added.

Mandy Hubbard, software engineer and QA architect for CS Disco was a bit shocked by how small the pool of respondents (22%) were that say they’re utilizing all five cloud characteristics.

“It has such an impact of productivity yet less than half are actually doing it,” says Hubbard who spoke at last year’s Interop ITX conference on the topic of DevOps, cloud, and continuous delivery.

While Hubbard recognizes the correlation between a sophisticated cloud environment and high performing software delivery, she notes an important distinction between those businesses that look good on paper and those that actually have a high performing IT team.

“All of those promises we have been given if we move to microservices are all completely dependent on having a continuous integration and delivery pipeline,” says Hubbard. “It doesn’t really matter if you’ve broken down your huge [application] into multiple tiny services if you don’t have an automatic way to build, test, and deploy those services.”

Hubbard adds that we have to change the culture of putting gatekeepers in front of infrastructure. 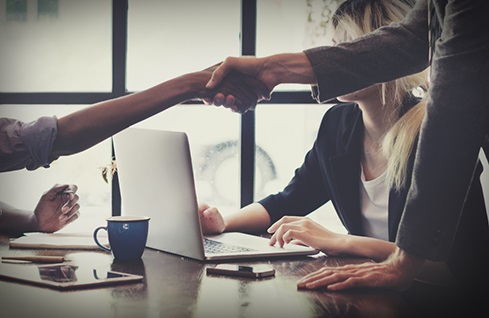 Hubbard describes a culture of trust, where managers and executives have faith that their developers and operators will securely and successfully utilize the tools and infrastructure they’ve been given.

The DORA report also highlights the importance that autonomy plays in developing a successful DevOps team and culture, saying: “We found that when leaders give their teams autonomy in their work it leads to feelings of trust and voice…Trust and voice, in turn, positively affect organizational culture.” The report also notes a Google study that found “psychological safety” or as the DORA report says, “feeling safe taking risks around your team,” was the most important factor in predicting high performing teams.

So yes, having the right tools and cloud architecture are key and very important, but allowing your team the freedom and access to those tools through trust is really how companies reach an elite status.

To learn more about the correlation between cloud architecture usage and leadership tactics on DevOps success, check out the full DORA report here.

For more on DevOps and the cloud check out this related article:

Should You Migrate Your DevOps Architecture to the Cloud?

Emily Johnson is the digital content editor for InformationWeek. Prior to this role, Emily worked within UBM America's technology group as an associate editor on their content marketing team. Emily started her career at UBM in 2011 and spent four and a half years in content ... View Full Bio
We welcome your comments on this topic on our social media channels, or [contact us directly] with questions about the site.
Comment  |
Email This  |
Print  |
RSS
More Insights
Webcasts
Fintech at SaaS speed: Navigating the scale & security challenge
4 Practical Tips for Building a Data Lake
More Webcasts
White Papers
4 Key Elements of an ML-Powered NGFW: How Machine Learning is Disrupting Security
Best Practices Guide to Containers/ Kubernetes Security
More White Papers
Reports
A Practical Guide to Enabling 5G Deployments
The Infoblox Q4 2020 Cyberthreat Intelligence Report
More Reports