Google FI Wireless Service: By Invitation Only, For Now - InformationWeek

Early access is available to those with a Nexus 6 smartphone who sign up to request an invitation, have a Gmail address, and live in a US zip code within the wireless coverage area.

Google entered the mobile carrier business on Wednesday with a service called Project Fi that provides access to the wireless networks of Sprint and T-Mobile. Through Project Fi, Google becomes what's known as a mobile virtual network operator (MVNO).

The service is tied directly into Google's other offerings, including Gmail and the Google Hangouts app, which may limit its usefulness for enterprise mobility. The model and price point could be attractive for mobilizing some enterprise users whose work may not involve accessing sensitive corporate data, and could be appealing to small- and medium-sized businesses.

Project Fi provides 4G LTE cellular and WiFi connectivity for customers with Nexus 6 phones, available in 32GB ($649) and 64GB ($699) configurations. Pricing starts at $30, which includes $20 for basic service (unlimited domestic talk, unlimited domestic and international texting, tethering, and access in more than 120 countries) and $10 per GB of data. 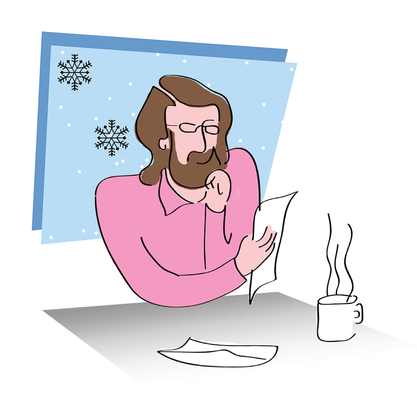 Google is starting out slowly, with Project Fi's Early Access Program. Would-be users must sign-up to request an invitation, must have a Gmail address, and must live in a US zip code within the coverage area. The Early Access Program will only support Nexus 6 smartphones because the Nexus 6's cellular radio, unlike the radios in many smartphones, supports all the 4G LTE networks in the US and many 4G LTE networks elsewhere.

Google has taken a novel approach to billing. Data is paid for in advance, and the cost of unused data gets refunded rather than rolled over or lost. In a blog post, Nick Fox, VP of communications products at Google, explained that if a customer buys a 3GB plan for $30 and only uses 1.4GB, the customer will receive a $16 credit on his or her next bill.

[ Will you have a new job this year? Read IT Hiring Outlook Is Upbeat, Study Finds. ]

Project Fi includes network technology designed to hand off connections seamlessly between cellular and WiFi networks. For customers, this translates to greater network coverage than either Sprint or T-Mobile provides separately.

Customers can port existing numbers to Project Fi, and Google treats that number as a cloud-based identifier, rather than a number tied to a specific device. Incoming calls will ring on any device with Google's Hangouts app, provided the user is signed in. Outgoing calls can be made via Hangouts on Android, iOS, and through Gmail on desktop computers via the Hangouts widget. Texts can be received in the same way.

Thomas Claburn has been writing about business and technology since 1996, for publications such as New Architect, PC Computing, InformationWeek, Salon, Wired, and Ziff Davis Smart Business. Before that, he worked in film and television, having earned a not particularly useful ... View Full Bio
We welcome your comments on this topic on our social media channels, or [contact us directly] with questions about the site.
Comment  |
Email This  |
Print  |
RSS
More Insights
Webcasts
Fintech at SaaS speed: Navigating the scale & security challenge
4 Practical Tips for Building a Data Lake
More Webcasts
White Papers
Why You're Wrong About Operationalizing AI
Guide to Enabling 5G Deployments
More White Papers
Reports
Planning Your Digital Transformation Roadmap
The State of Endpoint Security
More Reports

>Is this a data only plan with the calling going through something like Google Hangouts?

No, it's voice and data.