The National Security Agency has the capability to capture and retain the phone conversations of an entire nation's people, according to newly disclosed documents supplied by former NSA contractor Edward Snowden, as reported Wednesday by The Washington Post.

The MYSTIC surveillance program can record and store 100% of the voice conversations within a targeted nation on a rolling 30-day basis, giving analysts a virtual time machine to investigate foreign intelligence clues.

The system uses a tool in operation since 2011, called RETRO, which can intercept and maintain recordings of billions of phone conversations, according to documents reported by the Post. The documents include an emblem of the MYSTIC program, which depicts a cartoon wizard with a telephone-headed staff.

Operating the RETRO system and giving analysts the ability to replay selected voice conversations would require a substantial amount of storage and processing. One storage expert who spoke with InformationWeek but asked not to be identified estimated that the call volume of a country with 180 million people (the size of Pakistan, which wasn't identified as a country targeted by the program) would require 12 petabytes of storage per month. 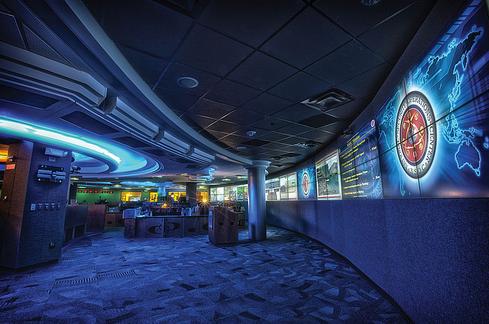 Revelations of the bulk acquisition of phone conversations aren't entirely new. Details of the program were initially described in a secret intelligence budget, reported in October by the Post. The document identified the MYSTIC program, saying it provides "comprehensive metadata access and content," but it remains unclear from the documents whether the NSA is currently recording calls on a mass scale. The Post report published Wednesday honored the request of US officials to withhold details that could be used to identify the countries or the extent to which the system is in use.

The ability to collect and store billions of voice conversations, not just metadata, taking place in foreign nations stands in contrast to recent statements by NSA officials and the White House. When the Snowden leaks revealed last June that the NSA was collecting the phone records of Americans, NSA Director Gen. Keith Alexander insisted that the spy agency collects only call record data, not the content of US phone conversations.

However, if the NSA, under the MYSTIC program, identifies a call of interest between a US citizen and someone in a foreign country targeted by the program, it would be possible to retrieve the conversation from the RETRO database. The program also appears inconsistent with President Obama's pledge, in a Jan. 17 speech, that the US isn't spying on ordinary people who don't threaten national security.

James A. Lewis, director of the Strategic Technologies Program at the Center for Strategic and International Studies, told InformationWeek there's nothing particularly new in this latest revelation. "NSA collects billions of messages but reads only a few thousand" as part of its mandate to protect the nation against foreign threats. "It's better to think of NSA as creating a searchable database of communications." He also said the agency's activities are consistent with the president's pledge to maintain the nation's intelligence-gathering capabilities even as it considers further steps to safeguard the privacy of citizens.

An independent task force, at the president's request, issued a 300-page assessment in December on US intelligence practices, in particular the bulk collection of communications records of US citizens. The panel determined that the NSA's surveillance activities aren't illegal, but it recommended that Congress place more limits on the government's ability to collect information on US citizens. President Obama hasn't moved on those recommendations.

The MYSTIC program is authorized under Presidential Executive Order 12333, which grants authority to intelligence agencies for operations outside the US.

Christopher Soghoian, the principal technologist for the American Civil Liberties Union, told the Post that history suggests that "over the next couple of years [the NSA] will expand to more countries, retain data longer, and expand the secondary uses." When contacted by the Post, spokesmen for the NSA and the office of National Intelligence Director James R. Clapper Jr. declined to confirm or deny whether the surveillance program is being expanded, or to discuss the criteria for any change.

Interop Las Vegas, March 31 to April 4, brings together thousands of technology professionals to discover the most current and cutting-edge technology innovations and strategies to drive their organizations' success, including BYOD security, the latest cloud and virtualization technologies, SDN, the Internet of Things, and more. Attend educational sessions in eight tracks and visit an Expo Floor more than 350 top vendors. Register with Discount Code MPIWK for $200 off Total Access and Conference Passes. Find out more about Interop and register now.

Wyatt Kash is a former Editor of InformationWeek Government, and currently VP for Content Strategy at ScoopMedia. He has covered government IT and technology trends since 2004, as Editor-in-Chief of Government Computer News and Defense Systems (owned by The Washington Post ... View Full Bio
We welcome your comments on this topic on our social media channels, or [contact us directly] with questions about the site.
Comment  |
Email This  |
Print  |
RSS
More Insights
Webcasts
Fact or Fiction? The Truth About Cloud Native Security
Leveraging Infrastructure as Code to Streamline Security & Operations
More Webcasts
White Papers
Case Study: What Elite Threat Hunters See That Others Miss
Business Continuity Program Best Practices Checklist
More White Papers
Reports
State of the Intelligent Information Management Industry in 2021
Protection Strategies for a Cyber-Resilient Organization
More Reports

@WKash: I think the problematic aspect of this for many people has more to do with the fact that this is a government entity spying on citizens and residents without a good showing of probable cause.

(If this strictly had to do with spying on foreign powers/persons/entities, I doubt we'd see so much hullaballoo over this.)

Because of this, this is absolutely not the same thing as "Facebook violates user privacy!" or the like.  People have Constitutional rights to protect them from government -- not from corporate entities with whom they have a contractual relationship that allows said entities to gather and share personal data.

That said, however, this has certainly raised awareness among many about the importance of privacy when dealing with various companies -- because those companies may share (willingly or, in the case of NSA spying, unwillingly) their data with government.
Reply  |  Post Message  |  Messages List  |  Start a Board

I think what's going on in the hunt for Malaysian Airlines Flight MH370 -- and the search through vast collections of satellite images -- is a fairer way to look at what the NSA does.  Here you have a commercial satellite company, DigitalGlobe, peering down on Earth from a constellation of satellites 681 km up in space, that records 3 million square kilometers of images every day!  Now suddenly, there's a reason to look through presumably many millions of images to locate a clue.  Some would say this is good idea.

But why is this any less outrageous -- or somehow more acceptable -- than what the NSA is doing, trying to prevent another 9/11?  There's good reason to be concerned with government overreach. But some of the righteous indignation about what the NSA is trying to do, and actually is doing, seems a bit of an overreach too.  If people are going to object to NSA's capabilities and activities, then let's add a variety of commercial operators to the list!

windk, thanks for noting the book and the background.  Appreciate you commenting on this and related stories.

On top of learning which countries's calls NSA is allegedly vacuuming up, it would also be interesting to learn how NSA manages to extract useful cluses, sifting through foreign slang and codewords in all of the calls it chooses to replay.

Windk, thanks for commenting. Did your research lead you to discover any other great NOCs that might be worth sharing?

Just think: We could use the NSA database to identify and prosecute all the rogue marketers who violate FTC robocall rules. Omnipresent surveillance for the win!

On a more serious note, I can't wait until we find out which country had all its calls hoovered by the NSA. That's sure to be fun for the State Department.
Reply  |  Post Message  |  Messages List  |  Start a Board

We found this image from a 2012 photo distributed by NSA: http://en.wikipedia.org/wiki/File:NSOC-2012.jpg

It's intriguing to compare it to an actual 1985 photos also distributed by NSA, which hardly looks like a video parlor. Check it out at: