Are you an MLB.TV subscriber? In past years they have always asked you to renew. Not anymore. Check your credit card.
Larry Seltzer
Contributor
February 22, 2013

Are you an MLB.TV subscriber? In past years they have always asked you to renew. Not anymore. Check your credit card. MLB just charged it for a one year subscription to MLB.TV Premium.

In years past I have always let the decision to resubscribe rattle around in my head. Every year they raise the price and every year I resubscribe because I'm a Phillies fan in the New York market, and MLB.TV lets me watch all the Phillies games and with the Phillies announcers too. I probably would have resubscribed this year too, but I'd like to have been asked. 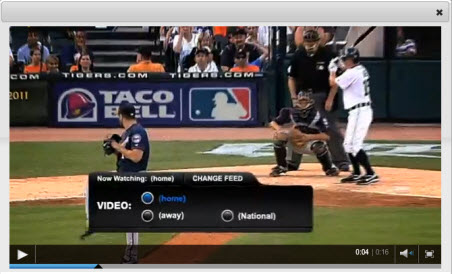 Today MLB.com pushed out version 6.0.0 of their iOS app At Bat. Around the same time, if you were a previous subscriber and had a still-valid credit card on-file, MLB.com charged it $124.99. A colleague told me that his had been charged in this way. I checked mine and the charge was there:

I checked with one more friend who subscribes and he was also charged. I think I detected a pattern.

Now is the time to make that angry phone call or to tell your credit card company to decline the charge.