SEARCH
A minimum of 3 characters are required to be typed in the search bar in order to perform a search.
Announcements
Report
Find out what you need to know so that you can plan your next career steps and maximize your salary.
Event
Explore strategies, new technologies, and best practices to provide a secure infrastructure - Learn more at Interop!
PreviousNext
Government
Commentary

IT will become more active in mobile development and management as the number of mobile device users doubles in the next five years, says PricewaterhouseCoopers.
Michael Fitzgerald
Contributor
June 18, 2013

Samsung Galaxy S 4: 11 Clever Tricks
(click image for slideshow)
Mobile is everywhere, right? Just wait. In five years that will double, when another 1.7 billion people will access the Internet for the first time using a mobile device.

Along with them will come IT, in a figurative sense. IT has sat on the sidelines as companies have gone mobile, but that's changing now, says a PricewaterhouseCoopers executive. "IT has been locked down," Daniel Eckert, director and CTO of PwC's emerging technologies group, told me during a conversation about recent PwC data on mobile IT.

Eckert says IT has been constrained by post-recessionary jitters in a world where IT too often remains a cost center. Companies instead tapped budgets from other units to work with organizations like PwC. He said over the last 24 months, about 80% of mobile projects at PwC bypassed the CIO entirely, or keep the CIO on the sidelines.

Now, he's seeing a transition back to IT. That reflects technology projects that need to be maintained, upgraded and secured, skills that lie in IT, not the business side. He says it's time for companies to bring mobile project development and management back to IT.

[ Is your company covering all the mobile possibilities? Read 3 Mobile Trends SMBs Might Be Missing. ]

There's a huge amount of potential growth to be managed. That 1.7 billion people I mentioned? That will be part of an overall jump of 2 billion people gaining access to the Internet, a number cited by Microsoft. (Others think 3 billion people will gain access by 2020.) 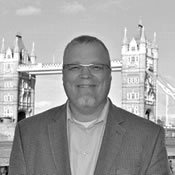 Those numbers mean the Internet's population will at least double. Almost all of the Netizens, 90%, will be in developing countries.

These new users will suddenly "have the knowledge of all humanity in their pocket," Eckert said. Eckert's an idealist, obviously. New Internet users are going to learn about Angry Birds, Twitter and SEO.

Their astonishment will be great.

Sarcasm aside, it will be astonishing to see even another billion people gain Internet access on mobile platforms. At the very least, companies will have to deal with a much larger-scale problem in managing data for all these potential new customers. CIOs need to get ready. Among the things they'll need to get ready for are different types of handsets. Eckert said this vast new crop of Internet users will use smartphones that cost $30 to $40, exponentially cheaper than today's smart phones, thanks to things like low-cost, low-power e-paper screens.

People will use these new smartphones to do more than surf and text and call: their phones might be biometric devices that read glucose levels and monitor heart rates and other vital signs. Such usage will revamp healthcare practices around the world.

Such expectation provides a reason why healthcare companies are among those PwC says are investing more in mobile technology in 2013 than in 2012. Others are retailers, consumer packaged-goods firms, transportation and logistics companies, and entertainment and media firms. Laggards include the auto industry, utilities and financial services, where regulatory issues make it expensive to create mobile access.

Mobile makes employees more productive, and improves corporate innovation, the survey found. Almost 70% of what PwC labels top performers will invest more money in mobile in 2013 than in 2012. For other respondents, 55% will increase their mobile investments.

The growth in spending is global. The Americas will see the biggest group investing in mobile, as 61% of companies said they would invest more in mobile, followed by 57% of companies in Asia-Pacific, with Europe trailing at 48%. Those numbers reflect in part that Europe reports the highest percentage of companies that say they have everything they need for mobile at 21%, and the Americas the lowest at 16%, (Asia-Pacific comes in at 20%.)

PwC says companies must invest in mobile or risk falling behind their competitors in both operations and profits. Along the way they need to manage costs. Companies think of the largely undisciplined, business-driven push into BYOD as one way to save money on mobile. In fact, it is at best a break-even proposition for companies, said Eckert.

Instead, companies need to recognize that the reason BYOD matters is because it gives employees more control over their lives, increasing both their happiness and their productivity.

CIOs have plenty to get their arms around for mobile. For all the buzz about mobile growth, there remains plenty of untouched potential. For instance, PwC found that at best, a third of companies globally say they are using mobile platforms to interact with customers for customer service, for education and for sales. In some regions, less than a quarter do.

So take heart, CIO, if you've felt sidelined in the last few years as the business side did the cutting-edge work in mobile applications. Your time is here. Just be prepared to face an incredibly large, diverse set of customers.