The Office for iPad Myth Lives On

Microsoft Office for iPad makes perfect sense — if you think Surface and Windows 8 are losers and even Microsoft doesn't believe in them. It's way too early to give up on Microsoft's new operating system which works with tablets as well as conventional computers, and the mythical billions it could make with an Office for iPad would lose them far more by undercutting Windows.
Larry Seltzer
Contributor
February 18, 2013

It's been seen more often than Bigfoot and the Loch Ness Monster of late. For about a year there have been reports that the release of Office for iPad was "imminent." And yet here we are, with no app, just rumors.

Perhaps 150 million iPads have been sold, but I doubt that many are in circulation still, and no doubt many, especially of older generations, are in the hands of children who do nothing but watch videos and play games with them. Perhaps 30 to 40 percent of Macs have Office on them — I really wonder about this number — but the idea that the same percentage of iPad users would want a fat client business productivity suite designed for mouse and keyboard seems like sloppy thinking to me. And finally, perhaps Microsoft would be willing to let Apple get 30% of the proceeds from their Office sales, but... no, scratch that. They wouldn't let that happen, no way, no how. 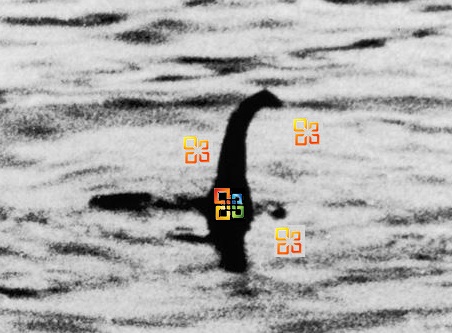 The kind of thinking that leads to the conclusion that Microsoft would make a real Office for iPad is the kind of thinking that assumes that Surface and Windows 8 generally are losers and even Microsoft doesn't believe in them. This idea is, at the very least, premature. Microsoft is not about to spend all the money and prestige they have put into Windows 8 and Surface and then undermine it with a product that makes iPad much more attractive.

This doesn't mean that Microsoft wouldn't make something for iPad users to access Office — Office 365 that is. A client access app for the web-based Office service makes perfect sense, especially in as much as Microsoft could distribute it for free. And Microsoft has made software like this in the past: our review of Microsoft Office Web Apps For iPad gives some clues to what Microsoft is and is not willing to do on the iPad.

But even this may not be in their interest. Why make things even that much better for Apple?

Holt wasn't necessarily saying that Microsoft was going to make an Office for iPad (although that's what others have said). He was just saying that they would make a lot of money by doing so. There's another side to this argument. First, putting aside the fact that the $2.5 billion is an exaggeration, the chance remains for Microsoft to make even more money and exert more control over a Windows 8-based tablet market.

A better Office for Windows 8 than for its competitor platforms would be a good thing for Windows 8, and Windows 8 is a better platform for Office than iOS or Android. It's possible to make a kind of Office for a tablet like the iPad, but it would be much less of a product than the *real* Office, which is a content creation suite and requires user interface devices — i.e. the keyboard and mouse — not included on an iPad. Unlike other tablet operating systems, Windows 8 directly supports keyboards and pointing devices. These are not old-fashioned devices headed for obsolescence; they are still the main tools for content creation everywhere. Tablets without keyboards and mice are just not as good at mainstream content creation.

So don't be surprised when whatever Microsoft releases for iPad is little more than a client access app for Office 365 or something like it. Anything else would be dumb.