50%
Tweet
Munson Medical Center IT department's implementation of a single sign-on system did more than increase efficiency for the hospital's healthcare workers -- it changed IT's approach to solving problems.

Single sign-on wasn't the highest item on Munson Medical Center IT department's to-do list. Clinicians, however, were fed up with the long time it took them to log on to computers and access applications -- and these excruciatingly complex processes were having an impact on the healthcare staff's work and on patients' satisfaction.

Over the years, IT had considered various alternative approaches to its multi-faceted but very secure log-on approach, said Dale Atkins, technical architect at the Traverse City, Mich.-based hospital, in an interview. But the technologists had never found anything that met its requirements. That turned out to be the problem.

[Do EHRs bog down processes and worsen patient care? Here's one doctor's perspective: How Meaningful Is Meaningful Use?]

Typically, it took each user three to five minutes to log onto a PC. Accessing the hospital's Cerner electronic medical record took another minute or two. Every time mobile physicians and nurses moved on to another patient or PC, they'd repeat the entire four- to seven-minute process, many times per day.

Clamoring for change, clinical staff described to the medical director and IT options they'd discovered at conferences, in publications, and from peers, he says. Determined to resolve single sign-on for employees, the IT group invited a diverse array of hospitalists, physicians, nurses, lab managers, and other key users to a two-day discussion of workflows, challenges, and wish-list items.

As IT managers watched hospital staff at work, they came to a harsh realization: "We found out the clinical staff in particular were finding ways to do their jobs in spite of the technology we were providing to them. We thought we were doing them a favor, [but] in reality, it was getting in the way of them doing their job," he says. "We thought we had the right solutions for them years ago. We realized we really didn't."

With this knowledge firmly in mind, Munson's IT team investigated multiple single sign-on solutions and tested a couple in proof-of-concept within the department. 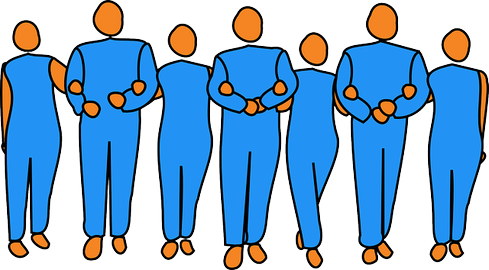 "Once we came across Imprivata and found it would integrate with our existing Citrix environment and our Citrix XenApp, we knew Imprivata had the hooks we needed," says Atkins. "With Imprivata's help, the consultant's help, [and] the IT staff working together, we were able to meet what our end-users really did need: a desktop that follows them around."

Having already installed Imprivata One Sign at four hospitals, Munson expects to roll it out to three more -- including two recently acquired facilities -- by the end of June. At that time, the system will support about 4,000 users of 14 user-identified applications.

Most users are happy with the faster, simpler system, according to Atkins. "One of our physicians [calculated] 50 to 60 different logins each day and the amount of time it would take before. We could get it down to 35-45 seconds for initial logins and 5- to 10-second reconnects, and our physicians alone are well into soft savings of in excess of $1 million a year," he says. "That's time those physicians have to spend with more patients."

An early IT survey of nurses found that most are satisfied with Imprivata, he added, and the department plans a follow-up poll to a broader base of users. With the new software, nurses who previously camped on one computer to avoid cumbersome multiple log-on processes can now use in-room or hallway PCs to log information more efficiently.

Munson's IT team is using the lessons it learned from the single sign-on implementation to change its approach to technology. "We weren't ignoring our users -- we just weren't listening to them describing what they really needed," he says. "It's up to us to understand the workflow process. We didn't spend the time to understand the workflow process when we designed new technology for them."

Technologists plan to measure the return on its single sign-on investment, considering such factors as additional surgeries doctors can perform, improvements in patient satisfaction, and extra time nurses and other staff can spend with patients. Improvements in how IT and end-users partner on implementations, while invaluable, may be harder to measure.

Alison Diana is an experienced technology, business and broadband editor and reporter. She has covered topics from artificial intelligence and smart homes to satellites and fiber optic cable, diversity and bullying in the workplace to measuring ROI and customer experience. An ... View Full Bio
We welcome your comments on this topic on our social media channels, or [contact us directly] with questions about the site.
Comment  |
Email This  |
Print  |
RSS
More Insights
Webcasts
Business Continuity with Contact Tracing
Don't Miss This Crash Course on Cyber Attackers
More Webcasts
White Papers
DevOps for the Database
SD-WAN or MPLS: Is it Time to Replace Your MPLS?
More White Papers
Reports
2020 State of Cybersecurity Operations and Incident Response
Online Threats -- and What Your Org Can Do About Them
More Reports

Those are fantastic suggestions, @CMMI, and i believe it's something Munson plans to do (and hopefully they'll chime in and tell us!). Dale mentioned IT is going to do more surveys of users and I think that includes discovering how they're using that extra time. When I spoke to another Imprivata client at a trade show a few months ago, the IT pro told me one pediatriac ENT surgeon figured out he could do one extra surgery per week with his time savings. That's more money for the hospital and doctor -- and one extra child per week who's out of pain or in a better health position.

You are spot-on in the importance of following up on these initiatives. When you take the time to do that, it can really open up eyes. Not only do you get buy-in for the next big project, but it really emphasizes how much a part of the overall team that IT is; shows how much everyone is working together toward making the healthcare organization better.
Reply  |  Post Message  |  Messages List  |  Start a Board

I love hearing about the specific time saved per clinician with single-sign-on.  It would be really interesting to track the change across many clinicians, not just to see the time saved, but also to track other major activities to see where the found time goes.  Is it direct patient care? Paperwork? More communication across the care team?  Learning how these folk use the found time may identify another opportunity for process improvement (and better care).
Reply  |  Post Message  |  Messages List  |  Start a Board

It was delightful to hear the openness with which Dale discussed how the IT department changed the way it worked with end-users -- and to hear the far-reaching ramifications it can have on everything from satisfaction with IT to patient satisfaction. Hats off to the Munson team for its willingness to scrutinize its way of doing business and redesign standard operating procedure when it realized customers weren't always happy.
Reply  |  Post Message  |  Messages List  |  Start a Board
Editors' Choice
Hot Topics