Despite unsolved problems, healthcare IT has made great strides.

So much attention is paid to the problems in the trenches that it is easy to forget just how far we've come in the past few years. It was only 2008 when the oft-cited DesRoches NEJM survey showed that 4 percent of physicians had a clinically active electronic medical records system (my term for what they called fully functional EMRs). The following year, even an old-timer like me was surprised when a companion survey showed only 1.5 percent of hospitals had such a system.

At the same time, we've been stuck since the 1950s in the fee-for-service paradigm with seemingly no way to extricate ourselves, even though it is clear to most that we need to base healthcare reimbursement on the same criteria that apply to other businesses: quality and efficiency. And yet here we are. Now EMRs are giving way to electronic health records (EHRs), a new generation of systems promising care coordination across practices, patient engagement, and other capabilities in keeping with a new era of outcomes-based reimbursement. 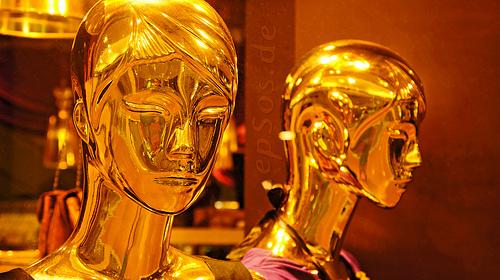 In a recent Deloitte Center for Healthcare Solutions survey of 613 randomly selected physicians, two-thirds said their practice has an EHR system that meets MU Stage 1 requirements (results are +/- 3.89 percent at the 95 percent confidence level). Physician age, employment, and practice affiliation and size were, of course, significant issues.

More interestingly, "U.S. physicians who use HIT are optimistic about its prospects for better care and lower administrative costs once fully integrated," Deloitte concluded. "73 percent of all physicians believe that HIT will improve the quality of care provided in the longer term."

The new Direct paradigm in health information exchange based on light, web-based technologies and approaches seems to be rapidly maturing through the efforts of forward thinkers like Doug Fridsma at the US Department of Health and Human Services and David Kibbe at DirectTrust. In parallel, more than 250 Accountable Care Organizations have been formed, and most major private health insurers have announced plans for outcome-based contracting on behalf of their corporate clients.

Financial incentives matter, and two things seem clear about this payment system transition: It can't be managed without advanced health IT, and it's too early to know what the results will be.

We may not all be familiar with the term "complex adaptive system," but we all have a feel for what happens when policy tries to change the behavior of healthcare -- it finds a way around the desired changes. However, this time the change seems real.

With this as background, where should health IT planners, managers, vendors, and developers be focused? I'll explore this question more specifically in subsequent columns, but I believe at least these key issues should be clear to all.

So, are we in the Golden Age of health informatics? I am the eternal optimist, and I think the answer is yes. However, while we may no longer be completely in the Dark Ages, we've yet to get to the Renaissance.

Maybe that's the teacher in you trying to bring about the optimistic scenario. I've certainly learned a lot from your Coursera course, Health Informatics in the Cloud.
Reply  |  Post Message  |  Messages List  |  Start a Board

I've seen some truly innovative healthcare projects out there that make me optimistic about the state of HIT. The rapid adoption of EHRs is a leap in the right direction. ACOs are paving the way for a new healthcare model by improving outcomes and decreasing costs. At the same time, I have yet to speak with a physician who is satisfied with their EHR. The verdict on ACOs is still out. Regulations are eating up valuable resources that could be spent on innovation. The mining and analyzing of unstructured data is still in its infancy. I see strides the industry has made in the past decade, but I also see a long road ahead.
Reply  |  Post Message  |  Messages List  |  Start a Board

Are you feeling the love for health informatics? Which stands out more, the promise or the problems?
Reply  |  Post Message  |  Messages List  |  Start a Board
InformationWeek Is Getting an Upgrade!