Manufacturing Vs. IT: Mind The Gap - InformationWeek

If your IT organization isn't working to integrate manufacturing with the rest of your enterprise infrastructure, you're hurting the bottom line. Here's how companies such as fashion firm Zara, food processor SugarCreek Packing Co., and General Electric are bridging the gap between IT and the factory floor, with positive results.

If businesses have been automating factories since the Carter administration, why is manufacturing the last acceptable data silo in so many companies? And when will that change?

Until recently, absorbing the factory floor into the enterprise has been too expensive and complex for all but the biggest companies.

Assuming the hardware (primarily sensors) and software needed to gather, disseminate, and analyze manufacturing data continue to evolve at the current pace -- a safe assessment -- the mainstreaming of manufacturing integration should occur in less than a decade.

Integration is part of the Industry 4.0 (also referred to as the Internet of Things or the Industrial Internet) movement, in which factory operations are digitized and decentralized. This concept calls for more automation in the form of purpose-built machinery that responds flexibly to changes in its environment and communicates with other machinery to deal with those changes. Most companies, however, will have to work with legacy machinery.

[How will the Internet of Things change your world? Read 14 Ways IoT Will Change Big Data and Business Forever.]

The factory-floor information becomes part of a larger, ongoing conversation between all stakeholders, from the C suite to departmental teams. The entire supply chain and, conceivably, government regulators would be involved where relevant as well.

Rob Enderle, chief executive of information technology consulting firm Enderle Group, in an email exchange with InformationWeek, ticked off several other benefits to integrating manufacturing with the enterprise:

Industry analyst Gartner's hype cycle, created to gauge the market readiness of emerging technologies, indicates that the Internet of Things (IoT) will reach the "plateau of productivity," or maturity, by 2025.

Scott Amyx, founder and CEO of technology consulting firm Amyx+McKinsey (and an InformationWeek contributor), said that for the last two years, the market has been focused on how get the data. "Next is, what do we do with it?" 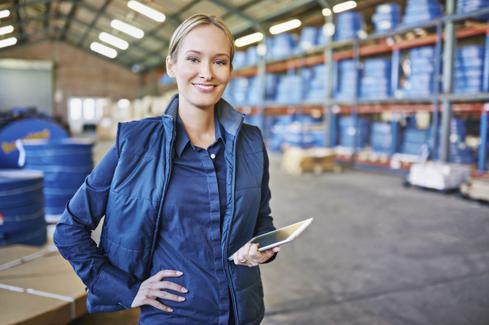 Amyx said IBM seems to have an answer. "It is pushing further than proprietary data to correlate internally produced data with exogenous data," which comes from external sources. The resulting information is richer, more nuanced, and deeper. For manufacturers, it will all start with integration of the whole enterprise.

The Wages of Delay

Sitting out this movement will cost manufacturers and firms with manufacturing units dearly.

McKinsey research indicates that, compared to companies with robust, multi-directional data communications that include the factory floor, lagging companies will suffer:

This is not to imply that every company not speeding into integration is dismissing this innovation. "We've had digital manufacturing here for some time," said Enderle. "But that is part of the problem." Proprietary methods have typically been used to network these machines.

"Now we have the problem of 'good enough,'" Enderle said. "The extra value of integration doesn't yet overcome the cost of replacing equipment that has been well maintained and is very expensive to replace."

The cost goes beyond simply swapping out old machinery, he said. Ideally, a factory "needs to be designed for this integration, otherwise you end up with a kind of Franken-plant, with more (potential) points of failure and some fairly significant security exposures."

Acknowledging hurdles, McKinsey still sees integration -- the enabler of Industry 4.0 -- growing greatly in the near term.

The firm predicted that the Internet of Things will have an annual economic impact within manufacturing of $1.2 trillion to $3.7 trillion in 2025.

Enderle said integration is "reasonably well-penetrated" in the pharmaceutical industry, some food companies, and some automakers, including Tesla.

Integration in Bacon and Fashion

Food processing company SugarCreek Packing began integration two years ago, when Ed Rodden took over as CIO. Rapid growth of the company, with revenue of $650 million, has made connecting to the enterprise easier. It hasn't had to rip out as much infrastructure to install sensors and other systems.

SugarCreek spent $6 million in 2015 on data systems for a new manufacturing plant in Indiana, a pre-existing 420,000-square-feet facility. Video cameras make up most of the sensors at that location, Rodden told InformationWeek.

When he started at the company 11 years prior to taking the CIO post, Rodden said, "We had an ERP implementation, but we were manually entering information. It was pretty backwards. Today we have a fully realized ERP." What's more, in its facilities updates, SugarCreek has moved ahead of a lot of much more massive companies in integrating manufacturing on the way to an Industry 4.0 standing.

A significant part of the factory upgrade involved meat "trees," or hangers that collected and transmitted data to the enterprise over a custom-built sensor network throughout the three-day process of curing bacon. Factors measured included humidity, room temperature, oven temperature, pig-belly temperature, and salinity.

In Spain, Zara is a successful, hyper-flexible, global clothing maker that has inspired a new category of chic -- fast fashion.

Zara is a model for how fully integrating manufacturing into the enterprise can play a profound supporting role in rapidly changing markets, said Amyx of Amyx+McKinsey.

The company dominates its competitors with its ability to rapidly design, make, distribute, and sell small lots of fashionable clothing that draws buyers the way catnip lures felines.

According to a Harvard Business Review article, the media-shy outfit is so integrated that designers, who sit among production staff, act on fresh information from store managers, sending specifications for trending garments "directly to the relevant cutting machines" in its own factories. Fifteen days later, the garments are on Zara store shelves worldwide.

General Electric is a vocal proponent of integrating manufacturing, a process it calls the Industrial Internet. GE is moving ahead quickly. It has deployed 3D printers to make critical aviation parts.

"The greatest revolution in industrial process control is the hardware itself," said Jean-Pierre Garbani, vice president and principal analyst in IT consulting firm Forrester Research's infrastructure and operations practice, in an interview.

Two decades ago, Garbani said, he helped create an application designed to link ERP systems with factory floors, but couldn't get any bites. He said he shopped it to software maker SAP GmbH and electronics maker Square D, among others, but was told no one was interested in the idea.

Taken together with cheaper sensors, aggressive competition globally, and tighter margins, manufacturing and IT might be cheek-by-jowl by the end of this decade.

I think GE is leading the way to Industrial Age 4.0. Granted we are at the information collecting stage and preliminary analysis of that data with the Internet of Things. But we're headed toward much greater intelligence embedded in our analytics systems and an ability to spot trouble at an early stage with manufacturing equipment. GE's battle cry is, "No down time." That would be an entirely new age in manufacturing.
Reply  |  Post Message  |  Messages List  |  Start a Board

I have concepts about Industry 4.0 for quite a while, but did not know there was a term for it.  Thanks for pointing it out, which causes me to look up Industry 2.0 to 4.0.  Although the promise of 4.0 is quite alluring, I doubt we will have a sea of change to 4.0 within 20 decades.

It's no surprise to me that the companies that are on 4.0 tends to be smaller and newer.  GE can't be really counted on as knocking 4.0.  The promise of 3D printing for GE is significant fabrication cost saving and the removal of design constraints because of manufacturing limitations, not necessarily a step toward 4.0.  As for IT and manufacturing actually getting closer to one another, it will take a while since old habits die hard.  Within IT, there are plenty of inherent problems that IT needs to resolve within itself before the data spills over to the manufacturing side (without considering Big Data's own problems).  On manufacturing side, I've seen plenty of production machines that are still stuck on Industry 2.0.  Until Industry 4.0 provides significant advantages, 2.0 machines will likely stay where they are.  Wringing more productivity out of existing 3.0 machines & processes is also a good pre-condition for 4.0.

Although I am hopeful for Industry 4.0 and IT/manufacturing working side by side, it would likely happen a lot later than we would like.