Is SD-WAN a Better Bet for Unified Communications? - InformationWeek

As momentum continues to build for managed services with SD-WAN, providers try to make the case to migrate communications to these networks. 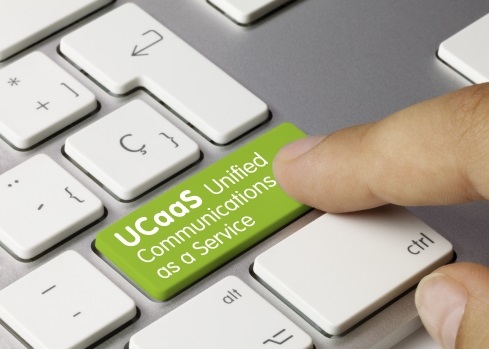 When organizations plan for digital transformation, there might be some discussion of bringing managed services, such as SD-WAN, into the mix. Many enterprises may have on-premise unified communications, but some vendors are pitching the possibility of running such services over software-defined, wide area networks. This push might ride the wave of growth expected for migration to managed services.

A report issued in February by market research firm Global Market Insights projected the SD-WAN market to exceed $17 billion by 2025. Furthermore, the report estimated that managed services in SD-WAN could grow at a compound annual growth rate of more than 65% from 2019 to 2025. Networking consultancy Vertical Systems Group has likewise tracked migration to managed SD-WAN in July and posted a blog that projected the domestic market for carrier managed SD-WAN Services could rise to $4.5 billion by 2023. In May, however, the firm issued a blog post that slightly tempered expectations for SD-WAN, calling such migration “a more complex undertaking than has been pitched to date, particularly for larger enterprise and global networks.”

If SD-WAN can prove its value, companies such as Aryaka and MNJ Technologies believe that there is an opportunity for it to serve as the virtual back bone for unified communications as a service (UCaaS).

Dave Ginsburg, vice president of product and solutions marketing for SD-WAN provider Aryaka, says he expects most enterprise deployments for networking and communication will shift to managed services, away from do-it-yourself setups. “It will be a five to 10-year migration process,” he says. “I see a lot of staying power with SD-WAN because of its flexibility and its multivendor acceptance.” Aryaka works with global multinationals that have presences across multiple regions and continents. Ginsburg says his company facilitates UCaaS but is not a provider of the service, working with suppliers such as 8X8 and RingCentral. 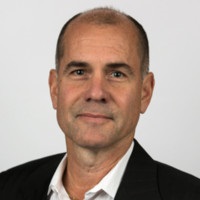 Talk of moving unified communications, which combines voice calls, instant messaging, and video calls, from on-premise to an SD-WAN could get some pushback from enterprises, Ginsburg says. It can be a matter of technology and business considerations that must be weighed. On the business side, organizations want a clearer view of the valuation of SD-WAN, he says, before acting upon such a plan. “Once they get over that barrier and see it as part of their transformation, it’s pretty simple to connect the dots,” Ginsburg says.

That could still be a difficult sell for organizations that already have a “vanilla” communications provider who handles upgrades to the system. Ginsburg says that a comparison with SD-WAN performance could change their minds.

Managed services provider MNJ Technologies believes UCaaS being moved to the cloud is taking off through such companies as RingCentral, Jive Communications, Cisco, and 8x8. Ben Niernberg, senior vice president for MNJ Technologies, says the intent behind using SD-WAN for UCaaS is to gain more control over where voice packets go and to improve overall call quality. Organizations want to ensure their voice traffic is not hampered by calls cutting out, he says, or jitter in the audio. “With failsafe technology, calls don’t get dropped,” Niernberg says. “Basically, you’re becoming the Waze of voice traffic.”

Niernberg says UCaaS and SD-WAN have followed comparable trajectories, however UCaaS saw a tad faster adoption on its own. Now he says the increased exposure of SD-WAN is picking up the pace for both. There may be some trepidation among on-premise call managers, he says, about moving to a cloud-based solution, but with the right convincing the benefits could start to win them over. “We’re at the point now where SD-WAN is readily accepted for what it can do for customers,” he says. Advantages he lists for SD-WAN include reduced costs, improved data flow, and better end-user experience. “SD-WAN is made for layer 7,” Niernberg says, referring to the application layer of the Internet.

Ginsburg says UCaaS on well-architected SD-WAN could minimize latency and jitters, which may lead to better user experience and higher productivity in enterprises. He believes that could benefit organizations with personnel in distant regions that must connect back to headquarters. Distance can play a factor, he says, with traditional infrastructure meant to support unified communications. “The internet as a whole is highly unoptimized in terms of latency and the potential for packet loss across the wide area,” he says. It may still be essential to address the complexities of migration brought up by Vertical Systems Group before SD-WAN enjoys wide adoption as a backbone for unified communications.

Joao-Pierre S. Ruth has spent his career immersed in business and technology journalism first covering local industries in New Jersey, later as the New York editor for Xconomy delving into the city's tech startup community, and then as a freelancer for such outlets as ... View Full Bio
We welcome your comments on this topic on our social media channels, or [contact us directly] with questions about the site.
Comment  |
Email This  |
Print  |
RSS
More Insights
Webcasts
The Failures of Static DLP and How to Protect Against Tomorrow's Email Breaches
ROI and Beyond for the Cloud
More Webcasts
White Papers
MPLS, SD-WAN and SASE
Zero Trust Evaluation Guide
More White Papers
Reports
How Data Breaches Affect the Enterprise (2020)
2020 State of Cybersecurity Operations and Incident Response
More Reports