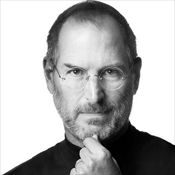 Maybe the best thing about Steve Jobs was that he wasn't officially an engineer. Think about it. Engineering teaches many very good habits: discipline, a cognitive way of thinking, a symbolic logic of problem solving.

I've spent my entire career hanging with engineers, and no one appreciates their talents more than I do. But engineering can stifle creativity. From Day One, when they first open their cute little lab books, engineers live with a rigor; they want the world to be at a sort of intellectual attention. They want to order facts. They want to represent reality in a set of firm parameters.

Jobs did work for Atari, helping to build a circuit board for Breakout, and he certainly imposed his will and vision on a generation of engineers. He was smart enough to recognize the genius of Steve Wozniak, who designed and built the Apple I. Woz once said: "Steve didn't ever code. He wasn't an engineer and he didn't do any original design." But it was Jobs who came up with the idea to actually build and sell those Apple Is.

We need engineers, but we also need artists. And Jobs was more artist than engineer. And a revolutionary. And a turnaround specialist. And a polymorph.

And a politically incorrect bully. He would bully people he thought were compromising on design or quality, people who weren't thinking or delivering as he did (nearly everyone), people who were just making human mistakes or who couldn't see what to Jobs was so very obvious. "Be a yardstick of quality. People aren't used to an environment where excellence is expected," he said. 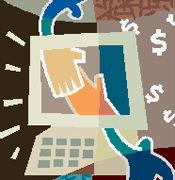 Jobs once agonized over the color of two little screws inside an Apple computer that no one would ever see. For most engineers, design is something grafted on after the "hard work" is done. For Jobs, design was paramount. User interface was the Eleventh Commandment. He would sweat the details, and holy hell would rain down on those who cut corners.

Jerry Kramer of the Green Bay Packers once said that Vince Lombardi treated all players equally -- like dirt. Steve Jobs had a little of that in him too. His biological sister, Mona Simpson, wrote a book in which the protagonist, someone so like her brother Steve that it hurt, couldn't be bothered to flush toilets. Make your own conclusions.

But don't forget to give Jobs credit for the NeXT computer, whose object-oriented software system would handle email, voice, image and collaborative work. And remember that Tim Berners-Lee designed the World Wide Web on a NeXT computer while he was at CERN.

For the longest time, I was angry at Jobs. I had switched my company from all IBM PCs to all Apples, but then I couldn't get the software I needed to run the company because the third parties were not writing for Apple. It had only 3% of the market. Yes, it was the smartest 3%, but that didn't help me. So I had to switch back to IBM, wasting time and money.

I thought that Jobs and I had an implicit contract: I would standardize on Apple computers; he would make sure that the software I needed to run my company would quickly follow. It didn't. But Jobs learned from this experience. He learned that he wanted to control all the parts of the product and that counting on other companies meant a series of compromises. Jobs may go down as many things, but "compromiser" wasn't one of them.

Jobs is often compared to Thomas Edison, and that comparison falls short on two counts. First, Edison was a consummate businessman and Jobs was a so-so businessman (even though Edison never created great personal wealth and Jobs was among the richest Americans when he died in 2011). Second, Edison changed the world essentially in one way, through electricity. Jobs revolutionized consumer electronics, software, computers, retailing, music and film. And even maybe television if the soothsayers are right.

Steve Jobs was more like Leonardo di Vinci, an artist and a thinker, or Howard Roark, the hero of Ayn Rand's The Fountainhead, who would never compromise his design for commercialization. But even that latter comparison is wrong, because Roark in the end needed architectural commissions. Jobs created his own "commission" -- hordes of customers who bought Apple products because they were technically advanced and elegantly designed, and because there's a little of Steve Jobs in everyone.