Celebrate President's Day with our votes on the best technological milestones ushered in by our nation's leaders. 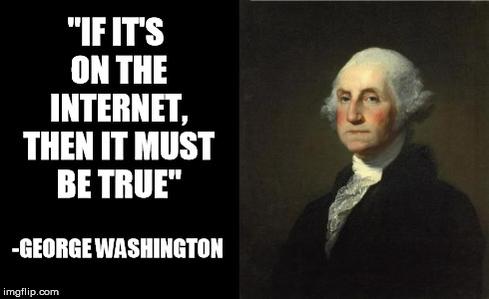 The President of the United States has a lot of really important jobs, but one of the more interesting jobs is to be a cheerleader for the economy. In that role, Presidents have often appeared conspicuously using new technology to show how innovative and important it is to the American economy. Teddy Roosevelt flew in one of the Wright Brothers' early planes (after leaving office). William McKinley was the first in a car.

It is one thing to show off a technology so you can pump the economy. It is another thing entirely to implement that technology into your government. The relationship between technology and the US government has always been a little uneven. The US put a man on the moon. That's the good side. On the bad side, there are the rumors that many US government departments are still running Windows 98. We've seen some technologies adopted quickly by the government, and some taking a long time. Presidents were driving in cars before General Motors was even founded, but it took more than 30 years and a World War to get POTUS in an airplane.

In honor of President's Day weekend we're looking at major IT milestones, and which President was in office when the government adopted that technology. You can get a real handle on which Presidents were forward thinking, or which technologies really captured the imagination of the country, by how long it took the US government to put it to use.

I won't ruin it with spoilers, but I bet you'd never guess who was the most forward-thinking President of the bunch. In fact, I bet you wouldn't name him unless I gave you at least 40 guesses. Let's just say he’s got a very special phone number.

You'll also be surprised by the first PC in the White House, who really launched the space race, and who sent the first email. Check out the list of your favorite technologies, and which Presidents put them to use. Consider which ones surprise you most. And then take a guess on the near-horizon technologies that future Presidents will put to use in the Oval Office. Tell us all about it in the comments section below.

Technorati, When was the last time you have been to a library? :( There are computers in every library I know. I don't agree with your last sentence. :( I think otherwise. And, if the White House can't afford the best cybersecurity experts in the US, who can? -Susan
Reply  |  Post Message  |  Messages List  |  Start a Board

Dave, you make a great point about how leaders set the stage and climate for evolution of both businesses and governments. I find it hard to believe the President doesn't use a computer. I would hypothesize that there isn't one in the Oval office because it's kind of public environment for meeting with staff, visitors etc. and the Presidents computer communications are protected by specialized technology etc. Imagine if someone could just forward and email from the President? I am sure there is lots of cool technology that is used to communicate in the highest level of governments. Sadly we'll never see how cool it is!

And, Technorati? Do you have any logical explanation? :/

What is the reason for having no computer in the Oval Office? There has to be a reason. How do they get things done? Oh. I know. Maybe they actually spend most of the time in another office where there is a computer.

Seeking a Competitive Edge vs. Chasing Savings in the Cloud Joao-Pierre S. Ruth, Senior Writer,  7/19/2021
White Papers
How to Plan for Endpoint Security Against Ever-evolving Cyberthreats
Identity Detection & Response (IDR) as a Solution for Identity-Based Attacks
Understanding the Most Common Lateral Movement Attack Tactics
Cyber-Resilience Is a Must Have in the Next Normal
Run and Transform