If Solar Impulse 2 successfully completes its planned journey through Europe and back to the Middle East, it will have accomplished something previously believed impossible: heavier-than-air flight fueled only by the power gleaned from the sun's rays.
Charles Babcock
Editor at Large, Cloud
June 19, 2016 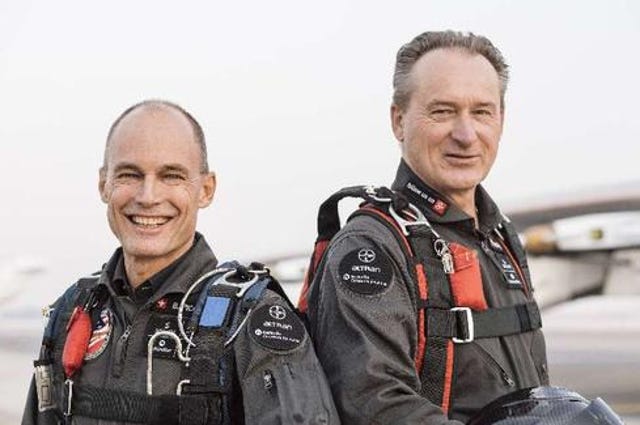 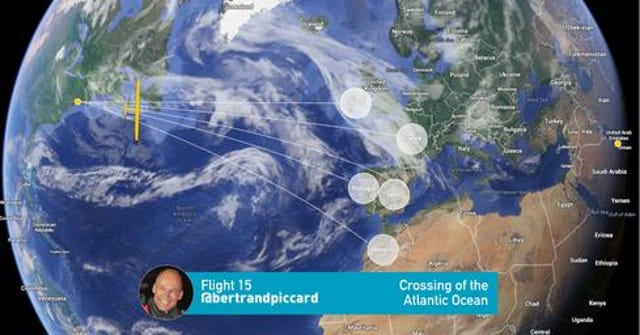 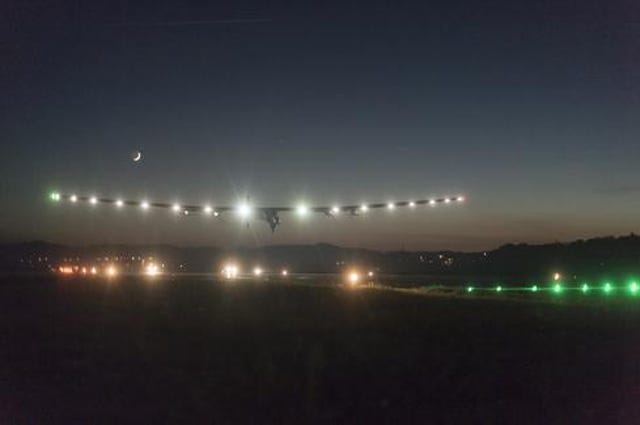 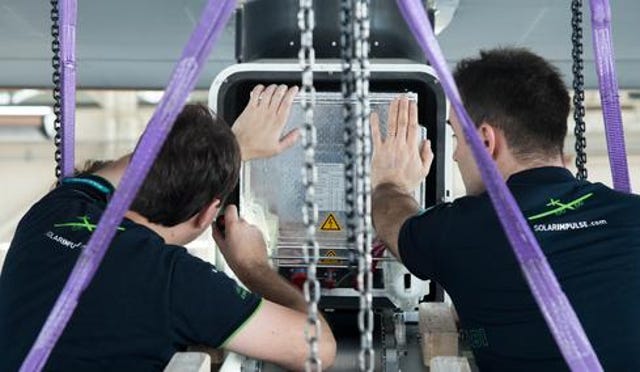 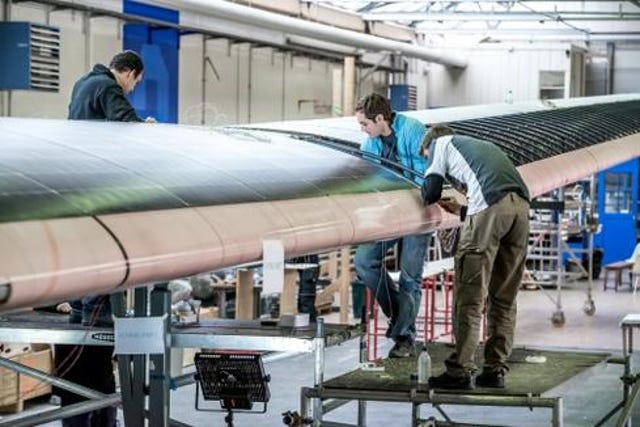 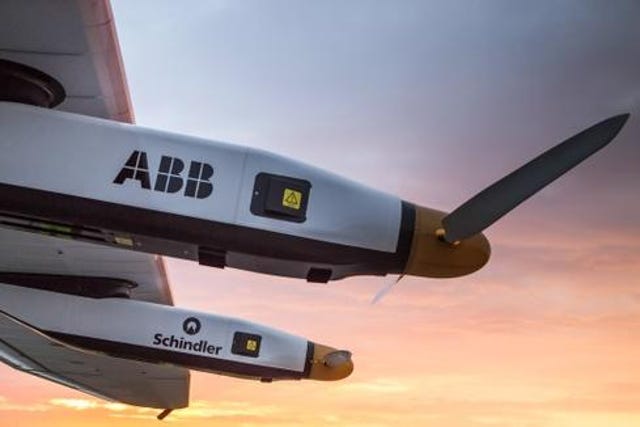 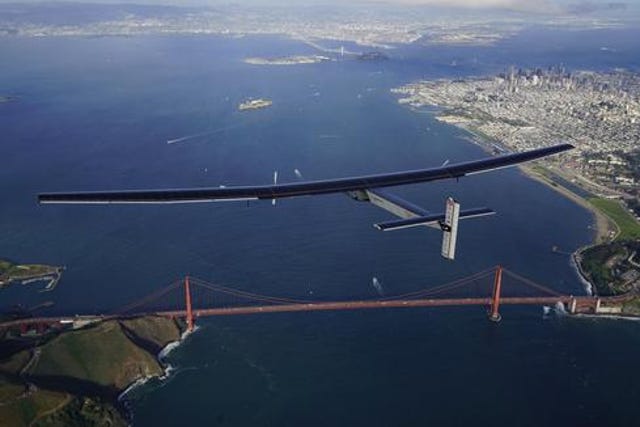 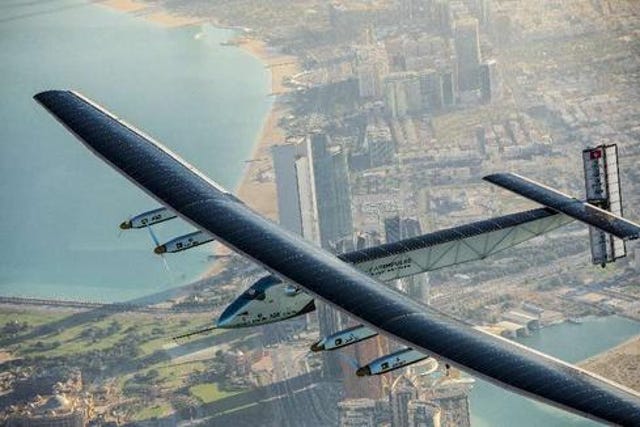 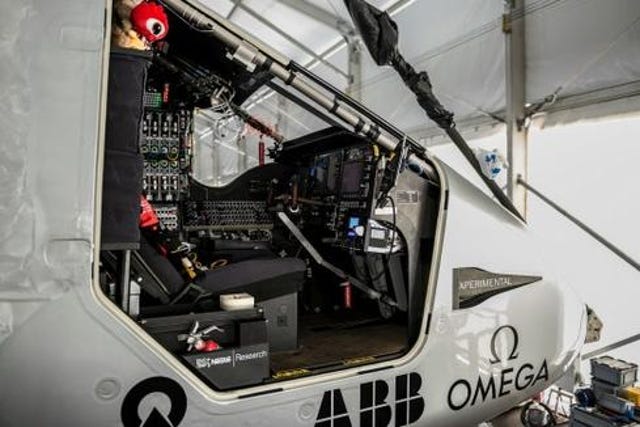 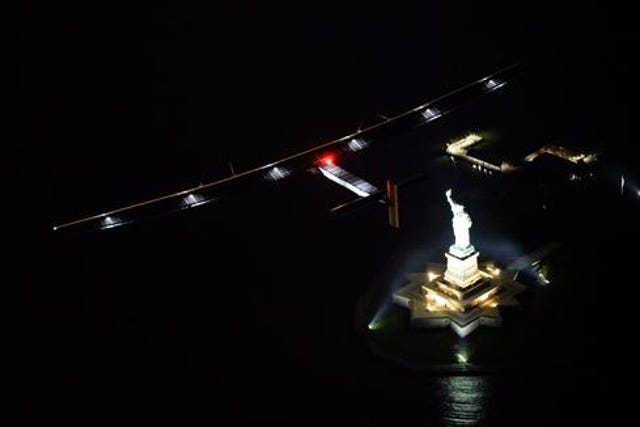 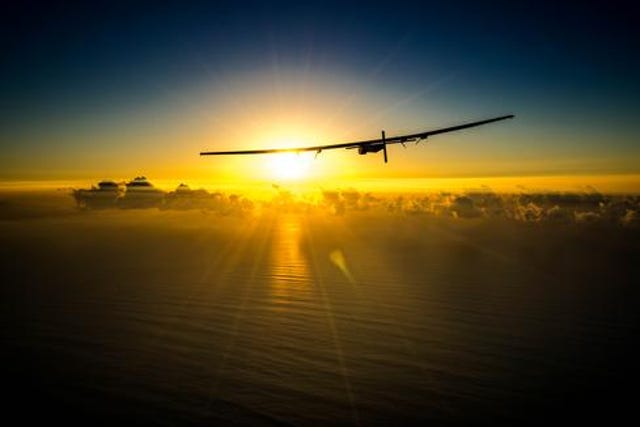 Would you want to fly around the world in an airplane powered only by the sun?

The two pilots handling Solar Impulse 2 have been doing exactly that. The solar-powered airplane set out from Abu Dhabi, in the UAE, on March 9, 2015, and is making its way around the world in a sequence of long hops. It's doing so without using a drop of aviation fuel. Its 236-foot wingspan is covered with solar panels, allowing Solar Impulse 2 to generate all the power its four electric propeller engines need for flight.

After leaving Abu Dhabi, the aircraft faced a nine-month layover in Hawaii. Its batteries needed to be replaced and a new manual cooling system installed and tested. Solar Impulse 2 reached the US mainland April 23, 2016.

(Editor’s note: Solar Impulse 2 took off at 2:30 am ET from JFK on June 20, headed for Seville, Spain. Live streaming of the Atlantic crossing can be found here.)

At press time, the plane was scheduled to depart John F. Kennedy International Airport in New York for its Atlantic crossing on the morning of June 20. If the aircraft successfully continues its planned journey through Europe and back to the Middle East, it will have accomplished something previously believed impossible: heavier-than-air flight fueled only by the power gleaned from the sun's rays.

The aircraft is manned by two Swiss pilots, Bertrand Piccard and Andre Borschberg. Piccard flew the plane from Hawaii to San Francisco, landing the unwieldy aircraft on April 23 at Moffet Field near Mountain View, Calif.

After landing in Mountain View, in the heart of Silicon Valley, the pair visited other US cities: Phoenix; Tulsa, Okla.; Dayton, Ohio; and Lehigh Valley, Pa., northwest of Philadelphia. A planned flight to New York City was cancelled June 7 due to bad weather, and then successfully completed a few days later, on June 11.

Piccard and Borschberg are now positioned to undertake what will be perhaps the most hazardous leg of the journey: a flight across the Atlantic. Although they may try a direct eastward dash to Paris, they are more likely to take the northern route, as Charles Lindbergh did in 1927.

On the northern route, the Solar Impulse 2 can find an emergency airfield along the way by sticking near the New England shoreline and that of the Canadian Maritime provinces. After skirting Nova Scotia and Newfoundland, the aircraft can fly over water and soon reach Greenland, Iceland, the Faroe Islands, and then Ireland. Authorities can be notified and rescue vessels ready along each segment of the route.

Its broad wingspan makes the aircraft vulnerable to storms, which can blow up quickly over the Atlantic any time of year. High winds in the upper atmosphere can blow it off course. A gust of wind that tilts it more than 8.5 degrees is capable of plunging it into a dive from which the pilot may not be able to recover.

Still, Lindbergh made it across the ocean 89 years ago in the Spirit of St. Louis, beating the 10:1 odds Lloyds of London had placed against him making it. Lindbergh's fragile aircraft would now be considered archaic. (His forward view was obstructed by the plane's gas tank.) If the Spirit of St. Louis could make the trip almost a century ago, why isn't Solar Impulse 2 assured of completing the same journey?

With our frequent travel on jetliners, we have forgotten (or prefer not to ponder) how hazardous it can be to fly across an ocean. But, a little more than two weeks before Lindbergh accomplished his crossing, Charles Nungesser and Francois Coli took off from Paris in their custom-built Levasseur PL8, the White Bird, trying to reach New York City before anyone else did. After leaving the coast of France, the big biplane flew out to sea and was never seen again.

Like Lindbergh, Piccard is scheduled to attempt the Atlantic crossing by himself. He has even suggested he may try to land at the same airport as Lindbergh did, Le Bourget, outside Paris.

Unlike Lindbergh, one thing Piccard isn't worried about is running out of fuel. Solar Impulse 2 can generate replacement energy as fast as it uses it. Nevertheless, a life raft is carried in the small cockpit. Just in case.

(All images courtesy of Solar Impulse 2)