Among Android apps, you'll find some jewels--and many stinkers. Here's our top 10 list of Android apps to skip, including a few names you might not expect.
Jim Rapoza
Contributor
November 17, 2011 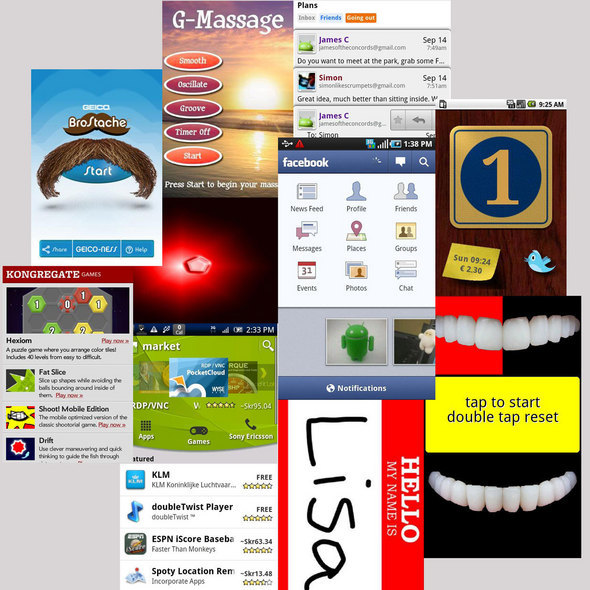 When it comes to mobile devices, operating systems tend to grab most of the headlines. But it is the apps that can make or break the device--and that tend to be the most helpful to users. As our recent list of 10 Epic Android Apps shows, great apps can help you be more productive, assist in travel and communications, and provide fun and diverting entertainment.

But for every great app, there are several apps that fail to make the grade. Bad apps can cause frustration, lead to delays in getting things done, and just waste space on your device.

What makes for a bad app? Well, apps can fail in a number of ways.

They can be apps that you use every day, but also curse constantly, because they make tasks that should be simple tougher than they need to be. A bad app can also be one that causes system instability, uses bandwidth unnecessarily, or is just generally buggy. And an app can fail by being completely useless.

In this list of the 10 worst Android apps, we've included some that come pre-installed on every single Android device. These are apps that you often have to use--but probably wish that you didn't. Also included are some apps whose very reason to exist is questionable at best. And in one case, we've included an app that proved to be buggy, unable to deliver on its promise, and unable to withstand the forward movement of technology.

Of course, with more than 250,000 apps on the Android Market, and given the fact that Google lets pretty much any developer create apps for the Android, you've probably seen a large number of bad apps available for Android devices. This is our list of the 10 Worst Android Apps. Using our comments section, let us know which bad apps would make your top 10 stinkers list.